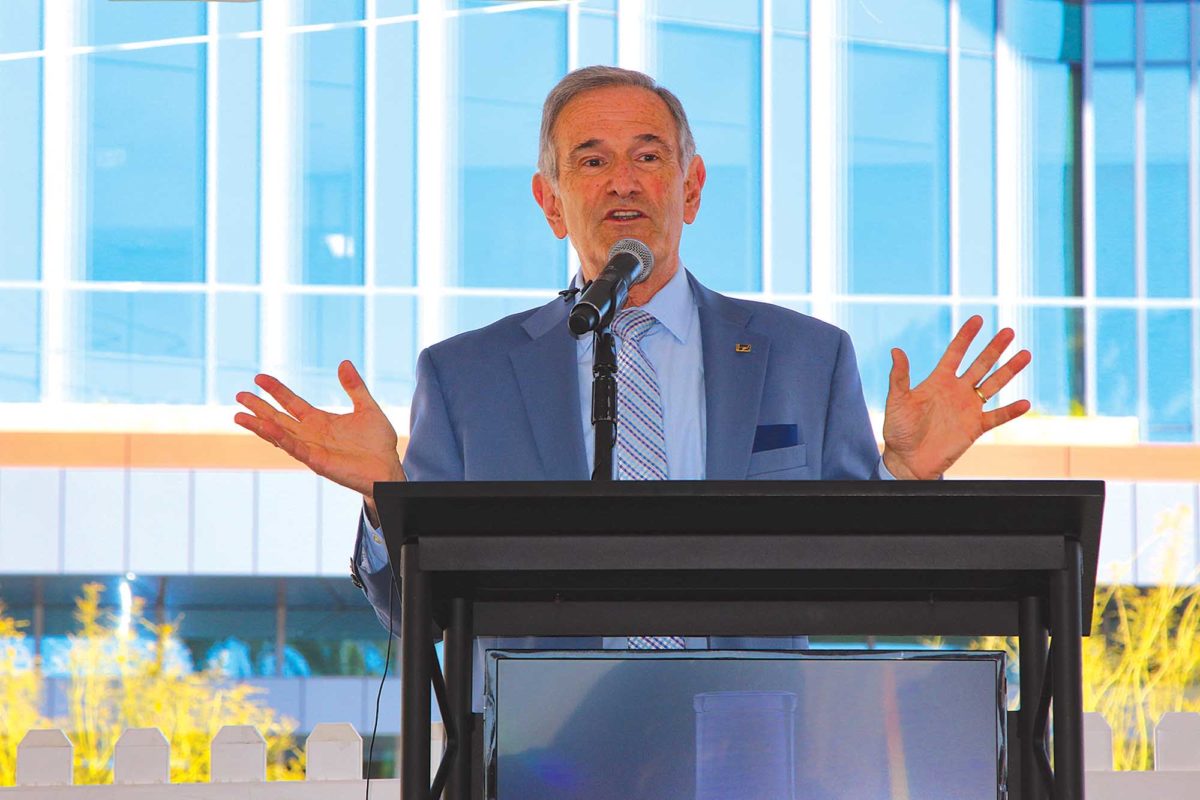 The opening of the glass-clad, silver framed, cubist-inspired LA BioMed MRL (Medical Research Laboratory) was celebrated Saturday with a ribbon cutting and tour for supporters. LA BioMed (Los Angeles Biomedical Research Institute ) is in Torrance, next to the Harbor-UCLA Medical Center.

Architect Braulio Baptista, whose firm ZGF designed the $63 million, four-story, 78,000 square foot building, said its iconic appearance is intended to mark the lab as a world destination for bioscientists.

LA BioMed CEO David Meyer added, “It will help us recruit and retain the best investigators (researchers), giving them world-class labs and workspaces.” 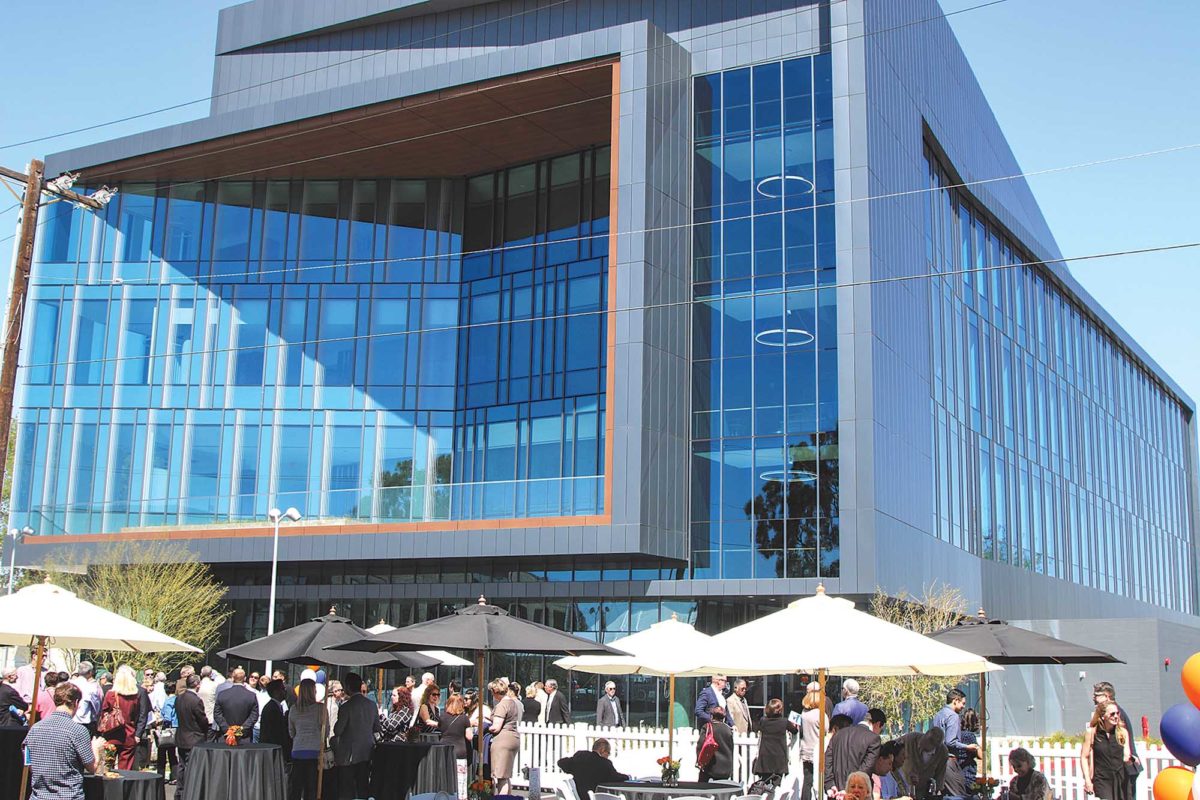 The new LA BioMed research laboratory was designed to make a statement about LA BioMed’s achievements. Photo by Kevin Cody

The facility includes an 18,000 square foot, third-floor incubator, with offices and research stations for 30 start-ups. LA BioMed has launched 13 successful startups in the past 12 years, Dr. Meyer told the approximately 100 guests.

Meyer thanked Los Angeles County Supervisor Mark Ridley-Scott and Peninsula residents Melanie and Richard Lundquist for contributing the $6 million needed to avert a budget shortfall and complete the incubator. In February, the Lundquists commemorated their 70th birthdays by contributing another $70 million to LA BioMed.

Meyer also thanked LA Biomed’s nearly 400 investigators. Speaking on their behalf was Dr. Jack Edwards, who has studied mycology (fungi) at LABioMed since the late 1960s. In 2017, Edwards was awarded the Rholda Benham Award for “outstanding contributions to medical mycology.”

The Palos Verdes Estates resident recalled working in World War II Quonset Huts when he joined LA BioMed in the late 1960s. The facility was a military base during World War II.

“We had raccoons, feral cats, and dogs, frogs and coyotes. We showed what could be done with limited resources,” Edwards said.

“You have made a noble effort a reality,” Edwards told the guests.

In 2020, LA BioMed is scheduled to break ground on a 15-acre BioCenter tech park for startups founded by its incubator investigators. Proceeds from the startups help fund LA BioMed. The tech center’s architect will be Johnson Fain, whose other clients include biotech pioneer Genentech and California Universities Cal, Santa Barbara and Irvine.