“Le Trou” – Whole in so many ways [MOVIE REVIEW] 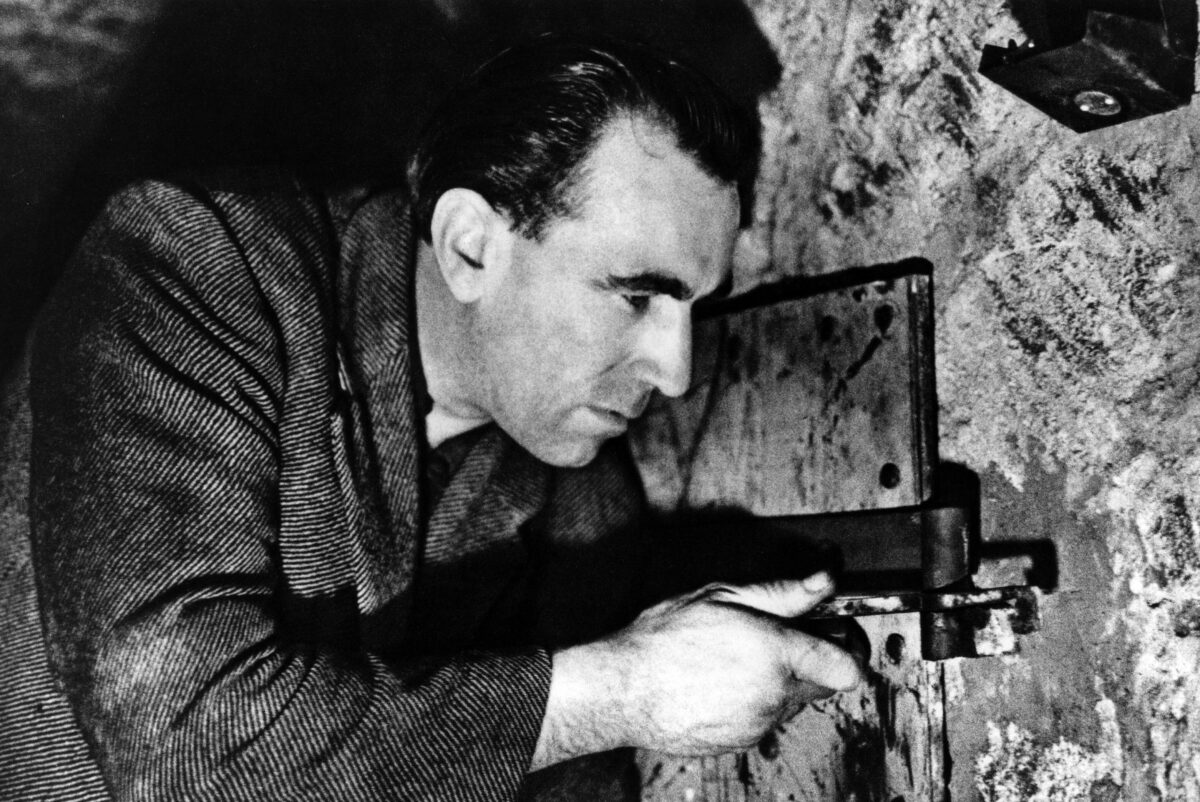 Thousands of prisoners have been incarcerated at La Santé prison in Paris since 1867 and many were guillotined, a practiced that was abandoned when the death penalty was ended in 1981. Only three have ever escaped.

“Le Trou” (“The Hole,”) originally released in France in 1960 and the U.S. in 1964, presented now in a beautiful 4K digital restoration, was the last film and masterwork of French director Jacques Becker who co-wrote the screenplay with Jean Aurel and José Giovanni, author of the novel based on a true story; a true story, it turned out, that was part of Giovanni’s autobiography.

The plot is simple, and that is the only thing straightforward about this film. Four men, incarcerated in La Santé prison in Paris, awaiting their trials on serious charges, are determined to break out before they are sentenced. It is not a question of guilt or innocence, and none of them are innocent, but one of inevitability. Roland, one of the four, has been able to break out of prison before and the other three, Manu, Monsignor, and Geo are counting on him to do it one more time. They have been plotting for months and are about to implement their plan when unexpectedly a newcomer is placed into their already at capacity cell. Gaspard, a rich kid who has been charged with attempted murder by his wife, a charge he denies. Nevertheless, the others convince him that the deck is stacked and he will surely go down for a minimum of 10 to 20 years, because in their world you always go down. Their dilemma: can they trust this newcomer and do they have a choice?

This is, indeed, a thriller and a highly effective one, as Becker painstakingly takes us on their hoped for journey to freedom. Prison life is excruciatingly boring and Roland, Manu, Monsignor and Geo pass their time during the day making boxes for pennies. No altruism here, though; the stacks of boxes are great cover for the escape hatch they have already started. Each, including Gaspard, will take turns entering the claustrophobic hole and chipping away at the rock with the tools created by Roland as they get closer and closer to finding a way into and then through the labyrinthine tunnels below the prison. 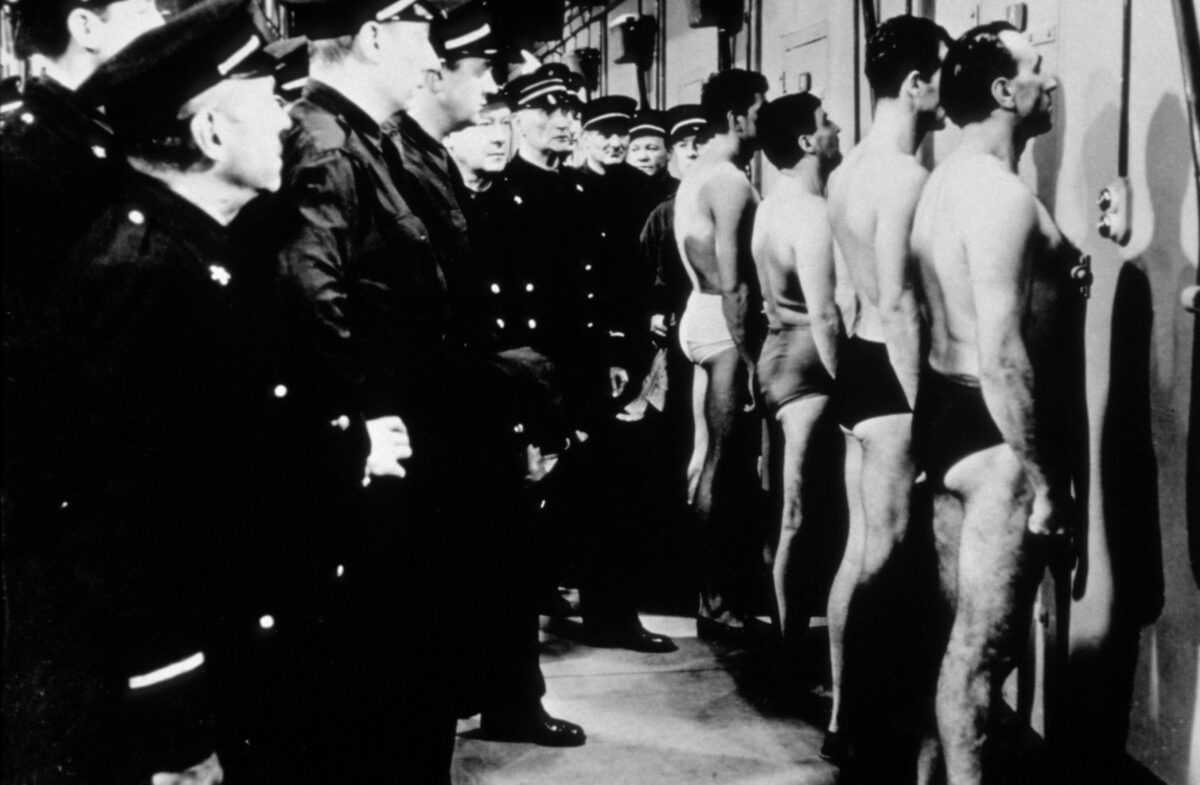 Aiding Becker enormously in creating the tension is the cinematographer, Ghislain Cloquet. Whether in extreme close-up or by framing two men in the tunnel as they disappear down a corridor, the light becoming a smaller and smaller triangle, Cloquet has created a prison within a prison. His shots are at once surrealistic and expressionistic, highlighting and exaggerating the enclosure and the guards who keep them there. The editor, Marguerite Renoir, ex-wife of director Jean Renoir, Becker’s mentor and employer for many years, aids in seamlessly cutting from tunnel to cell to corridor, never allowing the viewer a release from the building tension.

As François Truffaut remarked in an analysis he wrote on this film in his book, The Films in My Life (DaCapo Press, 1994), “The film moves forward without any pauses or digressions. Every movement, every picture moves the action onward. For the five characters in Le Trou, there is only one goal and only one way to reach it. They advance toward freedom as Becker advances toward the appearance of pure documentary.” Becker’s style is like a fictional cinema verité; we live every important moment with these men, almost sweating as they toil below ground.

The casting was nothing short of brilliant. Becker, influenced by the great Italian film The Bicycle Thief in which Vittorio De Sica used only what he called “amateurs,” Becker chose non-professionals for his five leads because he wanted the audience to feel a deeper sense of realism, connection, and true emotion often not present in the performances of established actors. Becker, the lead actors and the crew lived and worked together throughout the filming, much of which was shot at La Santé where the original escape took place. The bond they established is visible on screen. Philippe Leroy, Manu, served many years in the French Foreign Legion, conveys sensuality, intensity and desperation to such an extent that one fears as much for oneself as for him. Following this film, Leroy went on to a major film career in France, Italy and the United States. Michel Constantin (Geo) and Raymond Meunier (Monsignor) each ended up with long résumés in film and television as character actors well into the 1990s. Marc Michel (Gaspard) so effective as a callow yet naïve youth, is best remembered after this, his first film, as the young man who married Catherine Deneuve in The Umbrellas of Cherbourg. And yet it is Jean Keraudy as Roland who most impresses with his intensity and depth. Surprisingly, this was Keraudy’s only film. His casting, however, is what might be considered an inside job because he was, in essence, playing himself. He was the escape artist of Giovanni’s so-called novel. Keraudy, in and out of prison since his youth, had lived this role, literally and figuratively. Becker used 3 of the original 5 inmates in the production and what Keraudy brought to the role and the influence he exerted on the others could only have been by way of life experience. Surprisingly, although he was the inspiration for other literary characters in Giovanni’s subsequent novels, he never acted again.

Becker masterfully established character in subtle ways that only come clear after a first viewing, and I say first viewing because this film is worth being seen again and again. Watch Gaspard as he hands over his gold lighter to the warden, instantly establishing who he is, where he comes from and his naïve trust in others in authority. Manu is first seen with his shirt off, seemingly to display his magnificent body but in reality to reveal his discomfort at the constraint of his surroundings. Each character, in turn, has a minor “tell” of character but the viewer has to be on guard to catch it, whether it is the doggedness of Roland’s actions or Geo’s deceptive laziness.

Becker, it should be noted, was revered by many of the directors of the “New Wave,” a group that despised almost all who came before them. Jean Pierre Melville (Bob le Flambeur, Le Doulos, Les Enfants Terribles), writing in the Cahiers du Cinema in 1960 considered  Le Trou to be the greatest French film of all time. Truffaut, again from The Films in My Life, wrote, “Becker was the most reflective filmmaker of his generation, and the most scrupulous; he asked himself the most questions.” And finally, Bertrand Tavernier (The Clockmaker of St. Paul, ‘Round Midnight), considers Becker his master. A pity he never knew of these tributes as Becker died shortly before the release of this, his final film.