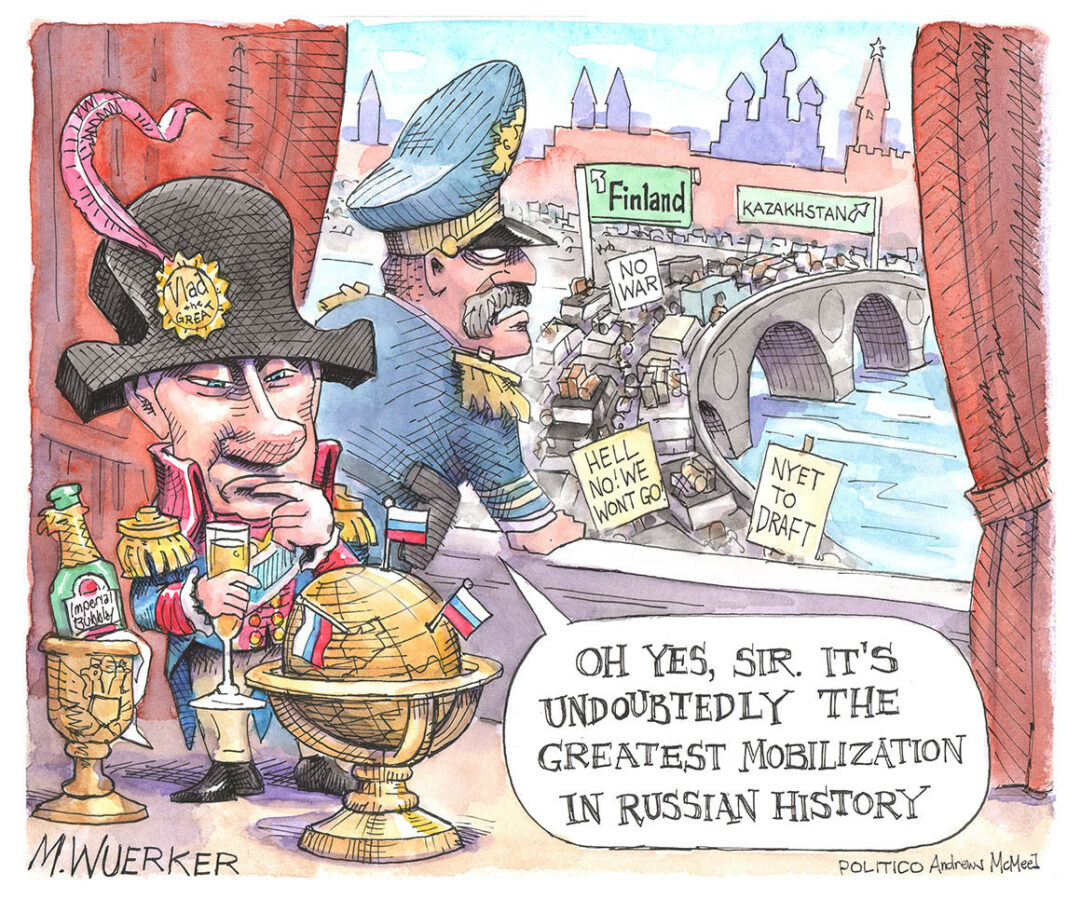 Having been a long-time Manhattan Beach resident, and having served as a public school teacher, an administrator, and a superintendent, I would like to share my thoughts after attending the School Board Candidates Forum hosted by the Chamber of Commerce on September 29.   Anytime three board candidates run as a block, it is a prescription for divisiveness and foreshadows that they will not collaborate with others. When a candidate says more than once “I don’t know” how to deal with very basic budget questions, is that a person you want to be in charge of MBUSD’s $93 million balance sheet?  When a candidate says, “I don’t know how the Board and Unions work,” is that a person you want to follow the protocols of which a board must adhere?  When a candidate uses the term “Back to Basics,” it is a dog-whistle for a political agenda. When a candidate has no experience or involvement in education, is that a person you want to be in charge of one of the top performing school districts in the state? When a candidate constantly uses anecdotal references such as “I heard …”, how do you rely on that information?  Anecdotal references are meant to elicit  emotion. I do not know anyone running for the School Board, but after carefully listening to their responses, it was apparent only Jen Fenton, Tina Shivpuri, and Wysh Weinstein have the qualifications to be outstanding Board Members. They are independent, knowledgeable candidates who should be voted to serve on the Board of Trustees for MBUSD.

Earlier this year Redondo’s Springfest was canceled after 40-plus years because the North Redondo Beach Business Association NRBBA couldn’t raise funds to hold the event. The NRBBA’s executive team couldn’t secure sponsorships, affinity agreements, hold an auction with donated items, sell coupon books, or work with local businesses in any material way. Less than $30,000 to continue a longstanding tradition was too great a bar to meet, an abject failure to the community. Incredibly, the NRBBA executives failed to approach the City of Redondo at any of the numerous annual budget meetings and seek reinstatement of the grant funding that had ended for all special events during the “Covid Budgets” of 2020. In contrast District 4 residents should note, during the Zein Obagi tenure on City Council, his district has seen dramatic improvements in and around Artesia Boulevard monetarily and aesthetically. If you’re looking for success in continuing these efforts and improvements residents should vote no on the Obagi District 4 recall effort. The alternative is a candidate whose organization oversaw the cancellation of the longstanding Springfest because they seemingly didn’t even try and raise the funds or inspire businesses to participate in saving the event.  If you couldn’t count on their leadership to save 40 years of Springfest why risk their absence of leadership on the City Council. The logical choice is clear.  Vote NO on the recall.  Vote NO on Measure E.

We support Suzanne Hadley for re-election to the Manhattan Beach city council. Some say our town is divided. But we feel Hadley said it well at the Chamber of Commerce forum on Sept 27, paraphrasing: “What some call divisive, I call healthy democratic debate and discussion.” Her desire is to nurture neighborliness. Suzanne advocates for the residents she serves. She came in first by a wide margin in her 2019 election. Yet it was others who were divisive when they tried in 2020 to upend the 50-year rotation of the mayor’s seat; they tried to block her from becoming mayor. Hadley is a No on Highrose. She wants to fund our police and grow our fire department. She wants to block retail pot shops in Manhattan Beach. Suzanne’s recent fundraising report shows broad community support. She has more donations from residents (216) than the six other council candidates combined (147). Hadley has over 50 endorsements from small businesses. She has deep and wide support from Manhattan Beach leaders, including Jan Dennis, Russ and Charlotte Lesser, Joyce Fahey, Michael Greenberg, Keith Sultemeier, Bob Beverly, Steve De Baets, Christine Norvell, Karen Tokashiki, Adam Goldson, Debbie Van Ness, and Kris D’Errico. Please join us in voting for Hadley for council on Nov 8.

I am concerned about the Redondo Beach District 4 recall election, and the marijuana dispensary Measure E on the October 19 ballot. are both being funded by Long Beach cannabis dispensary owner Elliott Lewis. I have lived in Redondo Beach my entire life. I have worked in Long Beach since 1991. I can share with your readers that the proliferation of marijuana dispensaries in Long Beach has created havoc. Marijuana is now more available to school age kids than ever before. With marijuana sales have come the sale, and use of other more dangerous drugs in schools. I am voting No on Measure E. On the issue of the recall election in District 4, it was a real eye opener to see that the marijuana proponent’s designated candidate, Tonya McKenzie, did not pay federal taxes for six years. She owes over $63,000.00. I could not even consider this person as a legitimate candidate for office. To disclose this fact to the public, prior to an election, is not racist, as McKenzie claims. It is a fact. The Internal Revenue Service has recorded this federal tax lien as a means of collecting what is owed to our government. This is not a person I would want in office dealing with city money, much of which comes from the federal government.

The Redondo Beach District 4 Council recall election this month, practically hidden from view and suspiciously scheduled only weeks before the November midterm election, gives voters a choice between retaining a councilman accused by the Bar Association of embezzling client funds, and a challenger sailing through life with a $63,000-plus IRS tax lien against her, and her husband. The police and firefighter unions are posting signs around town that favor the accused thief. What’s that all about? Clearly something’s rotten in Redondo. Given the ugliness of the situation, there ought to be a way to vote for an empty District 4 seat until someone without sordid baggage comes along to vie for the post.

By now Redondo Beach voters have received a mail-in ballot for the October 19 Redondo Beach election. Most Redondo voters’ ballots list only Measure E, asking if voters wish to legalize cannabis retail sales in the city. But voters in District 4 received a mail-in ballot with a second ballot measure, asking if Fourth District Council Member Zein Obagi should be recalled. This election will cost residents nearly $300,000. You may be shaking your head wondering why this wasteful election came about when the City Council had unanimously agreed to craft its own cannabis ordinance. On July 19, council members Obagi, Todd Loewenstein, and Nils Nehrenheim voted 3-0 for the Special Election, instead of placing the recall on the Nov. 8 General Election for only $36,000. Their shenanigans increase the odds that unintentional consequences will occur, bypassing local control. Sadly South Redondo residents are accustomed to these shenanigans under Mayor Bill Brand’s reign. Council members Obagi, Lowenstein and Nehrenheim follow him in lockstep.

The October 19 special election vote bypasses rightful public participation, according to the City Attorney. The one-quarter-million dollar  expenditure is budgeted. I wonder what public services will be cut because of this wasteful decision?  Vote No on Cannabis Measure E. Vote Yes to recall Obagi.

Rita Crabtree-Kampe has been a friend for many years, and I have yet to have a disagreementwith her end without a resolution. I remember sitting at her table playing Settlers of Catan with her husband and son, the two of us at a disadvantage from the beginning. As she began to understand the game and situation, she looked to me to figure out a solution that would pull the two of us into a strategy which would benefit us both. While dealing with individuals who had much more experience in the game she understood that cooperation was a key to put us both ahead and give each of us a chance to win. When I spend time with her discussing real world issues, which have a much larger impact on my own lives, and the lives of those around her, she takes on the same type of cooperation and understanding. It is always her and those around her against the problem. I support Crabtree-Kampe for City Council because both my personal experiences with her, and her work within Manhattan Beach prove she will work with diligence, and impartiality on each of the issues that impact our city.

When it comes to safety and security, Mark Burton is the most experienced Manhattan Beach City Council candidate. He has worked closely with police departments, both in Manhattan Beach and the city of Los Angeles. When he was mayor of Manhattan Beach, he instituted the automated license plate reader security camera program, which has helped the police catch criminals who have committed crimes, not only in Manhattan Beach, but elsewhere. He also started the residential/commercial security camera registration program, which helps police solve crimes. His work as a city attorney for Los Angeles included defending police officers in state and federal courts, and serving as the lead negotiator for the consent decree that reformed the LAPD. This earned him the highest award given to a civilian by that department. Interestingly, all the candidates rank safety and security among their highest priorities, and well they should. However, Burton has the best experience to deal with safety issues. He favors increasing the size of the police force. He also wants to create a special problems unit to deal with enhanced enforcement, and he is advocating for hiring a dedicated city prosecutor. Burton is the top name on the City Council section of the October 8 ballot. Make him your top candidate.

Whether you are for, or against, retail cannabis in Redondo Beach, I urge you to vote NO on Cannabis Measure E. Measure E is both completely unnecessary, and being promoted by a corporate cannabis operation from Long Beach to favor its own financial interests to the detriment of our city. Redondo Beach is already in the final approval stages of its own comprehensive, thoughtful, and fair ordinances, which lift the ban to allow for cannabis retailers and delivery services. Unlike Measure E, these ordinances are the organic product of hard work by the city’s Cannabis Steering Committee, Planning Commission, and City Council — not an outside special interest group. Second, Measure E creates an unfair, inequitable, and biased cannabis retailer selection process that favors its financial sponsors to the detriment of free market competition among the best retailers. It also allows cannabis retailers who are denied licenses to file expensive lawsuits against the city, for which taxpayers would foot the bill. The City would then have to decide whether to continue to defend its decision, or simply give in to an additional cannabis store. Finally, if passed, Measure E cannot be adjusted or improved by the City Council or residents without yet another costly ballot measure. For all these reasons, please join me,  and all five of the Redondo Beach Council Members and Mayor, — in voting NO on Measure E.