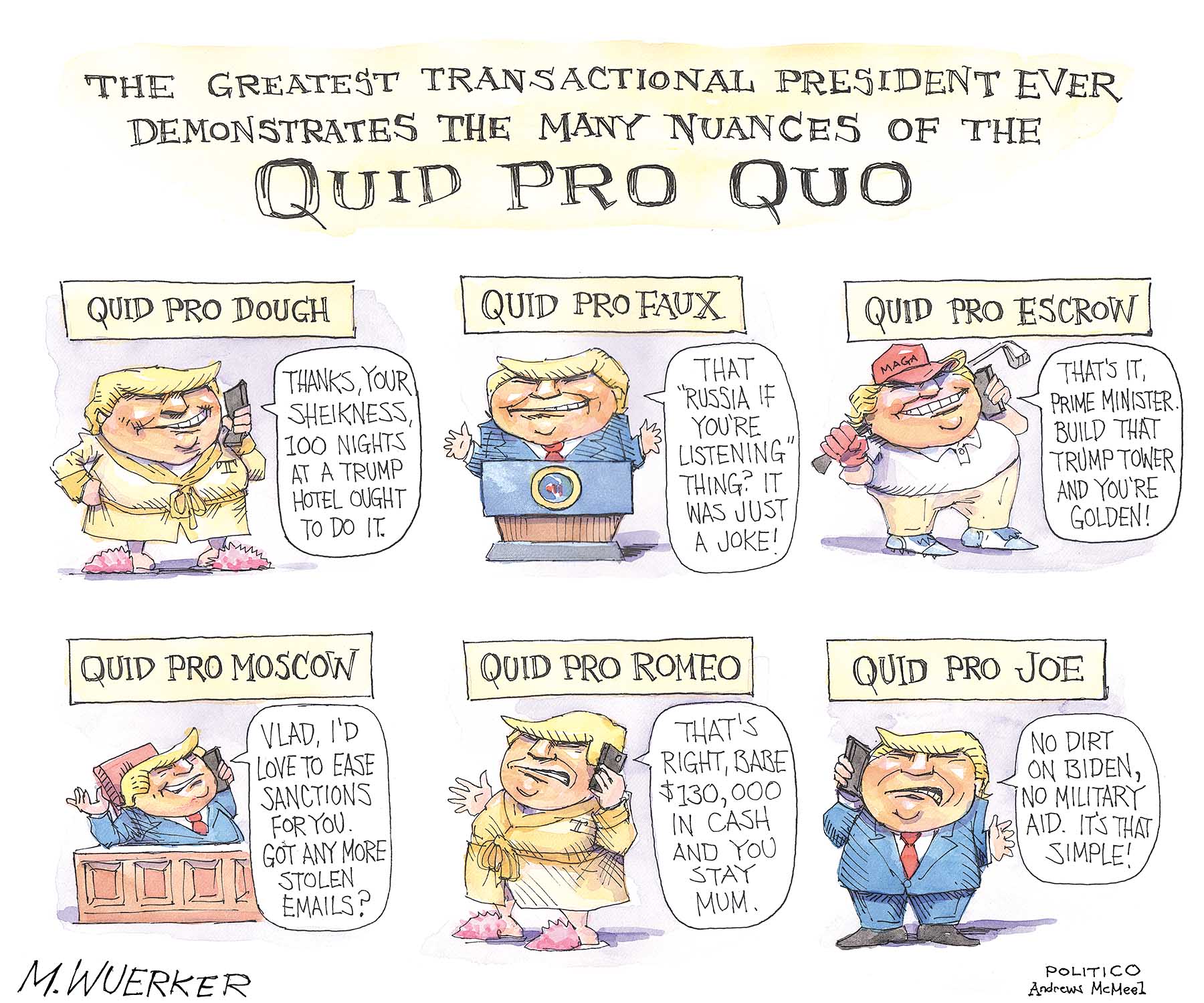 For which it stands

To the teachers at Mira Costa High School who took exception to what they perceived as principal Ben Dale l exercising undue influence over students via an early morning PA announcement on Sept. 11: please take a moment to reflect upon your own influence on these same students every single day of the school year [“Ben Dale’s 9/11 Pledge of Allegiance comments stir controversy at Mira Costa High,” ER Oct. 3, 2019].

Do you really not strive to guide, impress, persuade them in the course of their time in your classroom? Is it really “just the facts” that you’re sharing in your Social Studies/History classes?

Emphasis should be placed on the statement made by the school newspaper editor-in-chief. “People seemed to take the Pledge more seriously that day.” “Some people have a feeling the Pledge of Allegiance is a kind of mechanical thing.” “Students do the Pledge every morning, but don’t put a lot of thought into it. That day, there was just a different atmosphere after he gave his remarks.”

Looks like he influenced them to think for themselves that day.

Learn from history, or erase it?

What is going on in America today? Why are we — even Hermosa Beachites — so determined to erase history? We don’t want Allen Ginsburg on our mural because he was an alleged pedophile [“Howl of protest: Facing public pressure, Hermosa Beach Mural Project to remove poet Allen Ginsberg from work honoring counterculture,” ER online Sept. 25, 2019].

All America was aghast when the Taliban obliterated historic art in Afghanistan because they were un-Islamic graven images. How is this different? If something offends us, tear it down? How about, if something offends us, learn from it and change the present. If we will only allow perfect beings to be displayed in our public places, then the only art we will have will be of the only perfect person to have ever walked the earth, Jesus Christ. Oh wait, no, he’s unacceptable too. He spoke truth and that is offensive today.

We need to consider homelessness a California and national emergency [“City urges SCOTUS review in homeless case,” ER Oct. 3, 2019]. Thanks to the City of Redondo Beach for stepping up. It is far more complicated than most people realize. First thing is to ask why, then go from there.

Redondo Beach Councilmember John Gran clearly isn’t doing his job [“On Local Government — John Gran’s “own goal,” ER Oct. 3, 2019]. Instead of completing a financial review of our fire services by LA County, he just said no. Gran, along with councilmembers Laura Emdee and Christian Horvath did this by using incomplete numbers cooked up by city staff. So what is Gran’s brilliant and bold idea? It’s holding a $350,000 special election to raise taxes, while at the same time cutting city services. This “Gran Folly” may create a short term raise for FD and PD, but it won’t fix the growing pension obligations blowing a hole in the budget. It also does nothing to alleviate staffing shortages, excessive overtime, and needed equipment in the FD.

I have faith that residents in Redondo Beach City Council District 4 will see past the bullying and lies being spread by special interest groups against our elected officials who don’t vote their way, and against professionals who don’t agree with them [“On Local Government — John Gran’s “own goal,” ER Oct. 3, 2019].

Check their “facts,” ignore idle threats and fear mongering, and then, follow the money. Redondo Beach deserves better than this divisive, self-interested focus on a moot issue. Maggie Tephany Healy

I’m sorry to say that everything written about our business is wrong [“A La Carte: East Hermosa chic, changes at Basque Kitchen, Asian street food, and more dining news,” ER Oct. 3, 2019]. Our concept is way far from failing. Like every customer and neighbor knows, we are just moving from this test location to a bigger one that allows us to sell also pasta, gelato, coffee and more. It’s also funny to me to read that a $3.50 slice of pizza is expensive gourmet, but it’s okay. Just “investigate” a little more. Ciao!

At least 75 percent of the elderly residents are expected  to come from somewhere other than Hermosa, Manhattan and Redondo. That is the clear implication from the feasibility studies used by BCHD to argue it can “capture” enough elders to make this a profitable venture. Moreover, as many residents of both Redondo and Torrance have already pointed out, there are many new and facilities in this area to meet the need.

The economic feasibility of this project depends on BCHD attracting enough elderly occupants to live at a construction site for a dozen years or so. The feasibility studies looked only at how many seniors would “qualify” (mainly, have more than $100,000 a year in income so they could afford the rent), ignoring how marketing 440 units could be a problem in an active construction zone, with the associated noise, dirt, traffic and other disruptions. If BCHD fails to meet occupancy goals, the project will be a financial disaster.

This half-billion dollar project unnecessarily will burden both Redondo and Torrance residents. It is likely to fail financially if BCHD goes forward, leaving local residents holding the bag.

I have walked and jogged the Hobo Bridge area for 27 years. A couple of years ago there was an encampment of many homeless with cardboard box homes [“Have you been to Hobo Bridge in Manhattan Beach?” ER online Oct. 1, 2019]. The City posted notice that they were going to clean the area of trash and illegal paraphernalia and then did so. As the video shows this is virtually nothing there, compared to what it was originally. The graffiti you see cannot be seen from the path. You have to climb to the top of the columns to see it.

We want to thank the many local volunteers, including members of the City Council and School District for flipping pancakes, City staff for overseeing everything, the LA County Explorers for their great work and our local Girl Scouts for serving orange juice. The breakfast dates back to the days of the Hermosa Beach Fire Department. Originally the event was intended to raise money for the firefighters association, but over the years, the breakfast evolved. With the transition to LA County, the Hermosa Valley View PTO became the lucky recipients of all the funds raised.

Shout outs are also in order for Coffee Bean & Tea Leaf for donating coffee and to SoCalGas for yet again providing the monster grill for the cooking. We also want to acknowledge Coast Music and the Hermosa Valley band for providing entertainment throughout the morning.

HVPTO is so grateful for the continued support, and along with our wider community, sends a huge thanks to our amazing first responders who work so hard for Hermosa day in and day out. You truly are our heroes.

For more than three years, I’ve had the pleasure of working with Justin Massey on the Hermosa Beach City Council. What I admire about Justin is that he doesn’t shy away from hard work and he has the tenacity to see complex issues through to resolution.

On the infiltration subcommittee, Justin has done an immense amount of heavy lifting aimed at reaching consensus with our neighboring cities to ensure that Hermosa doesn’t absorb more than its fair share of the project’s cost.

On the downtown subcommittee, formed after three of our officers were assaulted on Pier Plaza, Justin has worked tirelessly to improve the lighting, aesthetics, and safety of Pier Plaza and the surrounding downtown. He’s remained steadfast in his efforts to ensure that we continue to implement important improvements in Parking Lot A, along Hermosa Avenue and on Upper Pier Avenue.

It’s easy for perennial candidates to criticize “City Hall.” But real leaders know it takes hard work, imagination and dedication to identify and solve problems. In other words, it takes leadership. Justin offers the invaluable leadership that he has displayed over the past four years, the kind of leadership we need on the City Council today. Please consider voting for Justin Massey on Nov. 5.

Easy Reader reported last week [“Utility pole fire causes neighborhood power outage,” ER Oct. 3, 2019] that power was restored around 5:20 p.m. after approximately two hours and 45 minutes. I don’t know which of the 576 homes only had that limited a time of outage. Our power was out for over 12 hours, from 5 p.m. until 5 a.m. the following morning. This was an extreme amount of time, and seems to be a pattern in our area. Furthermore, how about being told what the cause of the fire was? It’s a fire in a power line. Is this not a cause for alarm? Let’s find out what caused it and what could have prevented it. Was it a lack of maintenance? Was it someone interfering with the line? This is important to know.