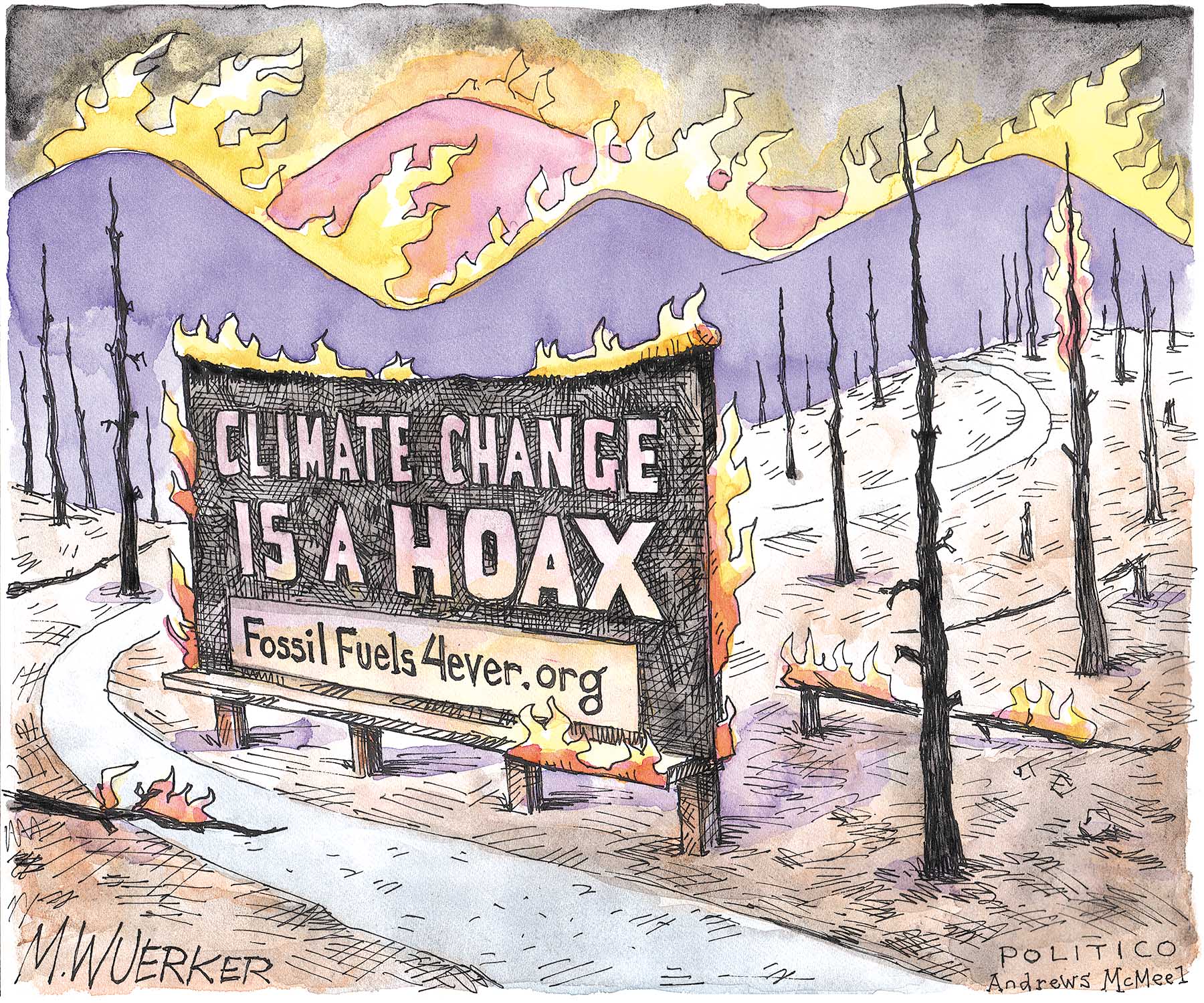 Thank goodness for the Redondo Beach Police Officers Association for supporting Councilmember John Gran against the recall effort, as reported in [“Firefighters back Gran recall effort,” ER Oct. 31, 2019]. I also agree with Mayor Bill Brand’s sentiments that Gran’s decision was not worthy of a recall.

I am also very mindful and respectful that there are many Redondo Beach firefighters who are not onboard with the politics behind the recall effort, and want to work with the City Council to find solutions. Gran’s record on public safety and his support of public safety personnel over the past two years clearly demonstrate his commitment to his constituents’ public safety concerns.

In 2015, the Manhattan Beach City Council demonstrated strong leadership by unanimously voting to oppose West Basin’s proposed desalination plant. Soon thereafter, Hermosa Beach, Santa Monica and several others cites joined in the opposition. It was the right decision then, and it’s the right decision now.

Stormwater Capture: In California and Los Angeles County, government leaders and water experts all agree that stormwater capture is the future of our water supply. In LA County, voters approved Proposition W to provide funds for stormwater capture infrastructure.

Increasing Recycle Water Capacity: West Basin is more than doubling it capacity to recycle water — from 30 million gallons a day to 70 million gallons a day. West Basin is the national leader in recycling, and they should be commended for more than doubling this capacity. In conjunction, Los Angeles has committed to recycling all of the wastewater currently discharged into the Santa Monica Bay.

More Potable Water: In a few years “showers to flowers” will be approved by the California Legislature, allowing recycled water to be used for potable purposes.

Desal Wastes Money: Desalinating water costs up to three times as much as storm water. Adding a billion dollars of debt for ratepayers is just fiscally irresponsible.

The Healthy Living Campus project is based on the Beach Cities Health District spinning “aging in place” to mean when an elderly person can no longer be in their home, they could at least live near where their home was, assuming they can afford the $10,000 to $15,000 monthly costs [“Redondo Beach Residents eye Healthy Living Campus plans,” ER July 18, 2019]. In reality, “aging in place” is when elderly people can remain in their homes, with the help of good community programs and services. This is the exact sort of task community health districts tackle, as BCHD has.

But they’re now suggesting that such programs can only be sustained by their behemoth Campus project. How do the many other health districts manage it? I think it’s achieved with better money management, and less greed.

BCHD CEO Tom Bakaly, in pushing this plan, said what keeps him up at night is an old building that may not survive an earthquake. I’m no seismologist, but a seismic retrofit is affordable solution. What keeps me up at night is the peddling of a $530 million, 600,000 square foot layout, big as a shopping mall, smack in the middle of single-family neighborhoods, on a spot zoned for public use only.

Zoning is critically important here. All cities are under attack by state bills the Legislature just passed and the governor signed, which increase density. Single family zones can soon go to three on a lot, with no extra parking required.

This means more than ever we need our local groups to fight for us: city planners, the City Council, Planning Commission, GPAC and BCHD. Ironically, as the defenders of our collective health, BCHD wants to do a project that impairs our health by causing more density, noise, blocks sky views and light — the very things scientifically proven to impact health.

This site is zoned P-CF, public community facilities. It’s a rare zoning intended for the entire community’s use. If Health Living Campus happens, we would be turning over publicly-zoned property to a private assisted living company. It’s 11 acres of only a handful like it in our city. We could have a community garden, or a dedicated amphitheater for outdoor plays or concerts, as BCHD Boardmember Vanessa Poster suggested years ago. These are ideas benefitting all. They are also things that realistically won’t happen if it’s handed over to a private company to operate.

Yes, the health district does great things, but that does not qualify them to do a project that is to the detriment of our community, while we sit back and applaud.

Really, [reporter] David Mendez? “Trumpian?” Note to Redondo Councilmember John Gran: I’m pretty sure folks in District 4 have been disgusted by your actions ever since you took office [“Firefighters back Gran recall effort,” ER Oct. 31, 2019]. You never delivered on your campaign promise.

This is hysterical: Resident  Ira Ellman “bumped into Justin.” Right. Ellman “bumped into” Justin at one of his secret THRIVE meetings. Such liars. CCA (Community Choice Aggregation) is a government takeover of the electric system and has proven to be a failure in other cities [“Massey finds his balance in Hermosa Beach council run,” ER Oct. 31, 2019]. All Hermosa Councilmember Justin Massey has to show for his time on Hermosa Beach City Council are some solar panels on the Community Center. He takes a lot of credit for things he just nodded his head to. I worked on his first campaign and I found Justin Massey to be the most disingenuous candidate ever. I regret helping him. He goes out of his way to spin his positions. Most recently Massey proposed diverting a road improvement project on the north side of town for some micro grid.

With that attitude, Shawn Steel should be relieved of his duties or resign. There are always pathways to victory. To publicly state otherwise is defeatist and weak [“Republican National Committee member Shawn Steel paints bleak picture of his party in California,” ER Oct. 17, 2109].

The people who used to elect both Republicans and Democrats to statewide office in California have been replaced. Now the state is the plaything of hard-left ideologues, whose rule is having the predictable results [“Republican National Committee member Shawn Steel paints bleak picture of his party in California,” ER Oct. 17, 2109].

I am horrified at thinking about the people who have been good tenants, who had no idea what was going to hit them, while greedy landlords can’t feel any empathy toward them. There is no need to evict good, long-term tenants who cannot afford to move because of the new state rent control law that goes into effect in January. I am a landlord with renters in a house that is not covered under the new law. But I would not ever treat good tenants the way the greedy landlords have decided to treat people. If you are a landlord, you are also responsible for the tenants you have accepted into your rental. Why do this to these people? Greed!