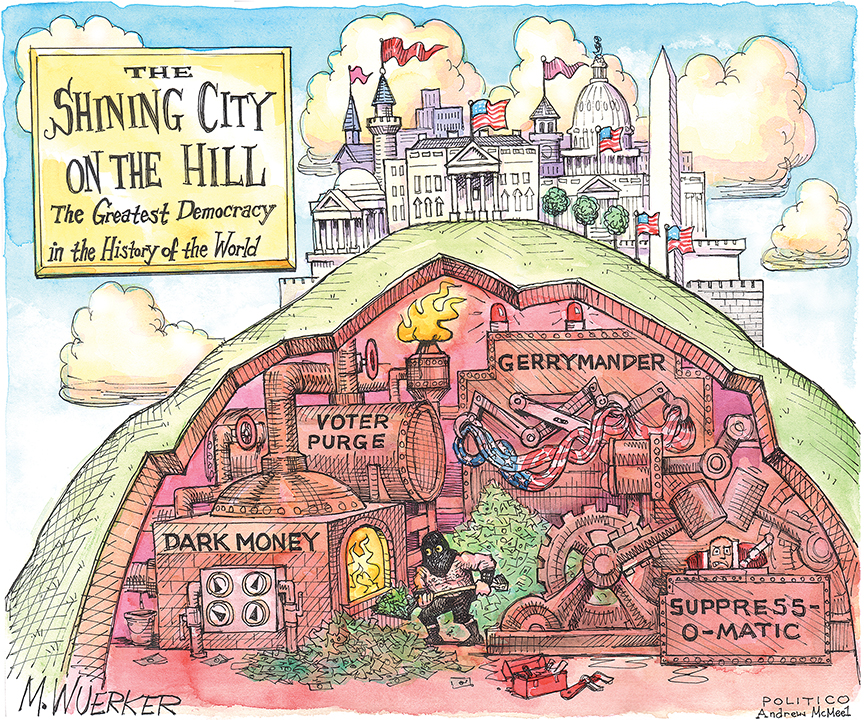 Daring to question the Governor Gavin Newsom’s and Barbara Ferrer’s lockdowns is a red line not to be crossed for Manhattan Beach Council Members Hildy Stern and Nancy Hersman. (“The Great Hadley Debate,” Easy Reader, November 29, 2020). Stern is adamant that such thoughts are dangerous: “We have the model for the misguided strategy of herd immunity in Sweden, where this approach drastically, and fatally, failed.” But Sweden’s cumulative death total is actually lower than LA County (7,000 vs. 7800) even though both have a population of 10 million. Shouldn’t our local elected leaders be asking why nine months of restrictions haven’t produced any better results than Sweden’s, which has kept schools and restaurants open and has no mask mandate?

Newly-constructed homes are a massive source of revenue for local and state governments. Here are  the numbers for new homes sold in the Beach Cities in 2020: Hermosa — 12; Manhattan — 25; Redondo — 24. One new home in Hermosa sold for $5.65 million. Annual property taxes on this home are over $56,000. An educated guess — newly developed homes generate at least twice the property tax revenue as the homes they replace. New construction creates jobs for developers and contractors, while also improving the city’s aesthetic. Prior to the recent elections, Manhattan’s City Council candidates spoke to a meeting of RE/MAX Realtors. We discussed how a Manhattan triplex was not developed due to antiquated city regulations. The developer had intended to build two townhomes in place of the three units. However, the city mandated that any new construction must have the same amount of units as the original property. Opponents of real estate development claim new construction takes away from our Beach Cities charm. To clarify, my support is for restoring and preserving historic homes. Keeping them adds value to city history, and resale allows the homes to find new owners and bring the property taxes current.

The Beach Cities and Coastal Commission should incentivize developers and reduce obstacles to improve properties that are not at their highest-and-best use. Redevelopment boosts property values, create jobs and generate funds for the city government

Councilmembers Nancy Hersman and Hilda Stern expressed concerns about Hadley becoming mayor amid the coronavirus pandemic because of public comments she made that went against the advice of health experts. Thank you Mayor Suzanne Hadley for admitting your mistakes on the COVID-19 and promising to support measures to protect our small beach town from the COVID-19. We’ll be watching your every decision as mayor – 35,000 residents. Make us proud.

It’s sad there was a fight over this in the first place (“Redondo Police put nail in Pacific Cannabis Church,” ERNews.com). I concede that Pacific Cannabis Church used the law to squeeze through some loopholes, but if the city (which is near bankrupt) had allowed them to operate under guidelines, they could’ve worked it out. Cannabis is medicine. No one’s clamoring for the shut down of Rite Aid, where big pharma rules supreme.

Unless you live in the adjacent neighborhood you have no idea what living near the Pacific Cannabis Church was like. This place has illegally operated for over a year. Paying zero taxes. Not abiding by the cannabis law of this state. Not abiding by health, safety and business codes of Redondo Beach. This place has been cited numerous times. The Redondo Police had no choice but to escort the Cal Cannabis authority on their warrant to search the place. There have been threats made to neighbors by clientele. There have been hit and runs in this neighborhood by clientele. The list goes on. Good riddance. Thank you RBPD.

I’ve never eaten there but I will now (“County says close, Alex says no, customers support Eat at Joe’s,” ER Dec. 3 2020). Thanks for standing up to these unlawful orders.

author2, Letters, Letters to the Editor