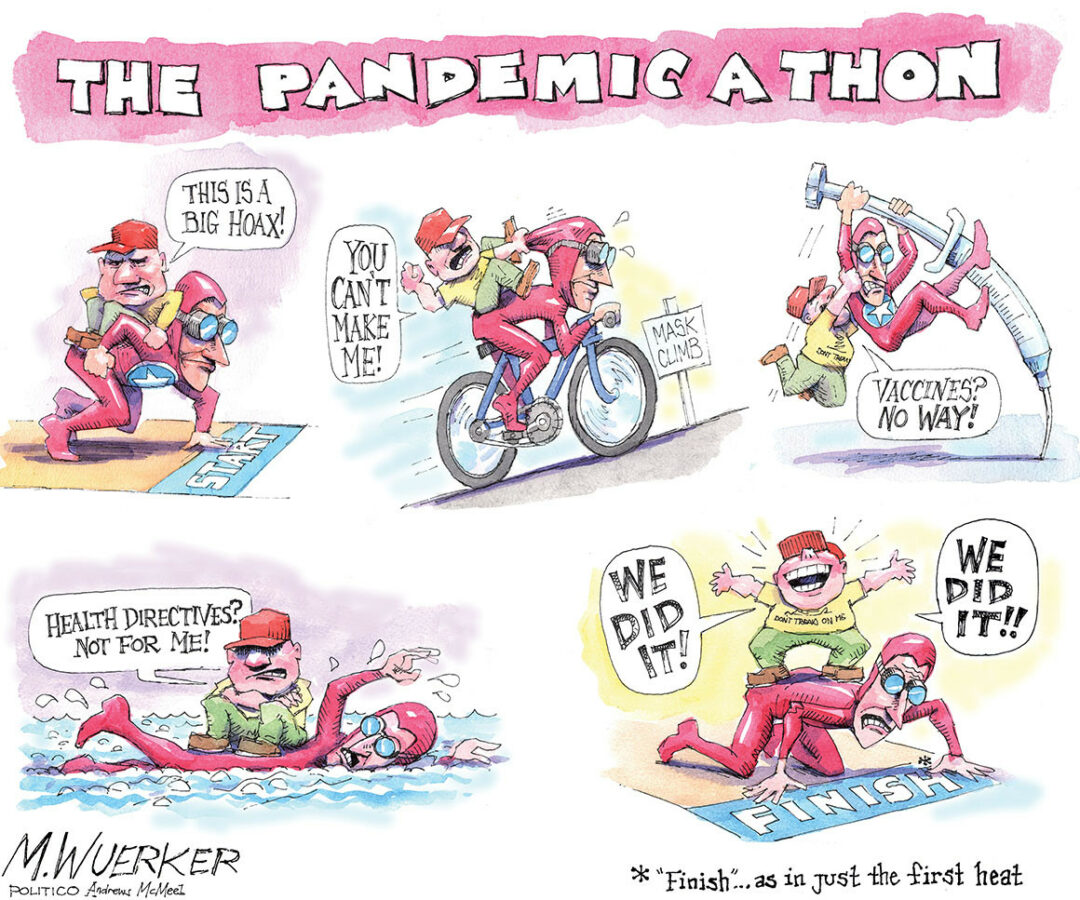 History has shown over the last 100 years that hiring a police chief in Manhattan Beach within the ranks has been more successful than naught. One notable exception to this rule was Chief Eve Irvine, who did an incredible job. Since 2017, excluding 2021, which has unreported crime stats, violent crime is down 39 percent, and property crime is down 12 percent. Despite the headlines and neighborly attention to crime shock value, the MBPD has done an incredible job protecting our community for years.

Yet another recall petition is circulating in Redondo Beach. This time Council Member Zein Obagi is the target. I didn’t support the previous recall of John Gran, and I don’t support this one.

Not only have recalls created needless distractions, and expenses for our residents and city, nowadays they are often driven behind the scenes by disgruntled businesses and property owners leveraging the frustration of political opponents who never supported the properly elected official. Sure, recalls can serve as an important tool to remove officials who should have already stepped-down, but nowadays the process is being abused to have another crack at an election with sensationalized accusations of ethical breaches of one sort or another. I sat on the City Council for eight years, was elected Mayor four years ago, and was re-elected last year for another term. Council Member Obagi is without a doubt one of the most effective Council Members I have ever had the pleasure to serve alongside. The millions in funding the City is now directing specifically at District 4 is the result solely of Council Members leadership and collaboration with his colleagues on the Council. The paid signature gatherers will soon be at your door saying anything to earn a buck. Please continue to support Council Member Obagi as he brings real solutions to the many needs of District 4.  No to the recall.

For the past three months I’ve seen what life would be like if we had legitimate traffic calming measures on Valley/Ardmore in Manhattan Beach. The gnarly pothole, which was a patch to a previous one, has split open the asphalt, causing anyone racing to the stop sign to bottom out, bend a rim, cause frame damage, whatever. But also what it accomplishes, that I am really in awe of, is that people are stopping at the stop sign. Well only people in the west lane, but whatever, it’s a start. I assume it’s the jarring shock of their oil pan crunching into the loose aggregate that is strewn a mile down the street, but I don’t care, because now the poor pedestrian trying to cross the road is only frightened by the deafening noise of the vehicle barreling towards them bottoming out and not that they are going to be skewered by a BMW. It hasn’t slowed down the emergency service vehicles so it seems to be a win/win. I almost want to lobby to extend the pot hole fully across Valley Drive, but that may be a bridge too far.

As the emcee, talent coordinator and manager during the early to mid ‘80s, Comedy and Magic Cub owner Mike Lacey made it clear we were never to over serve alcohol to patrons, and emphasized the quality of the show and experience was more important than profits (“Comedy and Magic in Hermosa Beach greenlighted to reopen,” ER Feb. 17, 2022). The Comedy & Magic Club was a place you could go and avoid the drunks while having a great time. Congrats to Mike and the team.

It’s so good to see the Hermosa Beach Planning Commission stand up for the residents’ rights, and block a commercial business that serves mainly non-residents, dumps toxic emissions, will have construction and operating noise, and damages the property values of surrounding homes (Planning Commission roadblock stops Starbucks, ER Feb. 17, 2022). Now if the Redondo Beach Planning Commission can do the same with Beach Cities Health District’ proposed lease of land to a commercial builder who wants to build a 110-foot above the street, $12,500 per month senior living palace for 80 percent non-residents of the three  beach cities that own BCHD,.

Both Redondo Beach marijuana initiative backers leased commercial spaces in Redondo Beach that would comply with the initiative they wrote (“Redondo Beach Cannabis initiative backer didn’t know vote could be delayed until 2023,” Feb 17, 2022). The initiative would tie the Council’s hands on approving a limited number of cannabis shops, and the backers just happened to have already leased properties that the Council would be forced to approve. And because it is an initiative, the Council could not make new rules that level the playing field. Any changes would have to go back to an expensive vote of the people. All three initiative canvassers who stopped at my door to get a signature on the petition misrepresented key elements of the initiative. This initiative is bad for Redondo. Looks like the City gets another year to come up with a good ordinance that makes the initiative unnecessary.

Perhaps Manhattan Beach Council Member Suzanne Hadley should get herself a giant hat and move to Texas (“Hadley’s Crusade,” ER Feb. 10, 2022). I hear book banning there is the new rodeo.

It seems the city of Hermosa Beach is trying to block dissemination of public records. Last  November 24, I made a request for information from the city of Hermosa Beach about the city’s utility users’ tax exemption. A month later I received an email saying the request was canceled, with no reason cited. I called the city clerk’s office and was told by a deputy clerk that she did not know why the request was canceled, and she did not know if the records exist, or even if the city has a utility users tax exemption. (It’s in the municipal code.). One must wonder about the city’s true intentions when a city employee questions whether the city even has a utility users tax exemption, and the city sends out a cancellation notice without giving a reason for the cancellation. Obviously, the city must have these records, because how else could they notify utility companies about which customers are exempt from the tax.