Advertisement
Added on May 2, 2019  Judy Rae  Letters , Letters to the Editor , newsletter 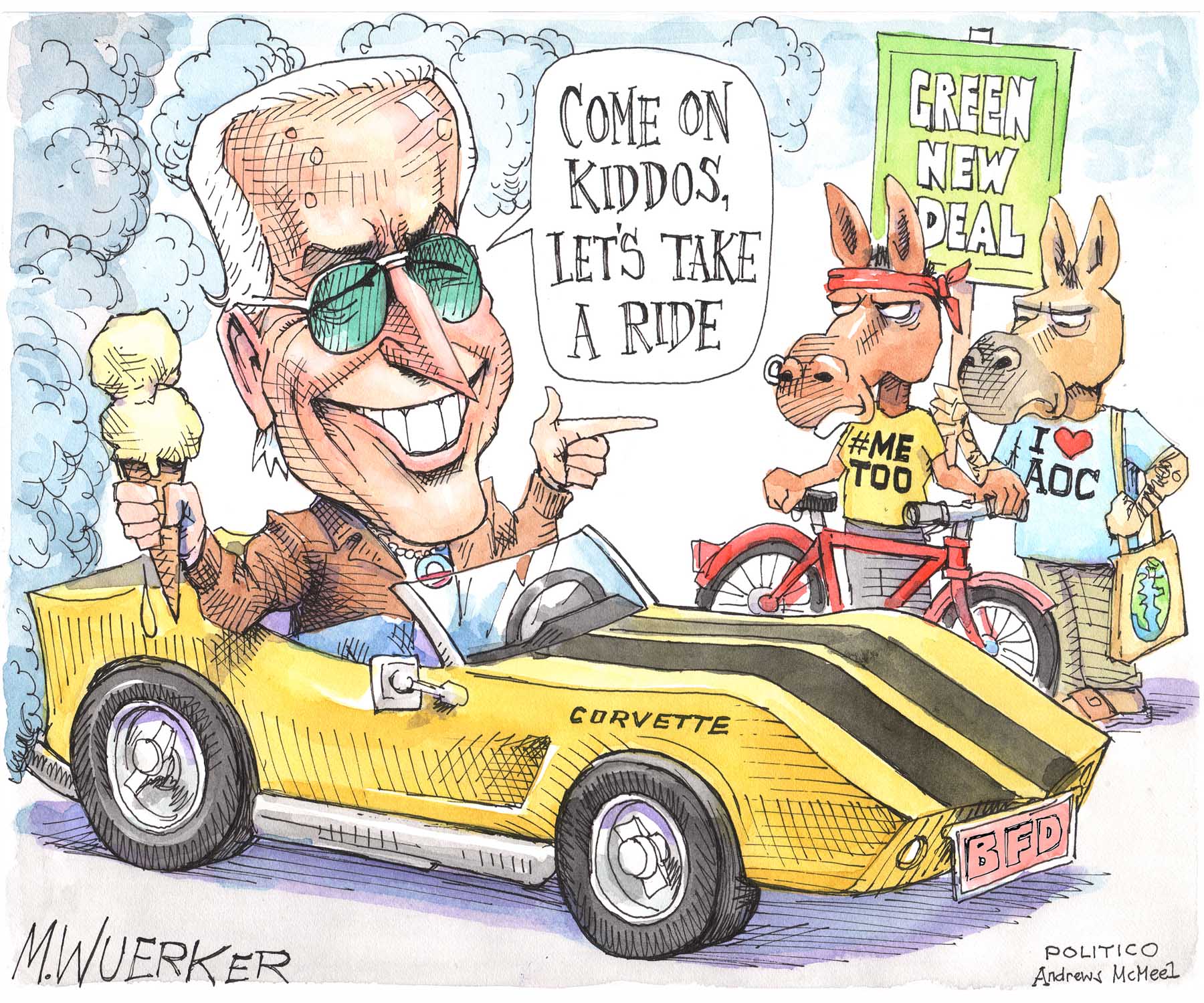 As a native of Austin,Texas I can swear that Mark McDermott’s article about Willie Nelson nailed it [“The Transcendence of Willie,” ER April 18, 2019]. I was attending the University of Texas in 1973 when Willie and band relocated to Austin. It was a culturally amazing feat that Nelson made it cool for us “long-haired hippie types” to enjoy country music. His outlaw mentality broke down a lot of walls in a state that is so much more conservative than California.

“Hairspray” was an intentional rebellious response to the predominant ways our culture viewed things [“Fat girl makes good,” Hotdogging, ER April 29, 2019]. It was a time when women were straight-jacketed, their worth depended mostly on how they looked, being slim and blond was among the ideal features. All other women were second class. Yes the heroine was what is considered fat and, oh my god, the villains (a mother and her daughter) were blond, slim and very pretty. Maybe the fat girl did have — to quote your writer — an “improbable romance” when she should have been shunned and isolated. Instead she was valued for her spirit and good will. How dare the playwright not follow the rules of a traditional Hollywood plot.

By the way, it wouldn’t hurt to have an editor to keep things above a junior high school level and avoid tags like “Fat Girl Makes Good.”

The Redondo Beach General Plan Advisory Committee (GPAC) is recommending changes to city zoning. Last Thursday they shocked everyone by voting to allow mixed-use, multi-story all along Pacific Coast Hwy. in South Redondo. The committee narrowly voted to cut the maximum height from 45 to 30 feet but this is meaningless. A developer can get a credit for low income units and then go to 45 feet or more. This will change the whole character of the community, increase traffic, strain city services, and create a walled canyon all along PCH.

Everyone needs to write the City Council to protest this absurd vote. This result is exactly why we needed balance on the GPAC, not political appointees who favor overdevelopment. In District 1 we have one of the worst offenders, a court-confirmed shill for a sham lawsuit, Chris Voisey, who just lost (CenterCal’s lawsuit) in court [“Voisey asked to leave GPAC,” ER Jan. 24, 2019]. Voisey didn’t even bother to show up to vote on this critical zoning change.

Overdevelopment hurts Redondo because only 17 percent of property taxes come back to our budget. It also strains our schools and negatively impacts public safety and city services. This could forever change the Redondo Beach we know and love.

Last summer we lost an incredible South Bay resident, Julian Katz. I learned of Katz only by reading a detailed and lovely memorial article about him by Ryan McDonald [“Julian Katz was beloved cycling advocate,” ER June 14, 2019].

I was reminded of him again recently when I saw that the Hermosa Avenue bike sharrows would be renamed the Julian Katz Memorial Bike Route. [“Hermosa Avenue ‘sharrows’ renamed to honor Julian Katz,” ER Feb. 14, 2019].

Last month, I rode my bike along those sharrows to the St. Patrick’s Day parade, thinking of the new namesake. Katz was wholly dedicated to community service, including advocating for bicycling. He helped establish cycling infrastructure, and secured approval for the South Bay Bicycle Master Plan in 2011.

Though I never met him, I felt a connection with him. We were both from cold climates, he from back east, and I from up north. I think if we had met, we would have shared a similar story of coming to this beautiful climate and being dumbfounded by so few people out riding their bikes.

There was also the random coincidence that Katz loved baguettes, which my dad did as well. But what really sealed my feeling of kinship with him was that he saw cycling as a way not just to keep fit, but to meet new friends, and arrive at your destination happy instead of frazzled.

I had an awakening a couple of years ago. I left my house one Saturday morning, riding my bike to run some errands. I first rode to a coffee shop to listen to a speaker, then headed down Artesia, where I spotted a stained glass shop. I jumped off my bike and went in, and before long was learning to make a necklace with a bottle cap, charms, and hot resin.

I rolled on over to The Galleria wearing my new fancy craft, and as I locked up my bike, engaged with a woman walking her dog. We talked, then she went her way and I went into the mall. From there it was to the market to load up my basket with a few groceries.

I got home feeling rejuvenated and could only attribute it to having been on my bike that day. I didn’t have to find parking in any of these places, and I didn’t have the tunnel vision and isolation that come with being in your car. Instead, I was breathing the fresh air, noticing the sky, local shops, and the people around me. Being on my bike allowed me to easily stop along the way and chat with people. Since that day, I bike my errands whenever I can.

McDonald quoted Jim Hannon, president of Beach Cities Cycling Club, who said he’d seen Katz bicycling home from a trip to the grocery store well into his 80s. I hope to be doing the same into my 80s.

In the spirit of Julian Katz, here is part of my B.Y.E. (Bike Your Errands) schpiel: there’s a movement to Bike Your Errands. So far it’s just me, but if you want to join in, we can make it a movement. All you do is dust off your bike or get one from your local bike shop. My bike shop helped me with my mission by putting a basket on my handlebars, one on the back, a bell for safety (and random ringing which just feels good), and front and rear lights. Then put on a helmet and a bright top, and ride to pick up a prescription, a loaf of bread (a baguette!), or even a couple bags of groceries. For any menacing hills, walk your bike.

Whether you’re a part of the exercise-focused spandex set, or the toodling along in cut-off shorts group, it just feels good to be outside enjoying the beauty all around us. Katz contributed his time to making the world a better place. I don’t know that I could rival his dedication, but I do encourage people to remember Julian Katz, and when possible give up their cars and hop on their bikes. You’ll get fresh air, exercise, and cut your carbon footprint. Try it. You might even get hooked.

I recall shopping at the Either/Or Book Store many times and do miss the quirkiness of it all [“Mural to draw on Hermosa Beach’s bohemian roots,” ER April 18, 2019]. Book reading has become a retreat from daily stresses for me. One hour per day helps keep the mind from going to far astray.

Just another example of Redondo Mayor Bill Brand and his flunkies placing the city in peril [“Redondo Beach’s lease freeze has tenants in limbo,” ER April 11, 2019]. Ego plus incompetence equals — well, exactly what we’re getting. Nothing.

There are plenty of other bars and restaurants for Redondo Councilmember Nils Nehrenheim to go to besides Hennessey’s-owned restaurants [“Bar Hopping – Nehrenheim’s civil rights defense 86’d in Hennessey’s lawsuit,” ER April 18, 2019]. And if the Hennessey‘s restaurants are so great that he wants to go to them, then he should support them in building their business.

It seems like two grown men are each behaving badly in a fight of egos [“Bar Hopping – Nehrenheim’s civil rights defense 86’d in Hennessey’s lawsuit,” ER April 18, 2019]. This isn’t a good look for either of them, and no matter the legal outcome, both will lose.