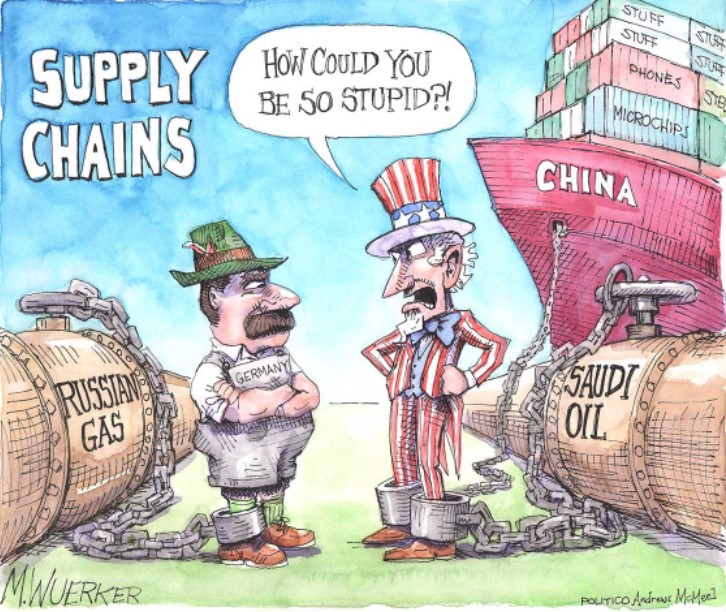 Editor’s note: In the May 5, 2022 Easy Reader print edition, a letter in support of Manhattan Beach Parcel Tax Measure A, was mistakenly attributed to Manhattan Beach resident Fred Taylor. Taylor’s letter to Easy Reader was in opposition to the parcel tax. Taylor’s correct letter is printed below. Easy Reader apologizes for the error.

Not partial to parcel tax

I can’t get my arms around this second parcel tax. Think of it, a multi-multi million dollar Strand homeowner will pay the same amount as a 2 bedroom, 80 year old box in East Manhattan. This tax is totally regressive.

The District website says the 2018 tax provides “safe, reliable revenue” for the District. So, I ask, what happened in four short years? It generated $2.5 million dollars annually for our schools. Now, MB United’s citizen’s group wants $12.2 million dollars of our money each year on top of the first tax.  When will this stop?

Did you know enrollment has plummeted by 1,030 students or 14.9 percent since 2014-15.  With a diminished student body, why do they need more money?

The 2018 “fix the problem once and for all” is now just 4 years old and the advocates want nearly 4 times that original $225 on top of their last tax initiative.

The ultimate irony is one of the pro-taxers arguments is that 65+ seniors can opt out. What a bizarre reason to vote for a financial levy on the residents; that you can opt out.

It’s time to return to reason. No on A, period.

I have owned a home in Manhattan Beach for more than 40 years, and put five kids through our local schools (“Manhattan Beach Short-term rental ban rejected by Court, again,” ER April 21, 2022). We love our house, our neighborhood and Manhattan Beach. Several years ago, we occasionally rented our house on a short-term basis, and never once did my neighbors complain. Then the city suddenly banned short-term rentals, and three years later, began enforcing that ban. Many short-term rentals, like ours, are in the Coastal Zone. Banning short-term rentals required Coastal Commission approval. The City never applied for an amendment to their local coastal program even though they knew it was required. Once enforcement began, I filed a lawsuit and won all the way through appeals court. In the appeal court ruling issued last month, the court rejected at least eight illogical arguments made by the city, and their expensive attorneys. The three judge panel stated: “We give simple words their obvious meaning.” Manhattan Beach should stop ignoring the law, and wasting hundreds of thousands of tax-payer dollars fighting losing court battles. It should submit an amendment to our local coastal program to properly regulate short-term rentals, like dozens of other coastal cities in California. There are many ways to allow short-term rentals in the coastal zone while addressing resident concerns.

Imagine my surprise after buying our Manhattan Beach home and enrolling our kids in school, to learn that our excellent school district is underfunded. I did what every responsible resident would do and got informed. Turns out, Manhattan Beach Unified School District is one of the lowest funded school districts because of our wealthy demographics. Approximately 20 cents of every property tax dollar goes to schools. However, it first flows up to Sacramento, where most of the funding goes to schools with higher need students, before it trickles back down to us. Consequently, our schools receive on average $2,000 less per student than other districts, putting us at the bottom of state funding. How do we have funding for new buildings? Those funds came from bond measures which are restricted by law to improving school buildings and facilities. Why don’t parent and corporate donations to Manhattan Beach Education Foundation solve this problem? Because MBEF is only for enrichment programs, such as Science Lab and class size reductions, which have been key to academic excellence. MBEF is not designed to cover this state-funding deficit, which is the root problem Measure A will fix. $1,095 per year is a lot. However, after moving to Manhattan Beach, I realized that our schools serve as tent-poles in our community. I’ve connected with many residents (including those without students) on this topic, and it warms my heart to see how many neighbors truly believe that investing in our schools is the best way to protect our communities. Vote YES for Measure A this June.

Can someone please explain how the Beach Cities Health District’s  mission is advanced by another senior living establishment? Also, how is hijacking acres of prime public lands to further a private profit-making enterprise even on the table? So much value could be given to the public. We’d be better off with open space in this area than any sort of real estate development for real estate’s sake. Wouldn’t this site make a heck of a leased corporate headquarters for some tax-paying Fortune 500 company? Somehow this discussion has progressed to the environmental impact report stage. The darn thing shouldn’t even be considered because it misses the mark on public benefit. Senior housing? Really? If BCHD has more property than it needs, the land should be divided for multiple public purposes.

My son-in-law competed in the Cannonball Run a few years back and co-authored a book about the ride with his partner, Don Emde. Look for “Finding Cannonball’s Trail,” with Joe Colombero helping document the historic ride.

I had my house approved for the Mills Act in Redondo, and I don’t remember paying any fees. These high fees discourage people from applying. If Hermosa really wanted to save historic houses, they would waive all fees.

Unfortunately, Hermosa doesn’t care. The city just approves building double-lot homes, which take away ocean views. I was born and raised here and still live here. It’s so sad to see my hometown destroyed by greed.

This house is a local Hermosa Beach historical treasure. I walked by it every day when I lived on that side of Hermosa Beach. Maybe the Hermosa Beach Historical Society will underwrite these fees for the homeowner,in the spirit of keeping an original cottage home.

Who determines the application fee? What does the fee go towards? I agree it’s excessive.

My mother never got the chance to preserve her family home at 1854 Loma Drive, which was built around 1905. She was told that because City Hall burned down in 1935, all the records were destroyed and no records were kept at the county for land improvements (buildings).  Her grandmother purchased the property in the 1920s. She was told it was one of the first five beach bungalows in Hermosa Beach. It didn’t have indoor plumbing and was really a very simple “tar paper shack.” But it was “beachy.” It had an outdoor shower and a blath house on the slope behind the building. The big church next door pestered my mom for years, so in the 1990s she finally relented and sold it to them. They bulldozed it and put up a parking lot. Give this woman her historic status for her house. Waive her fees. It’s the right thing to do.

We were disappointed that the City’s statement regarding Hermosa’s historic landmark designation ordinance wasn’t included in your recent story, “The Price of Preservation” (ER April 28, 2022).

We hope you will share this statement with your readers, so the public is fully informed about the City’s ordinance, and why the City applies fees based on the cost of service for processing requests for the historical landmark designation. Since the Hermosa Beach City Council adopted the historic landmark designation ordinance in 1998, as far as we are aware, no Hermosa Beach resident has submitted an application for their home to be designated an historic landmark.

To apply for historic designation, residents may file an application and pay the associated fees for a City Council public hearing. The story suggested the fees charged may deter people from applying. However, it is important to note that the fees are set by the City Council and based upon the actual cost of processing the applicant’s request. The resident seeking the designation is expected to pay for the cost of processing and noticing their application to save the rest of the City’s taxpayers from having to pay instead. These costs include a historic resource review fee; public noticing and newspaper advertising fees paid to the Easy Reader, which are legally required for Council consideration; a categorical exemption fee to fulfill California Environmental Quality Act requirements; and a fee to ensure the information is properly recorded in City historical databases.

Editor’s response: Prior to publication of “The Price of Preservation,”  Easy Reader requested an interview with a city staff member about the story. Ryan Walker, of Mecoy Communications, responded with a text message, which read in part, “I spoke with City staff and they are not comfortable being interviewed on this subject given the research and prior knowledge required to answer questions accurately and in a timely fashion.” Easy Reader subsequently received another email from Mecoy Communications. The email was “a statement from Hermosa Beach’s Deputy City Manager and Interim Community Development Director Angela Crespi regarding [reporter] Elka’s recent inquiries on Hermosa Beach’s historic landmark designation permit and application process.” The statement was received after the story had gone to press. ER