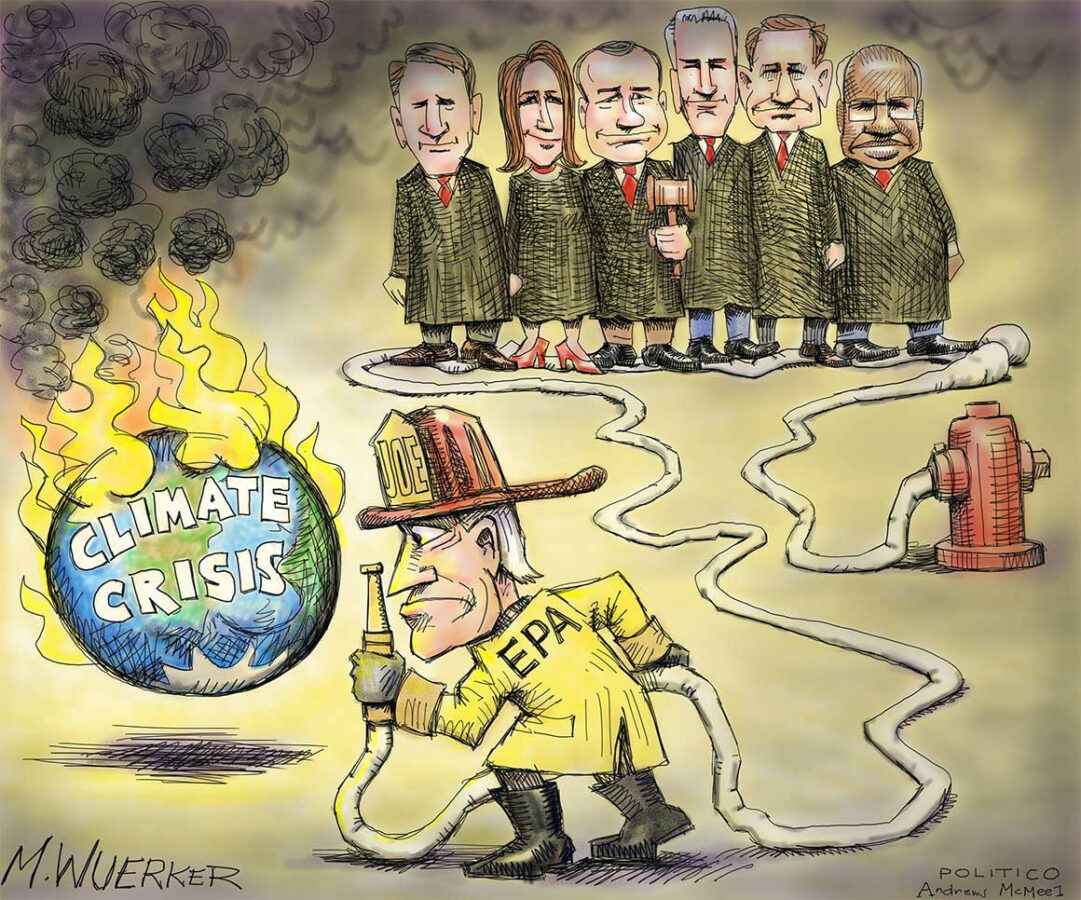 Sometimes it is good to wait. The state law that is enabling the proposed four-story Highrose Luxury Apartments project in Manhattan Beach is bound to be challenged in court. Let’s see what the outcome is. It is irresponsible to rush into something that will change the character of our city and then find out we didn’t need to do that. Once the four-story camel gets its nose under the tent, it will set an unpleasant precedent. Our little town, which is already too crowded, will experience even more parking and traffic problems. The low-profile, friendly feel of Manhattan Beach, which has served us so well, will slowly be eroded one project exception followed by another. I urge the City Council to take one of the many options available to hold on to local zoning control while waiting to see how the new state law plays out.

We have a great fire department in Manhattan Beach. Actually we have a great paramedic department that occasionally goes to a fire (“Conflict between City, Fire Department reaches boiling point,” ER July 1, 2022). The response time for emergency calls is amazing, as we have two fire stations in a four square mile city. This is very unusual. The staff is very qualified and we appreciate them. However the fire department union has historically been difficult to negotiate with. Some of this is because they use the fact residents love them as leverage. When I was on the city council in 1978, and we were negotiating with the union, they sent out flyers to homes east of Sepulveda saying we were considering closing the Manhattan Beach Blvd. fire station. This was false, however hundreds of upset people came to the next council meeting. Based on what happened at the July 19 th council meeting it appears history has repeated itself with false information scaring people. Here are facts.

1. Bruce Moe is an excellent city manager who cares deeply about resident’s safety, treating his staff fairly, and about ensuring the city’s financial stability. 2. We have a very diverse city council with different political views who often disagree on issues. All of them are in agreement and supportive of the city’s position on this issue. 3. There has been a lot of false information put out by various organizations. The city has recently put out a statement. If you are interested in learning their side of things, go to: ManhattanBeach.gov/government/city-council/fire-negotiations.

I was amazed when Hermosa Beach City Manager justified the pot tax by saying she just wants the pot stores to pay their fair share for city resources. Clearly cannabis and alcohol sold at our local bars are roughly equivalent recreational drugs. And everyone knows our bars suck up substantial city resources. If “fair share” is truly the city’s argument then why doesn’t staff provide data that supports that claim and recommend taxing pot shops, local bars and nightclubs at an equivalent rate. Until a fair-share analysis can be done and presented to the public the Pot-Tax ballot initiative should be pulled — unless the goal of a fair-share articulated by our city manager in the last council meeting was just more gaslighting.

Bully in the pulpit

Every Hermosan should be outraged by Council Member Justin Massey’s behavior at City Council, July 26, 2022. No one has ever looked up the definition of ethical and thought of Justin, but at the council meeting he launched a personal attack on two residents who spoke very reasonably at the City Council meeting. I am a natural speaker. It’s fairly easy for me. For many people it is a difficult choice. Many people have jobs. They take time out of their jobs, away from family, to speak. The dais should never be used to bully residents on any level for any reason.

The recent wildfires, and extreme weather in California are an unmistakable signal that climate change has arrived. The time window for incremental improvements has ended, and bold action is required, now. Our top priority should be to cut greenhouse gas (GHG) emissions and protect our ecosystems. Our cities need to set science-based emissions targets that will set us on a trajectory to net-zero GHG emissions by 2050. And yet, only six of the 88 cities in LA county have taken even this most foundational step by joining the UN Race to Zero initiative. These six are Manhattan Beach, Santa Monica, West Hollywood, Glendale, Los Angeles, and Lakewood. California, with our well-earned reputation for innovation and progress, must lead the nation by taking action in our own cities. We don’t need to wait for national policy or the least proactive among us to take action. If you are concerned about the state of the planet we will leave for our children’s generation, you should contact your mayor’s office and demand they pledge emissions reduction targets by joining Cities Race to Zero, and follow through on this plan year over year.

Fourth District Redondo Beach Councilman Zaine Obagi’s opponents on the council, and the cannabis dealers from Long Beach are behind this witch hunt. (“Obagi recall qualifies for ballot in Redondo,” ER July 14, 20220). Obagi’s council opponents lost their 3 to 2 majority when Obagi was elected, and they want it back. The cannabis outfit wants to install a District 4 councilman of their choice. Obagi has been doing his job for District 4 and deserves to remain on the city council.

Beach Cities Health District is misrepresented as seeking a builder/operator for its massive 110-foot-above-Beryl Street proposed building (“About town,” ER July 28, 2022). BCHD’s investment bankers and CFO have recommended that BCHD lease our public land to a Developer/Owner/Operator for 50-99 years. BCHD will have no ownership of the building or project and will collect rent only on the land. According to BCHD documents, BCHD will collect $1.5 million per year in rent from the building owner. But BCHD will be required to pay the owner a rent of $822,869 per year for use of about 30,000 square feet. This means BCHD is leasing three acres of our public property to a private developer for a net lease income of only $677,000 per year. It’s disappointing to see BCHD misrepresent its project over and over. The project is being built for over 80 percent non-residents of the District that owns and funds BCHD, according to BCHD’s marketing consultant consultant report. Why can’t BCHD just come clean? Probably for the same reason BCHD refused to go to the voters for low-cost, tax-free bond financing. BCHD knew voters would reject them so they went after a commercial developer/owner/operator instead and gave up our land for generations to come.

A letter writer on July 14 asserted that those opposing the BCHD Healthy Living Campus need to come to the table or step aside. I personally have and still do come to the table for very civilized conversations with BCHD reps. In the end, we don’t agree, and that’s okay. The writer suggests that the detractors’ opposition to this and other development projects means we can’t have nice things. “Nice things” is relative. I think it’d be nice to have something on that property for which it’s zoned. It’s zoned for public purposes or structures for the community, not private buildings. This project does not align with the land’s intent, therefore not questioning it and just “stepping aside” is not an option. Pointing out the zoning and the unusual private nature of this project is not spreading “uninformed beliefs.” It’s imploring residents to get familiar with both the land issue and potentially disastrous financial aspects of this project. It’s not being anti-development to ask people to look at what is right for the community, rather than what’s right for a would-be private developer capitalizing, or worse, going bankrupt, on our public zoned land.