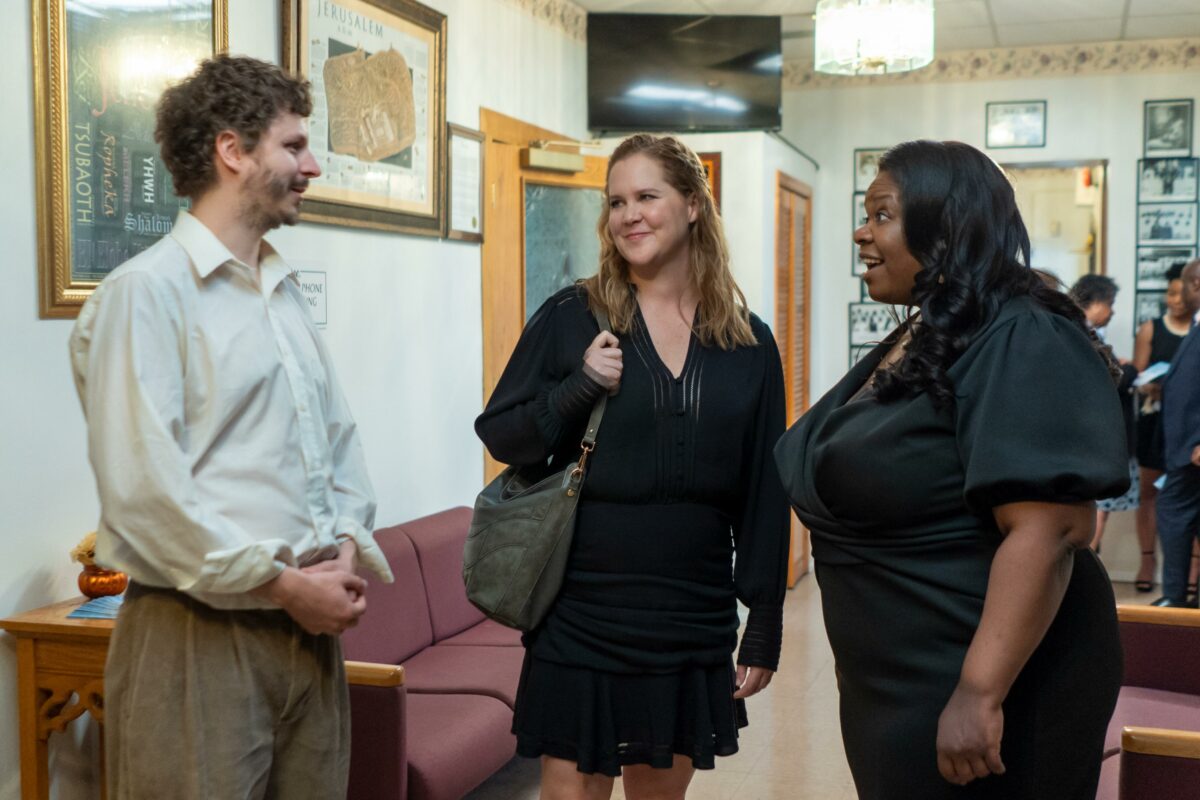 Michael Cera as John, Amy Schumer as Beth, and Yamaneika Saunders as Maya in "Life & Beth." Photo courtesy of Scott McDermott and Hulu. 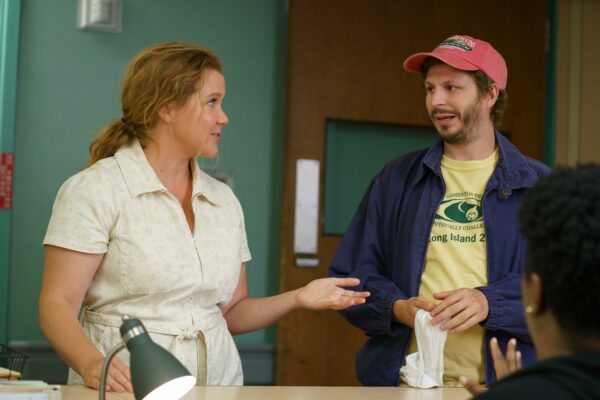 Amy Schumer as Beth and Michael Cera as John in “Life & Beth.” Photo courtesy of Jeong Park and Hulu.

“Life & Beth,” a series starring, created, and primarily written by Amy Schumer, who also directed a few of the episodes, is a well-intentioned effort to look at the life choices of an older millennial. Told in ten episodes, there is, perhaps, enough material for eight.

Beth, about to turn 40, has a seemingly successful life, at least to the outside world. She has a good job, a handsome boyfriend, friends and somehow it’s just not that fulfilling. When she gets word that her mother has suddenly died, her past comes cascading in.

Always a people pleaser, home life was problematic but she did her best to see the positives. Protective of her younger sister as family life falls apart, she holds things together as one more of her father’s not quite legitimate schemes collapses and the family is downgraded to the lower middle class. The parents divorce and she becomes the apologist for her mother’s bad decisions.

The adult Beth realizes that something is missing in her life and the series tracks her journey, interspersing glimpses of her adolescence that may reveal clues to her malaise. Moving into her family home on Long Island is a first step toward self-discovery. Dumping the fiancé is another. No one, including herself, is what they appear to be and Beth realizes this. She takes those first steps toward self-realization and contentment, meeting new friends and connecting with an old one.

This is not new ground. The hook here is Amy Schumer who has given herself a juicy role that highlights her acting ability and well-known improvisational skills. The passages that work the best are the flashbacks to the younger Amy revealing a confused but big-hearted girl who is fiercely loyal to her friends. They work because they are the best written of any of the chapters. Infused with humor and sadness, they are a glimpse into Beth’s psyche.

The less successful pieces of the Beth-puzzle are grounded in the overly broad views of her adult life and choices. Filled with poorly defined characters, written sketchily to allow room for improvised moments, the adult Beth storylines meander. There isn’t anything inherently wrong with meandering unless it detracts from the ultimate destination; and it does. There is lots of humor, some of it laugh-out-loud, but there are also head-scratching moments of “where is this going” that don’t add to the overall goal of self-realization.

It’s very difficult to combine humor and drama and “Life & Beth” does get some of it right. It definitely proves that Amy Schumer has dramatic chops but sometimes she is unable to integrate the sad with the funny effectively.

The cast of “Life & Beth” is interesting, some better than others. This may be unfair because it is often the writing that has let them down. Character development isn’t just the growth of a character but is also the inner reveal. The people who populate the world of the adult Beth are merely sketches, from Kevin Kane who plays her fiancé, to Michael Cera as a new love interest, and Murray Hill who plays her boss. There are exceptions but for the most part they are the actors portraying her youthful life who are given the best written and developed characters. And those actors are excellent, whether it is the incomparable Laura Benanti as Beth’s mother, Michael Rapaport as her loser father, and especially the superb Violet Young playing the young version of Beth.

That the spottiness of the writing takes its toll on the acting is a true pity because Schumer has brought together an extraordinarily diverse cast. Self indulgence is in full evidence and the series would have benefited greatly from an unbiased eye to tighten the storylines.