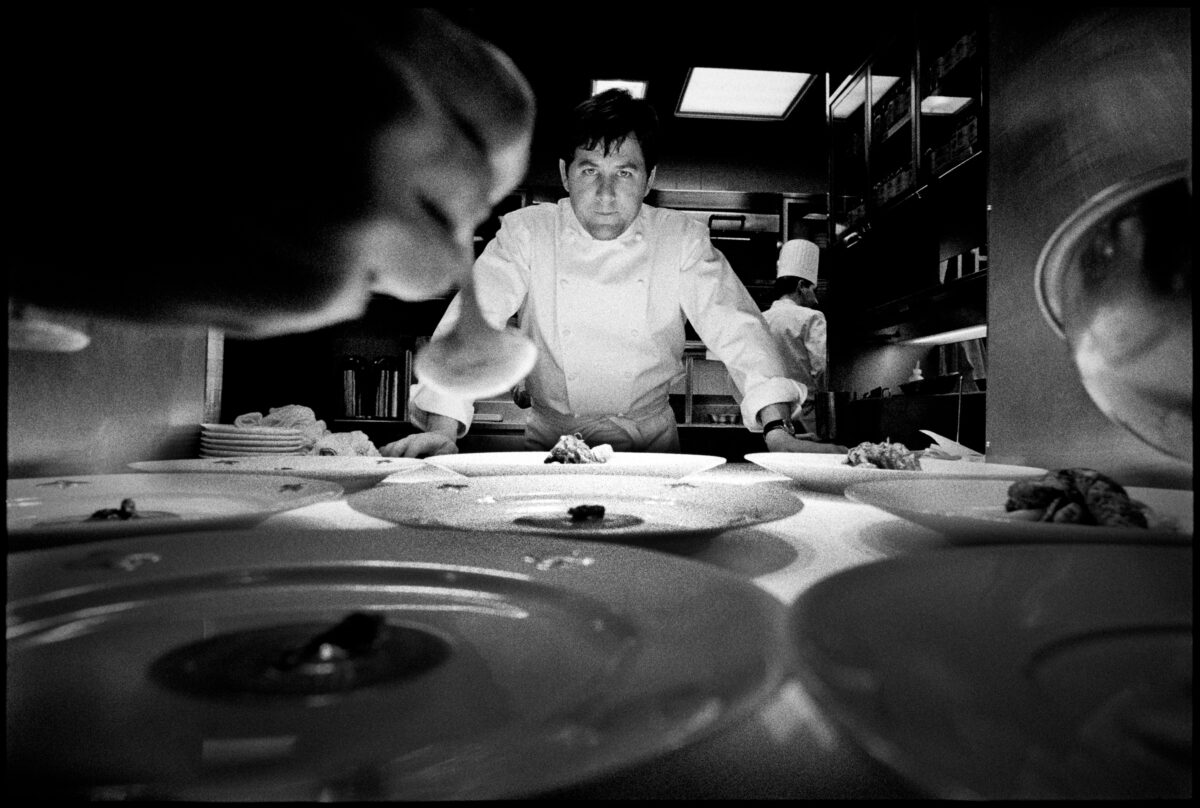 “Love, Charlie,” the excellent documentary by Rebecca Halpern, is an in depth look at Charlie Trotter, one of the first American superstar chefs.

Although this is not a “rise and fall” story because Charlie Trotter never really fell from the heights he worked hard to achieve, it is a “warts and all” tale about a perfectionist who expected the same from everyone around him. That’s really not new because anyone trying to reach the top of his or her profession never accepts second best even if, in the end, they are the prime beneficiaries. 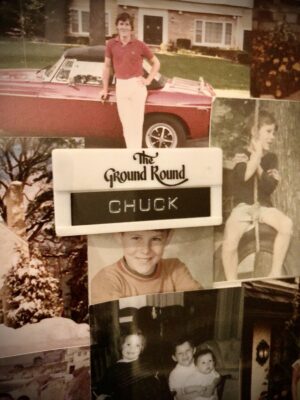 A collage from Chuck’s youth. Photo courtesy of Greenwich Entertainment

In some ways Chuck, the name he carried until he opened his eponymous restaurant, Charlie Trotter’s, was born with a silver spoon in his mouth. Maybe not silver but at least silver-plate. He was a standout gymnast at his high school, New Trier, the toniest of tony public high schools in the north Chicago suburbs. When Chuck finally alighted on a path, having worked in a few kitchens along the way, his father, a very successful businessman, backed him in his first and most famous restaurant. Charlie was 28, a basically self-taught chef, and newly married to first wife Lisa who ran the front of house. Success soon followed but success such as his comes at a price and Lisa, who was no longer a priority, was the first to go.

Charlie was a contradiction in terms. Generous to a fault to loyal workers, he gave many a start in his restaurant regardless of their previous experience. If they gave 100% to him, they had a place. Most, as in life, did not have that to give and soon departed.

He could also be vengeful to those who left to start their own endeavors. Such was the case of Grant Achatz who got a place in the kitchen by bombarding Charlie with letter after letter asking for a chance. Charlie gave him his start but the relationship frayed when Achatz decided to expand his experience and work elsewhere. Disloyalty, as defined amorphously by Trotter, was a cardinal sin and Achatz became persona non-grata. 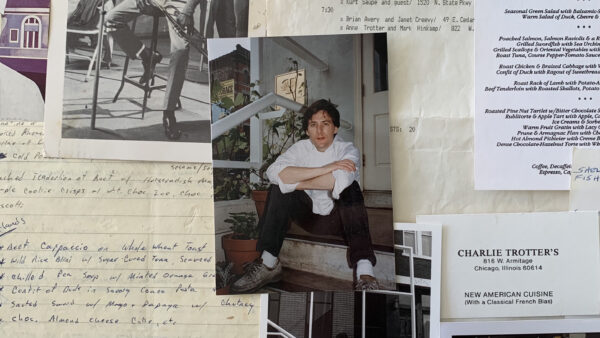 At the height of the fame and excellence of Charlie Trotter’s, the Michelin guide did not deign to review restaurants outside of New York. Most concede that had they done so in the late 90s or early 2000s Charlie Trotter’s would surely have merited three stars. When they finally did expand their territory in 2010, Charlie Trotter’s was awarded two stars. By then, the restaurant was no longer at its peak and would close in two years’ time. It certainly didn’t help his ego when, in 2011, Achatz’s restaurant Alinea received three stars. If Achatz had been persona non grata before this, he was now dead to Charlie.

Trotter, who died in 2013 at the age of 54, comes alive in archival footage, interviews with former chefs, including Achatz with whom he reconciled prior to his death, many former workers, his ex-wife Lisa and his third and last wife Rochelle, his mother, sister, and friends.

Many famous chefs learned at his elbow and they have interesting and generous perspectives to share. Among them is local super star chef David LeFevre who created and still oversees the best restaurants in Manhattan Beach. LeFevre’s journey started with an internship at Charlie Trotter’s before setting off on a series of apprenticeships in renowned restaurants in France. He landed back at Charlie Trotter’s, eventually leaving and heading the kitchen at the Water Grill in downtown LA, earning them their first Michelin star. Leaving there, he returned to the town he grew up in, Manhattan Beach, creating MB Post, and a veritable kingdom of others. LeFevre is generous and open about what he learned at Charlie Trotter’s and from Charlie himself.

There’s always a price to pay and Charlie paid it. So did everyone around him. Closing Charlie Trotter’s in 2012, he intended to tour the great kitchens of the world. Medical problems he refused to address resulted in a stroke that killed him. Whether you approve or not of his methods, his personality, or vindictiveness, they are not the salient issues. In the end, everyone gets their say and they are generous in their acknowledgement of his genius and what he accomplished in American cuisine. Like I said, warts and all.

Opening November 17 at the Laemmle Monica and on the 18th on all major VOD platforms.