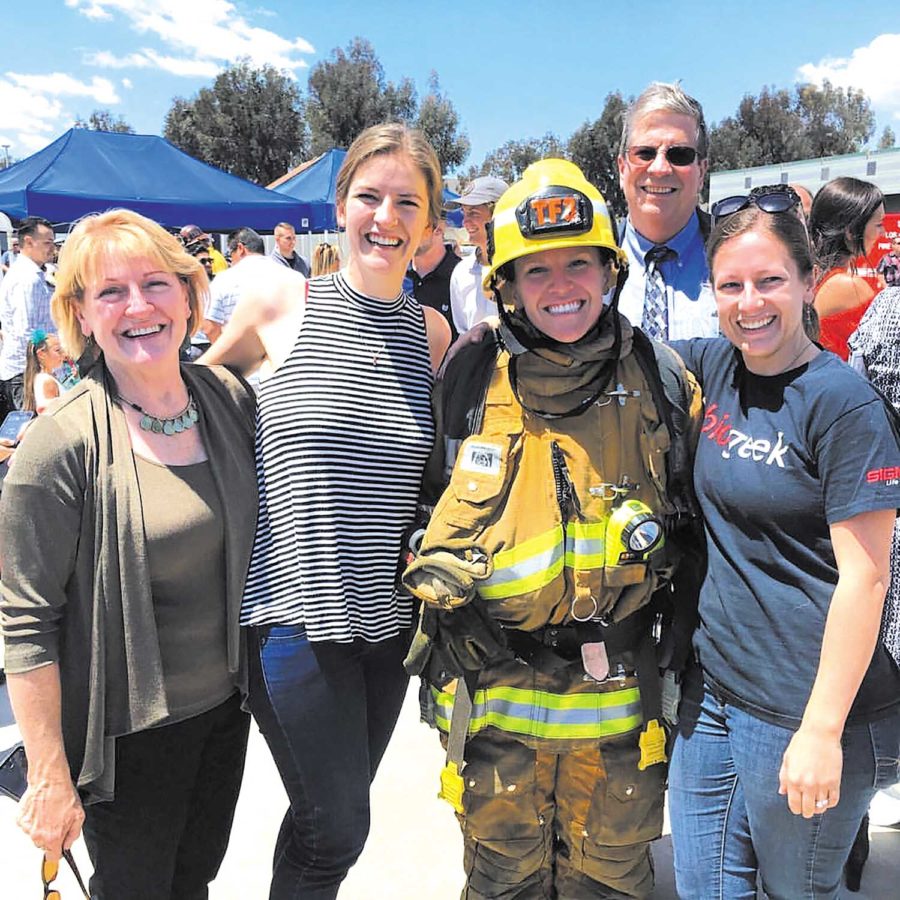 Nancy Hersman became the 10th woman ever to serve as mayor in Manhattan Beach when she was sworn in on June 4. She was joined at the dais by newly elected councilpersons Hildy Stern and Suzanne Hadley, marking the first time in the city’s history that a council had a female majority.

Hersman doesn’t think the occurrence is particularly significant, and referred to Supreme Court Justice Ruth Bader Ginsburg’s comment, “When I’m sometimes asked when will there be enough [women on the Supreme Court] and I say, ‘When there are nine,’ people are shocked. But there’d been nine men, and nobody’s ever raised a question about that.”

The mayor said it will be more significant if the day comes when it is less noteworthy that women are in positions of power.

“People keep saying, ‘Oh, you’ve got a majority of women,’’ Hersman said. “It doesn’t feel any different, to tell you the truth. We are just us. I don’t really think of it as, ‘Oh, we are making history here with our majority of women. But it is interesting I am only the tenth woman to be mayor in Manhattan Beach, and we’ve got 10, 11, 12 all sitting there on the dais. It just doesn’t seem like a big number.”

As her mayorship approached, Hersman began reflecting on what it meant and what she could do as mayor that might encourage girls today to become future leaders. She read local historian (and former mayor) Jan Dennis’ book, “Skirts Across the Sand,” and found that female leadership wasn’t at all new in the city—in fact, that women were key players in the very founding of the city.

“Women were a driving force in starting Manhattan Beach—in getting schools started and various programs stated and getting us incorporated,” Hersman said.

The only thing that is relatively new is women in elected positions, Hersman realized, something true throughout the nation and the world: there is an almost hidden history everywhere about the women who got things done but not necessarily informal positions of power.

She also realized that 2020 would mark the centennial of women’s suffrage in the United States, and decided she would launch an initiative to celebrate the occasion.

“It just fits really nicely,” Hersman said. “I think we can all use a celebration occasionally. And I want our kids to know. Sometimes our kids think it’s always been like this.”

Hersman hopes to organize a series of events that will highlight Manhattan Beach history, and to provoke thought on some of the residual impacts of a society in which women did not have equal rights.

“The fact is we have not had a woman firefighter in Manhattan Beach,” Hersman said. “Why? Is there somebody making decisions? Do women not want to come here? I don’t know. But we are talking about building the new fire station, that old fire station does have facilities for women. That’s unfortunate, because most of the work they do is paramedic work and EMT work. And those medical calls, I’ve got to tell you, if I was having something I might prefer a woman show up rather than a man.”

Hersman’s daughter is a firefighter.

“I know from talking to my daughter how many times she could calm somebody down who was really upset. Or get information from somebody,” Hersman said. “She went on calls where she had to deliver babies. The guys were like, ‘Okay that’s yours, we are out.’”

“If we could educate kids, we can get kids to understand and be more a part of it,” Hersman said. “How long has our country been here, and we’ve only had the right to vote here for 100 years? We are just better when we are more diverse, and we have more voices.”