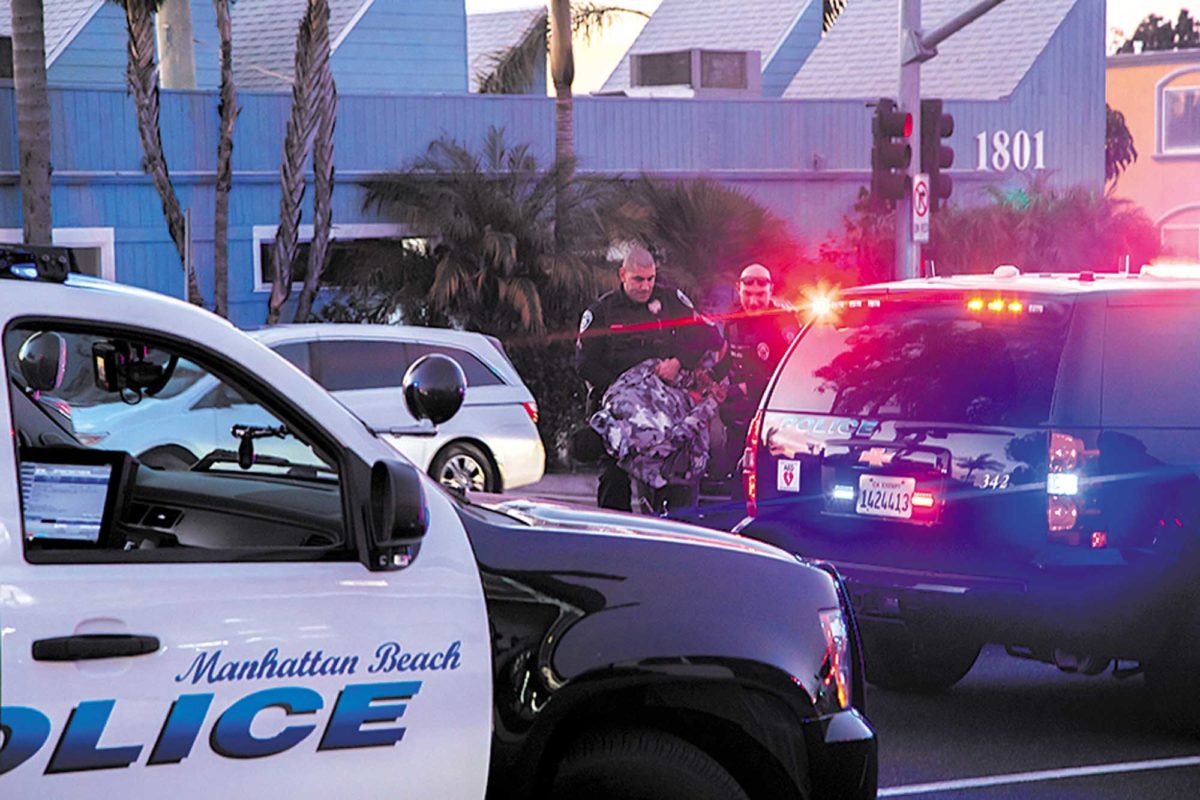 Officers arrest a man who allegedly threatened the Target manager and stole his walkie talkie Tuesday. Photo by JP Cordero

At approximately 5:15 p.m. on Tuesday, January 4, officers responded to Target at 1200 N. Sepulveda Blvd in regard to a cell phone 911 hang-up call.  When the officers arrived on scene, they contacted the store manager who said a transient threatened him and stole his walkie talkie radio from his person. Officers located the suspect in the center median of the 1800 block of Sepulveda Blvd.  As officers approached the suspect, he allegedly became combative. Officer restrained the suspect and took him into custody without further incident. While booking the suspect, the officers determined he was in need of psychiatric attention and he was transported to a hospital for evaluation.