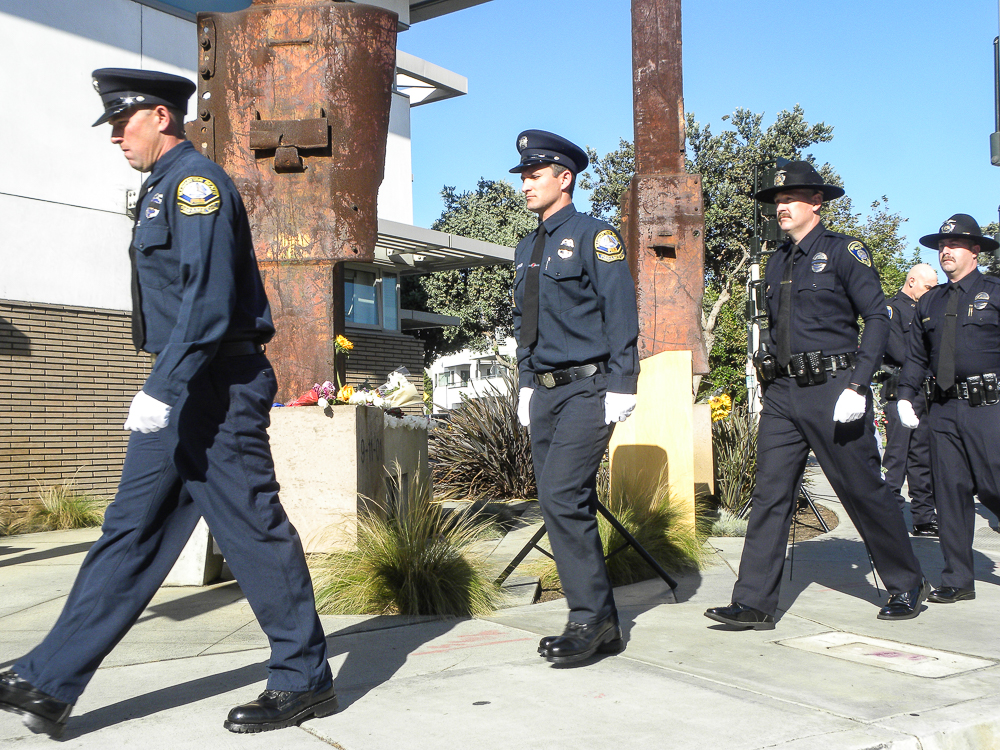 A woman walked up in an American Airlines flight attendant’s uniform. A young man stood in a Pat Tillman Rose Bowl jersey with a two-year-old at his shoulder.

A nine-year-old girl touched a steel girder that stood at the World Trade Center until Sept. 11, 2001.

They were all part of a crowd gathered last Saturday in Manhattan Beach to mark 20 years since the terrorist attacks, for a ceremony at the Manhattan Beach Sept. 11 Memorial, next to the fire department.

“I’m very proud of how our community stood strong during that particular time,” said Police Chief Derrick Abell. Abell talked about seeing the images 20 years ago on television in the breakroom at the Manhattan Beach Police Department. “Not being able to help out felt very much like you were tied up.”

He told of a 2014 trip to the National FBI Academy with 200 other police officers, during which they visited the NYPD, FDNY and the site of the former towers.

He noted an exhibit at the museum of a woman’s shoe with a trace of blood on it.

“Tomorrow’s not promised, as we’ve been told many times,” the chief said. “… Manhattan Beach, I thank you for allowing me to serve.”

Fire Chief Mike Lang then spoke, followed by Police Lieutenant Ryan Small. The department chaplain, and 31-year veteran of the department, talked about the prophet Isaiah.

“We have a strong tower in our faith,” Small said. “God bless America.” ER