The Manhattan Beach real estate market had a surprisingly strong year in 2017. Realtors differ on why, but everyone is looking east. 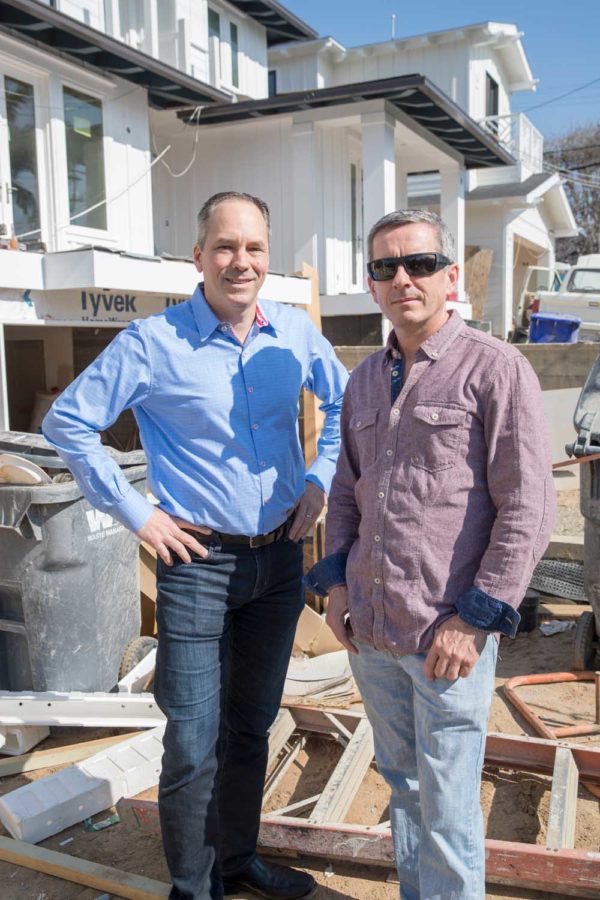 Upward, eastward
The ancient Greeks consulted the Oracle at Delphi for nearly eleven centuries, beginning in seventh century B.C. and continuing until the fourth century, making the trek to the Temple of Apollo to ask the high priestess their questions about the future.
Both the answers and the methodology of the priestess were a bit hazy. Some scholars say the Oracle, called the Pythia, delivered largely incomprehensible answers after breathing in vapors rising from chasms in nearby rock. That gibberish would be interpreted by priests and turned into dactylic hexameter poetry, leaving most everyone scratching their heads, trying to discern what it all meant. But for a thousand years in one of the most learned civilizations in history, the Oracle was a revered source of wisdom.
In Manhattan Beach, in this century, the resident oracle is the Multiple Listing Service, or the MLS, as it is more commonly known. The MLS is the real estate listing database which Realtors consult when trying to divine answers to questions such as: How much should a property be valued? When should a property be put on the market? What does the market’s future look like? And, in the case of 2017, what just happened?
Ten years ago, Dave Fratello began publishing a blog called MB Confidential, which surveyed, poked fun at, and analyzed the local market. He worked in political consulting and public relations at the time, but the more he studied the MLS, the more he became enthralled with it. He obtained his Realtor license and entered the real estate market fulltime as a broker in 2012.
Like so many sectors of society —  from the “advanced analytics” used in professional sports to the health analytics used in personal fitness, a la Fitbit —  real estate has become increasingly data-driven. It’s part of what attracted Fratello, and a new generation of real estate professionals.
“I do think high-end real estate is more data-driven than ever before, in part because there’s more data available, but also because our clients have raised expectations,” Fratello said. “We live in a data-saturated world and our clients expect to see data when it comes to real estate. One of my frustrations as a consumer, before I entered the business, was how hard it was to get real estate data, but the situation is better now. I tend to have clients who are data people — executives, engineers, and the like; we bond.”
Poring over the data from Manhattan Beach last year, Fratello saw something he’d never seen before. Despite the fact that inventory was at a nearly all-time high, in his reckoning, the median price of homes sold in Manhattan Beach unexpectedly spiked — rising from $2,075,000 the previous year to $2,349,000, an increase of 13 percent. It was unexpected because the market had appeared to be leveling off in 2016 when there was likewise a lot of inventory but a mere one percent increase in median price. In 2015, the median price increased 8 percent, following a 17 percent hike in 2014 and a 15 percent increase in 2013.
“It’s not that it’s the most rapid clip of sales ever,” Fratello said. “It’s that after 2015 and 2016, the market appeared to be calming down. And with a higher inventory, you would normally think you’d have a softness in prices. That’s economics 101.” 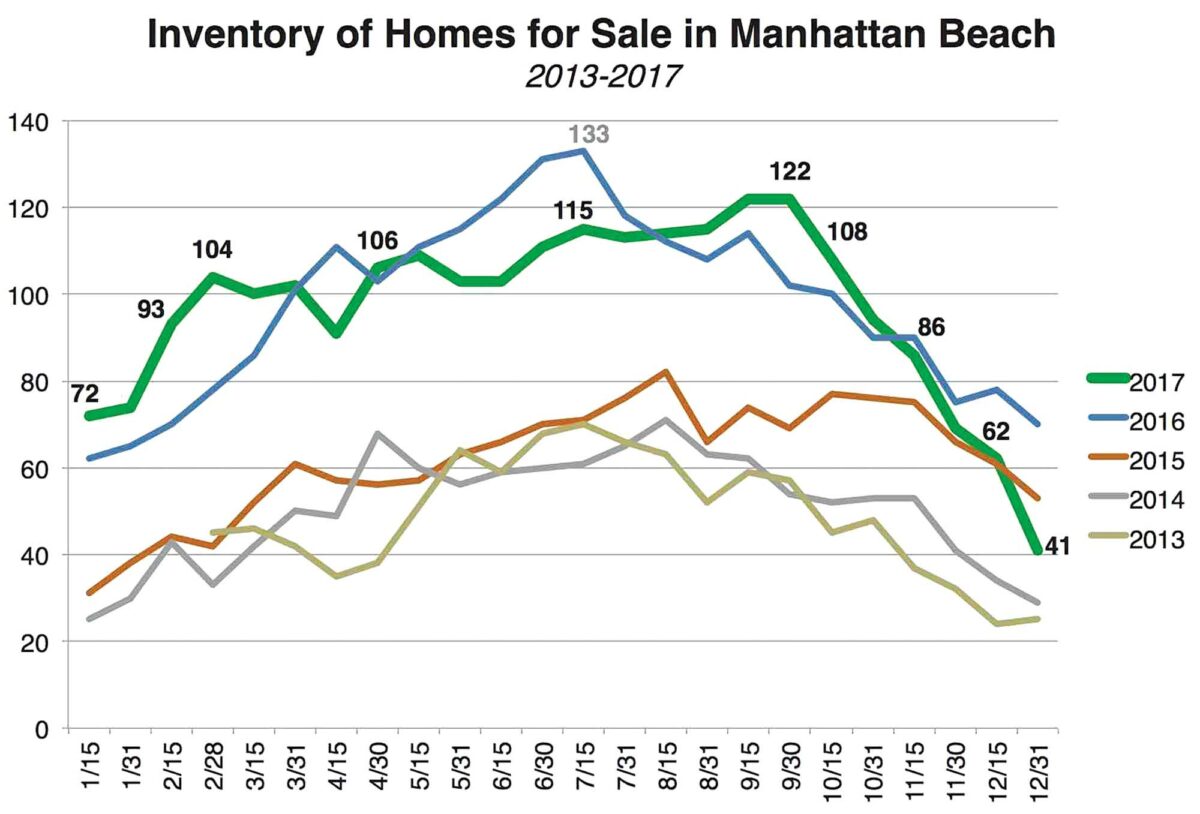