Manhattan Beach reminded all were victims of September 11 attack 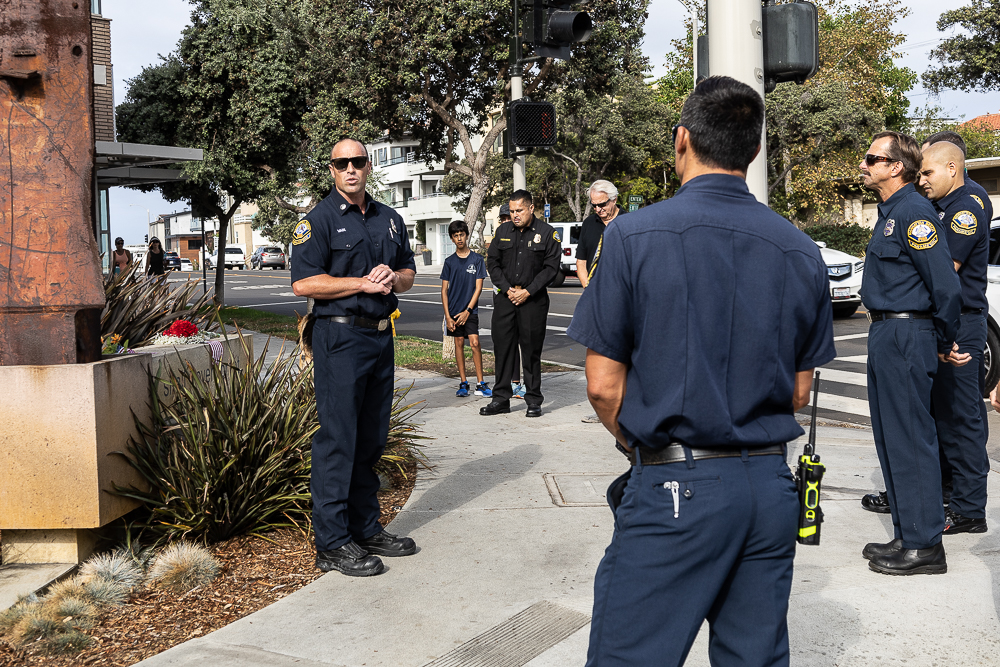 Wade recalled how all Americans are victims of the September 11 attack, because those who died represent a cross section of Americans, from office, and public safety workers, to flight crews, and their passengers. 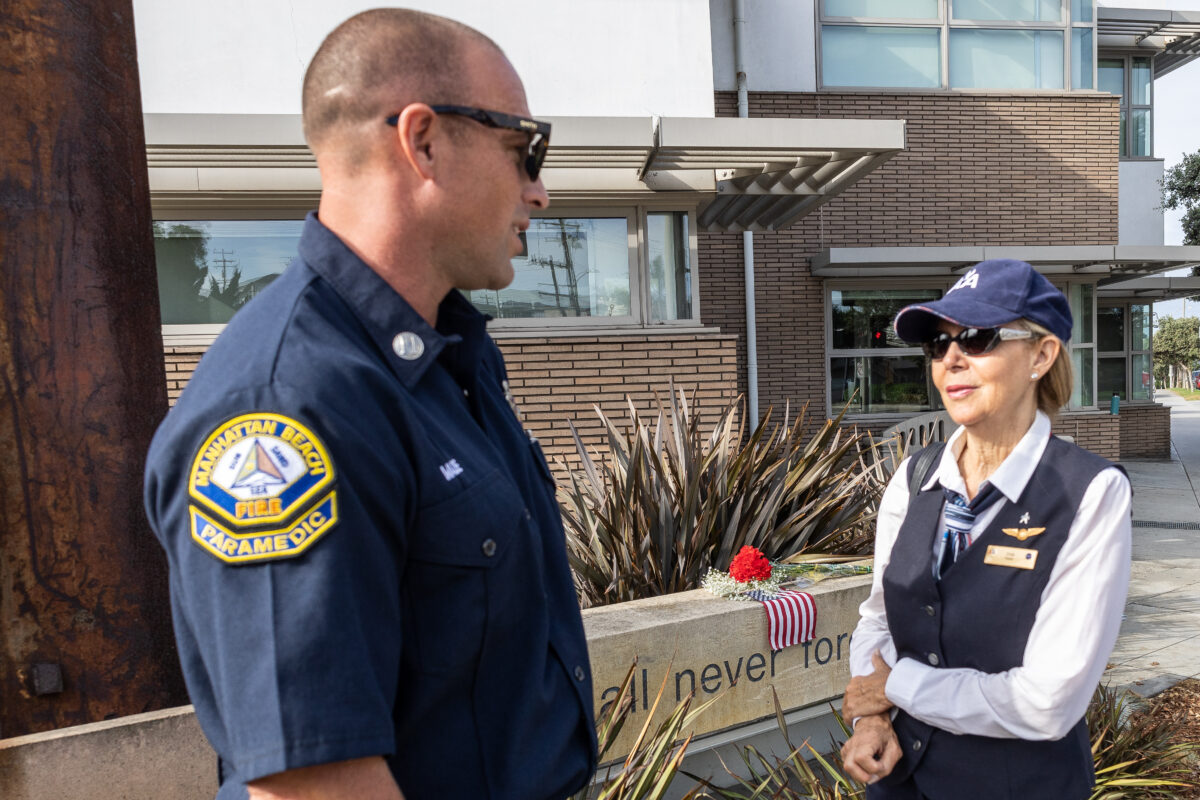 Among the attendees at the September 11 remembrance was former American Airlines flight attendant Dyan Purser, who dressed in her American Airlines uniform. The Manhattan Beach resident was frequently assigned to American Flight 11, which flew between Boston and Los Angeles. On September 11, at 8:46 a.m., Flight 11 crashed into the North Tower of the World Trade Center. Purser was not on the flight because she was in training at the American Airlines Academy in Fort Worth Texas. 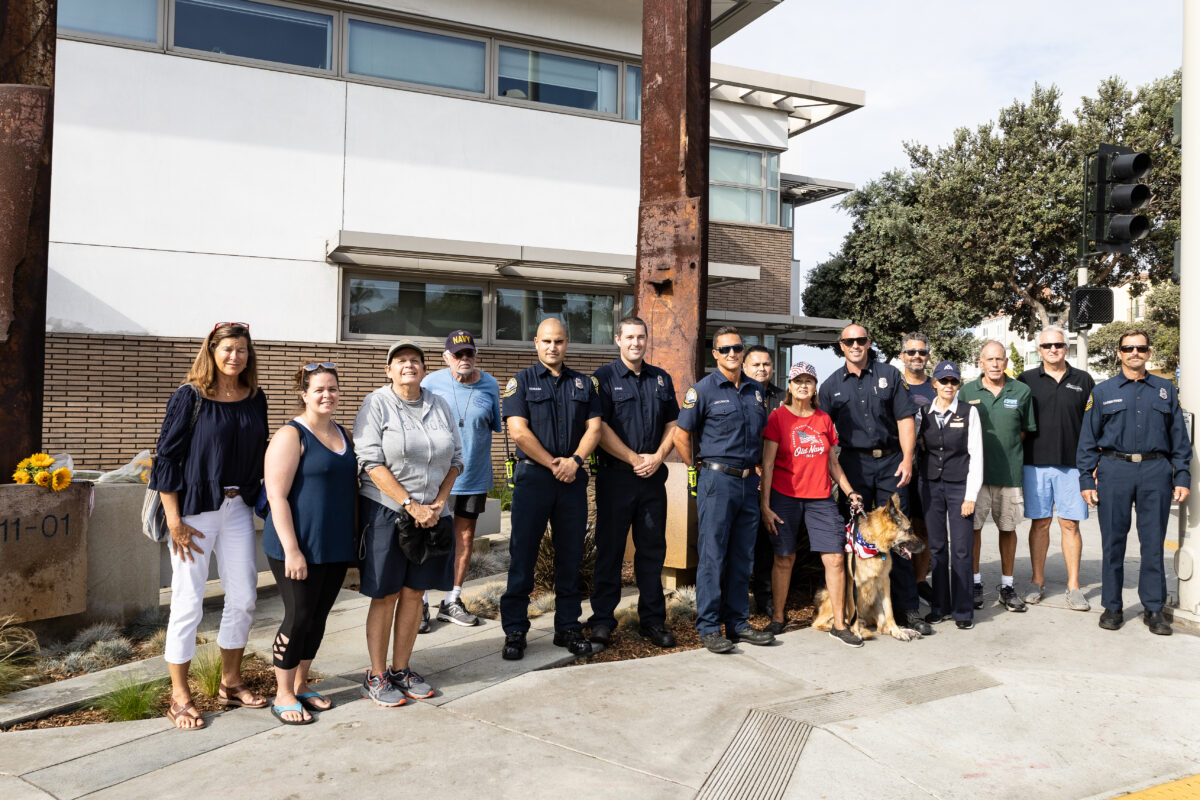 Public safety personnel, civic leaders and residents following a moment of silence in memory of September 11.

Manhattan Beach’s 9-11 memorial incorporates two 15-foot lengths of steel i-beams from the World Trade Center. They were given to the  city in appreciation for the services of Manhattan Beach Fire Captains Tim O’Brien and Jeff Sanders, who went to New York in the aftermath of the attack to help in the recovery efforts. The memorial was designed by local architect Pat Killen, and dedicated on Sept. 11, 2007.

The memorial is located at the corner of 15th Street and Valley Drive, next to the police and fire stations. ER 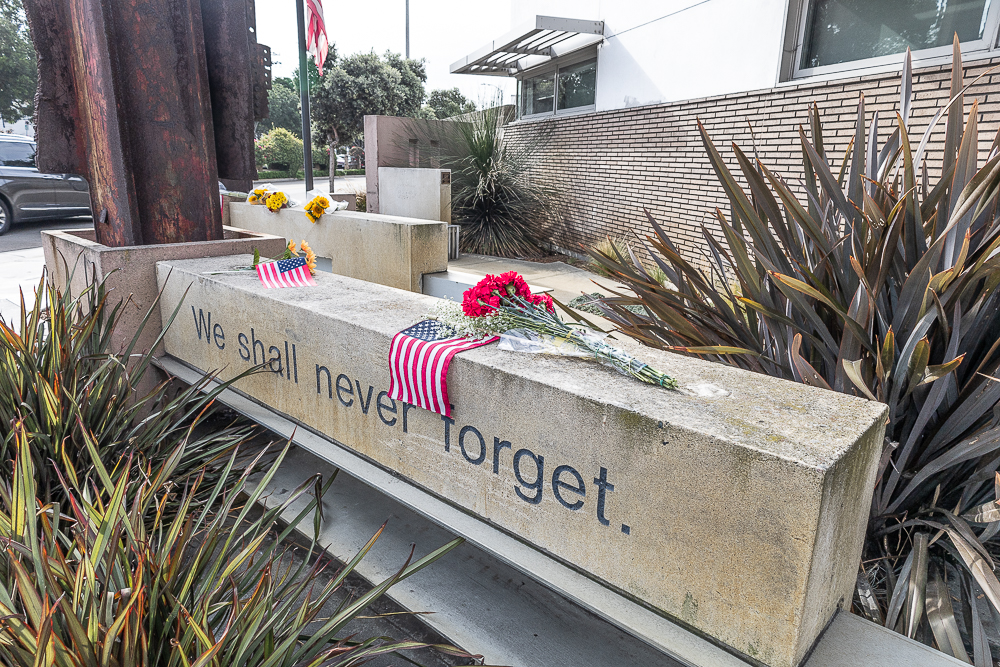