Manhattan Beach Salvatore’s on Highland: The little shop that could 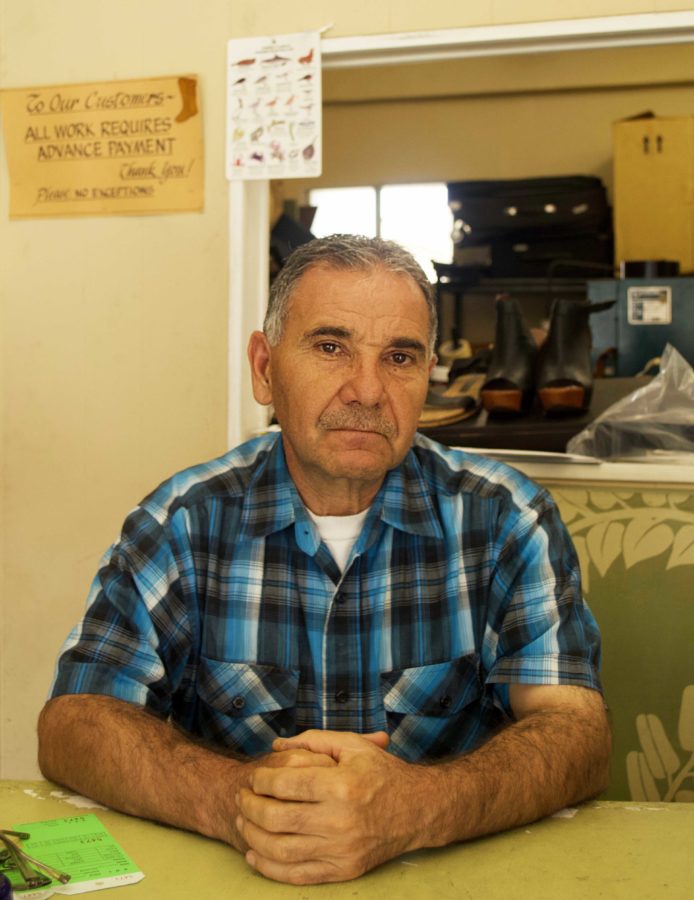 How a shoe repairman

changed with the times

On Highland Avenue between 35th and 36th street, just south of El Porto, sits a quaint little shoe and handbag repair shop called Salvatore’s. The shop has been in business since 1979 and is currently under the ownership of Harry Ashikian. He took over the business in 1984 after Salvatore himself retired, and has worked over the past 35 years to grow and expand the company.

Ashikian began working on shoes as a teenager in his father’s shoe shop in Aleppo, Syria. He worked under his father’s tutelage for six years, learning the meticulous craft of shoe repair. He immigrated to the United States in 1983, at 23, joining his uncle in San Pedro.

Once settled in California, Ashikian was faced with the challenge of becoming acclimated in a foreign country. He soon found comfort in his new home, routinely going to a dance club called Harry O’s, which was located on Highland where Baja Sharkeez stands today. It was the back and forth travel to this dance club that allowed Harry to come across Salvatore’s, and eventually secure a job there.

He rose from employee to owner, taking over the shop only a year after arriving in the country.

“The experiences I’ve gained since taking ownership have taught me a lot about the industry,” Ashikian said.

This knowledge has helped him stay competitive with changing times. Ashikian has expanded his services to include handbags.

“The demand for shoe repairs on the West Coast is much lower because many people don’t consistently wear dress shoes,” Ashikian said.

This forced Ashikian to pivot, and because of the popularity of designer handbags, it served as a great opportunity. He became not only the neighborhood shoe man, but its bag repairman. This dual expertise made Ashikian stand out in the local market. He also adjusted to changing times by making repairs to sneakers and boots as well as traditional shoes. To do so, he imports materials from a company called Vibroum, which manufactures soles for anything from flip flops to snow boots. Additionally, through the use of social media, Ashikian began taking orders from out of state.

All of these strategies have helped him keep his little shop not only surviving but thriving. Given that Ashikian is the only person who works in his North Manhattan shop, it is vital to him that he provides the best service in the quickest amount of time. He prides himself on his ability to work fast, claiming to “take just a few days for projects that may take others over a week.”

Ashikian is also passionate about the community in which he works. He is deeply involved with the North Manhattan Beach Business Improvement District (BID). The BID, as he puts it, aims to “make North Manhattan a destination.” He has been on the board of the organization for 25 years and has devoted much of his time to helping its cause.

“I just want to find ways to improve the community I have been a part of for so long,” Ashikian said.

Through their contributions to the BID, Ashikian and his fellow business owners have generated money for painting crosswalks, planting trees, and installing street lights. Ashikian hopes that through these investments, North Manhattan Beach will be able to rival downtown Manhattan Beach and Hermosa Beach in terms of business, foot traffic, and sense of community.

“I hope this story brings as much attention to my community,” Ashikian said, “as it does to my business.”