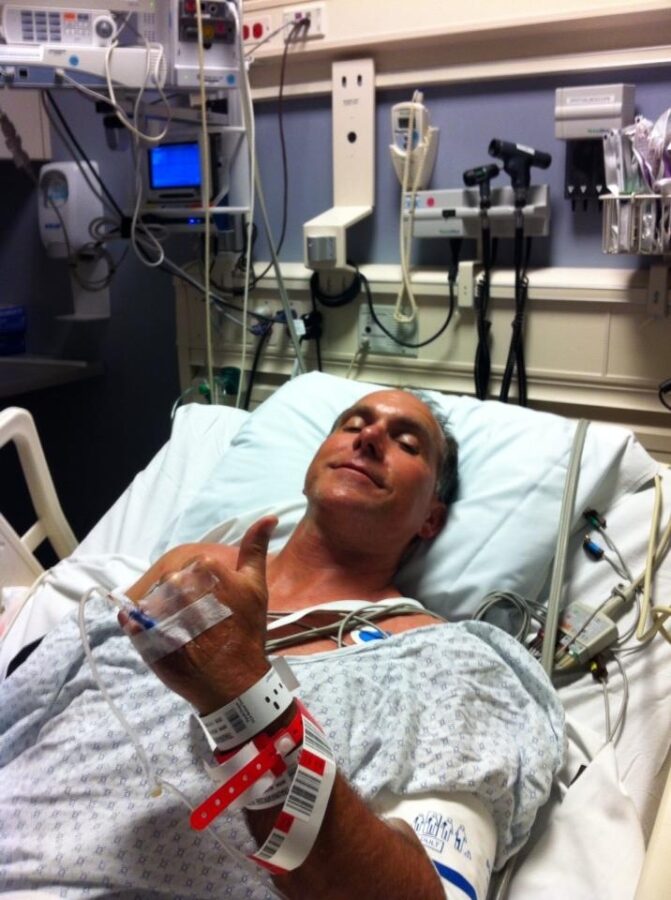 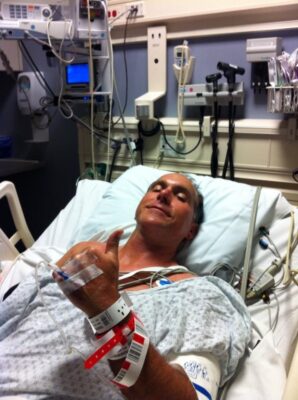 Bill Fournell, a longtime Board of Trustees member of the Manhattan Beach Unified School District, was released from the hospital last week after a man violently attempted to rob him on a bike trail in Culver City.

Fournell, who suffered a broken collarbone, broken ribs and punctured lungs from the assault, was hospitalized at UCLA Medical Center for five days and released last Wednesday. He recounted the event to Easy Reader News from home.

On the evening of July 19, Fournell, who commutes twice a week to and from his Farmer’s Insurance office in Mid-Wilshire, was riding along the Ballona Creek Bike Path en route to his Manhattan Beach home when three men sitting off the side of the trail stuck out a bicycle in his way. Fournell flew into the air with his Litespeed road bike and landed on his shoulder.

Two of the men immediately took off after he crashed, Fournell said, but one tried to forcefully pull Fournell’s bicycle from under him. What proceeded was a “tug of war” on the bike for several minutes, but when Fournell refused to give up his bike, the man retreated as well, he said.

But he pulled an empty hand out of his pocket and took off, Fournell said.

Fournell subsequently called the Culver City police and fire, who took him to the hospital. He said he is feeling better and hoping to return to work next week.

Lt. Jason Sims of the Culver City Police Department said investigators are “still working on leads” and have not yet made any arrests. The suspects are described as male Hispanic juveniles.