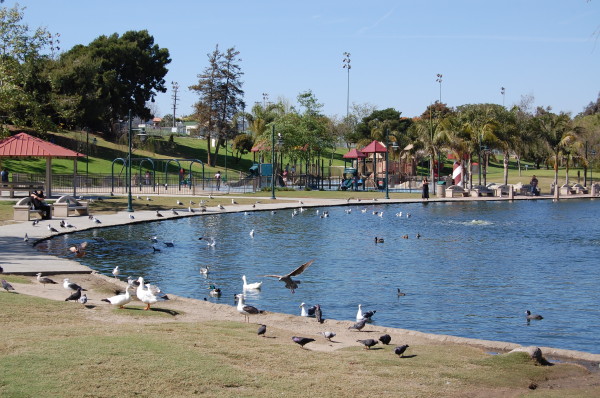 The city recently agreed to a $3 million settlement of a lawsuit brought by a woman who was hit in the eye by a disc golf disc in Polliwog Park three years ago.

Goodbody was watching her daughter’s track practice from an area near the amphitheater on Aug. 23, 2012 when “a flying disc with a sharp edge” hit her eye, according to her complaint.

“City officials are deeply saddened that this unfortunate accident affected one of our community members,” said City Attorney Quinn Barrow in a statement. “Nevertheless, we are pleased that a settlement was reached.”

The city will only pay $500,000 of the settlement. The rest will be paid by the Independent Cities Risk Management Authority, an organization of 20 Southern California cities of which the city is a member. The authority executed the deal on behalf of the city in August, Barrow said.

In her lawsuit, Goodbody alleged that it was dangerous to have the disc golf course where people who weren’t playing the game, in which players attempt to toss discs into elevated baskets, could get hit. There wasn’t “proper and adequate signage” warning park users of the dangers, it said. The disc golf course is no longer open. ER