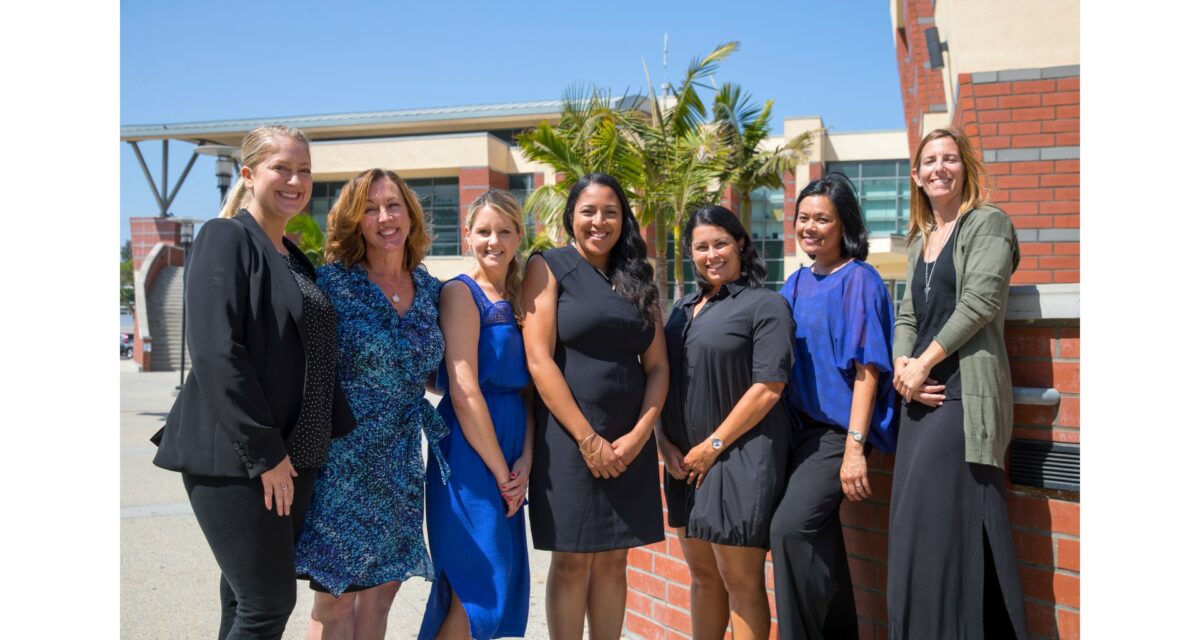 There are a lot of new faces within the Manhattan Beach Unified School District as the school year commences.

Superintendent Mike Matthews said the infusion of new talent on the MBUSD leadership team is in part the result of the district’s focus on its own staff development.

“We take great pride in developing leaders here in MBUSD,” Matthews said. “Four of the administrator openings were created when our own administrators earned promotions into higher positions. Five of our new administrators were promoted from within our ranks, and the other two are outstanding young leaders from outside of MBUSD. This blend of internal and external leadership will serve us for years to come.”

The two new principals are Michelle Krzmarzick at Meadows Elementary School and Karina Gerger at Pennekamp Elementary School. Krzmarzick will be replacing Dr. Katherine Whittaker Stopp, who was promoted to assistant superintendent of educational services for the district.

Krzmarzick joined MBUSD in 2010 and has served as elementary teacher at Pacific Elementary and as a teacher on special assignment for literacy, providing support for teachers in the areas of reading, language arts, and writing. Krzmarzick has taught most elementary school grades and served as an English Language Learner intervention teacher. Her previous experiences include Compton, Torrance, and Beverly Hills school districts.

Matthews said he was “beyond excited” about what Krzmarzick brings to the table as an educational leader.

“She has been a model teacher for us in the areas of literacy and the use of technology in instruction,” he said. “Her strengths in teaching coupled with her enthusiasm, energy, openness, and dedication to students, families, and teachers makes her the best choice for supporting and continuing the excellent work of the Meadows community.”

“I’m thrilled to be a part of such a strong community at Meadows, which is so focused and passionate about the academic, social, and emotional success of every child,” she said.

Gerger joined MBUSD in 2004. She has served as an elementary teacher, English learner coordinator, a teacher on special assignment for 21st Century teaching and learning, and as  vice principal at Manhattan Beach Middle School. For the last two years, she has been a vice principal at Mira Costa High School, overseeing the counseling department. Prior to joining MBUSD, Dr. Gerger taught elementary grades in Riverside.

“She is known for her great rapport with students, staff, and families,” Matthews said. “I couldn’t be happier about her taking on a leadership role at Pennekamp.”

“To be selected as the next Pennekamp Elementary principal is an amazing honor,” she said. “I am passionate about MBUSD and extremely excited to be a devoted member of our Pennekamp family.”

Whittaker Stopp has worked the last 24 years within MBUSD, serving as an elementary teacher, a special assignment teacher for writing and literacy, a science specialist, and a visual and performing arts specialist. She was principal at Meadows for the last three years.

“We had a highly competitive field of applicants for this position from all over the nation,” Matthews said.  “I believe we have hired the absolute best applicant, and I love the fact that she is one of our own. Katherine has been nothing short of spectacular in every one of the positions in which she served. She loves the students, employees, and parents in each of these positions, and they love her right back. She knows curriculum backwards and forwards….She will be a rock star in this critical position.”

School board president Jennifer Cochran said Whittaker Stopp has been an influential figure within MBUSD. “Dr. Whittaker Stopp has already played an instrumental part in curriculum innovation and professional development,” she said. “We are fortunate that she will be in a position to help drive both of those things at the district level.”

“I wholly believe in the MBUSD vision and I am invested in the process, the people, and most importantly, the students,” Stopp said. “I am committed to this community and passionate about curriculum and instruction. To serve MBUSD in this new capacity is both humbling and exciting.”

Sharon Witzansky was named vice principal at both Grand View and Pacific Elementary Schools.  Witzansky began her career with the District in 1999, and has been an elementary teacher, grade-level lead, and an elementary support specialist, an earlier position that assisted principals in school operations, safety, and discipline.

One of the three new assistant principals at Mira Costa, Jessica Bledsoe, also comes from within district ranks. Bledsoe has been a science teacher at Mira Costa High School since 2010 and is known for her innovative, hands-on biotech course. She served as department chair since 2011, leading the transition to the Next Generation Science Standards.

New MCHS assistant principal Tara Grings has been both a middle school and high school teacher in the LA Unified and Hawthorne school districts and worked with UCLA Center X on developing culturally responsive teaching. She taught English and musical theater and served as a choral director —  and also had her own starring moment, singing the National Anthem at Dodger Stadium.

MCHS Principal Ben Dale called both new assistant principals outstanding leaders.  “Ms. Grings has an infectious energy and enthusiasm that lifts everyone around her. Her smart and dedicated approach to leadership creates safe learning spaces for all students,” Dale said. “Bledsoe is a student-centered leader. She has compassion for students and staff while holding them to a high standard.”

The third new vice principal at MCHS, Stephanie Hall, will be primarily responsible for the athletics program at the school. She brings 10 years of experience as a physical education teacher, intervention specialist, coach, and dean from Bakersfield-area high schools.

“Stephanie brings a perfect mix to our high school, with a strong background in athletics and being a caring and compassionate instructional leader,” Dale said.

Lucas said competition for the positions was intense.  “These are highly coveted positions,” he said. “We had an incredibly strong applicant pool, with over 70 applicants from across the state.”

In his report to the board on Aug. 16, Lucas discussed the applicant pool, recruitment strategies, and the draw of MBUSD. Of the 62 positions filled, 25 were certified and 37 were classified positions. More than 300 people applied for a food service assistant position, 125 applied for the three elementary teaching positions (five of six temporary elementary school teachers from last year were also hired permanently). Only 35 people applied for a middle school science teaching position, and 22 for a high school math science position.

“I’m a little worried about the numbers, they are a little low —  but we found some exceptional people,” Lucas said.

“For instance, the high school science teacher we hired has 10 years of experience in LA Unified and is a known expert in science among her peers in the South Bay,” he said.

He said applicants indicated that the draw to MBUSD was both its reputation and references from current employees. “So I think these are great tools in high quality recruitment,” Lucas said.

School board member Bill Fournell wondered if the statewide shortage in teachers played a role in the low number of science teacher applicants.

“Is that part of what you are seeing as a result of this, or is it more select positions? I mean, do you feel like it’s becoming harder in general because the overall shortage, or is that a future problem?”

Lucas said the “big three” of science, math, and special education have been the most challenging to fill, but that a lack of applicants isn’t a problem locally.

“In Southern California, that’s not an issue,” he said. “There is a very deep pool.”

The district has 720 employees split almost evenly between classified and certified. Nearly 70 are intensive behavior interventionalists (IBI), a classified position that assists with special education; 13 IBI vacancies were filled for this school year.

Matthews said that IBI is a challenging job that pays only little more than a regular teaching assistant.

Megan Atkins, assistant superintendent of student services, said the high IBI turnover is partly because of the type of educator who is drawn to the position.

“A lot of our IBIs go on for graduate studies,” Atkins said, noting many also become certified as teachers. “We provide wonderful training for them here….We have a very rigorous hiring process so we have lot of IBIs who have their master’s degrees, who have their doctorates.”

Lucas said that his five-person HR team worked throughout the summer, handling over 300 applications, scheduling interviews and helping candidates work through the process.

“They really just knocked it out of the park,” he said. “…It’s a very busy time in HR over the summer, and this group did an exceptional job.”