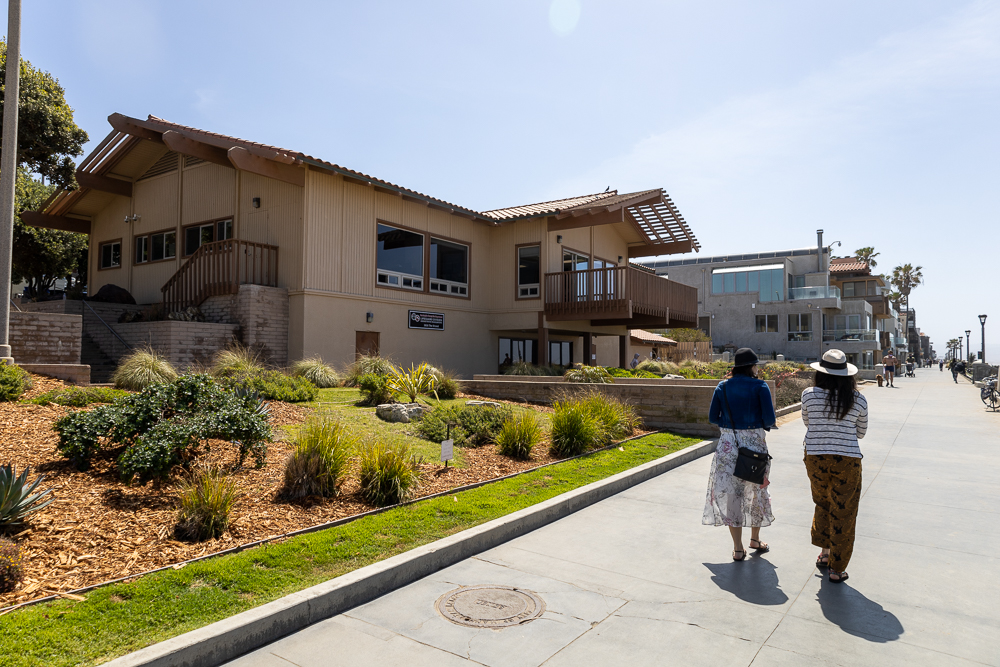 The Los Angeles County Lifeguard training center is on land once occupied by Bruce's Lodge. Photo by Kevin Cody

Legislation intended to pave the way for the return of Bruce’s Beach to descendents of the family who owned the beachside parcel a century ago has cleared another significant hurdle, and will now go to the State of California Senate Floor for a vote.

SB 796, a bill introduced by Senator Steven Bradford and championed by LA County Supervisor Janice Hahn, moved out of the powerful Senate Appropriations Committee on Tuesday. A vote could occur within the month.

Chair of the California Senate Appropriations Committee, Senator Anthony Portantino, determined that the legislation had no significant state costs and applied Senate Rule 28.8, sending it directly to the Senate Floor for a Second Reading without a hearing in the Appropriations Committee. The legislation had already passed the California Senate’s Committee on Natural Resources and Water last month with unanimous support.

Hahn, whose district includes Manhattan Beach and who has already secured unanimous support from the Board of Supervisors for the return of land now occupied by LA County Lifeguard administration offices, praised the speed with which the Senate had embraced the bill.

“I never served in Sacramento but from what I am told, this legislation is moving quickly,” Hahn said. “I want to thank Senator Bradford, Senator Portantino, and everyone who has made calls in support of this bill. We are another step closer to returning Bruce’s Beach to its rightful owners.”

SB 796, which was co-authored by State Senator Ben Allen and Assemblymembers Al Muratsuchi and Autumn Burke, addresses the deed restrictions attached to the former Bruce’s Beach land. The language of the bill amends the state’s Public Resource Code to “except the requirement that the County of Los Angeles comply with all restrictions specified in the deed…”

The bill, which is an urgency statute, also adds a new section to the code:

Chief Duane Yellow Feather Shepard, a relative who serves as a spokesperson for the Bruce family, said the family has been watching SB 796’s progress and celebrated this milestone.

“That’s what we needed,” Shepard said. “We’ve waited to hear about this.” ER