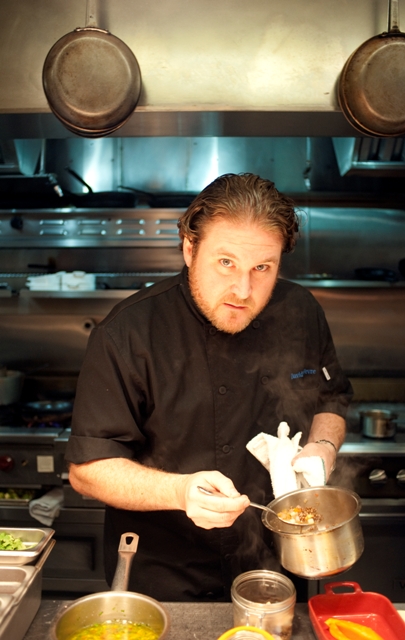 Locals know David LeFevre as the eclectic genius behind MB Post, but he first became famous at the seafood-intensive Water Grill in Downtown Los Angeles. Last week he announced his newest venture, a restaurant called Fishing With Dynamite, which goes back to his roots both personally and professionally. 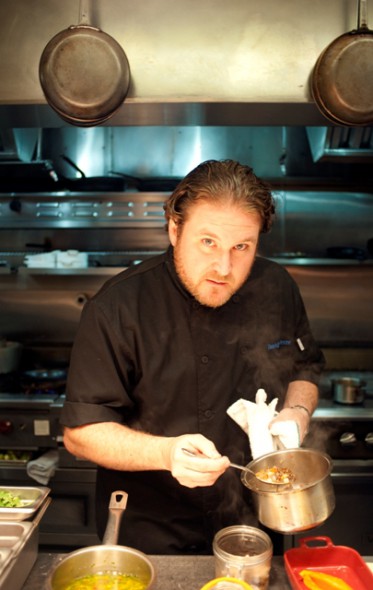 “I spent my summers on the Chesapeake in Virginia with my grandfather, catching blue crab and stripers, eating oysters,” he reminisced. “I specialized in seafood for a long time at Water Grill. It’s something near and dear to me, and I want to try that down here.”

The location in Manhattan Beach has not been divulged yet, but LeFevre has mentioned that it will be smaller than his current establishment.

“I’m not interested in opening a huge restaurant – I want to do something I love and do it right. Our guests at MB Post are continually asking for more seafood, and they’re going to get it.”

Given that the people LeFevre hears asking for seafood are already fans of the eclectic MB Post, you might guess that something more than simply grilled fish is planned.

“We’re not necessarily going for traditional flavors – I’m not recreating an East Cast seafood shack. There will be some focus on East Coast recipes where the seafood is the star of the show, some on West Coast where we have the innovation and creativity. My goal is not to have it be East Coast, West Coast, or Gulf Coast – I love seafood from all those different areas. Some of what I’ll be doing is nostalgic, some of it cutting edge, some in between. I want this to be soulful, artisanal, and handcrafted, just as the food is at MB Post – it’s just going to be a separate place specializing in seafood.”

LeFevre says that very few people have raised eyebrows at the name, which references an ecologically disastrous fishing practice, and he presumes people understand that he means it as a joke.

“I take food very seriously and our guests very seriously but not myself seriously. Fishing with dynamite is used sometimes to say something is a no-brainer, an obvious choice. If you look at my previous and current bodies of work, you will see that I am incredibly concerned about sustainability. I love the ocean, I love the products from the ocean, so I’m not saying anybody should fish like that. It was a play on words, and anybody who looks at my history can see that. I know that people in this city are concerned about the environment, and I am too. Perhaps if someone didn’t know me, they could misunderstand that.”

Fans of MB Post might be much more concerned that LeFevre will spend so much time on his new project that he won’t be spending the creative time at his existing restaurant. When the subject was brought up, he was quick to provide reassurance.

“Manhattan Beach Post has been wonderful for me, it has been wonderful for our guests, and there won’t be any change in what we do there. There won’t be any changes there, not at all. This is a separate venture… the concept we’re doing, the quality and the comfort we’re aiming for – I think people will be excited about that. I’m excited, the crew is excited, and we expect that the public will be catch that feeling.”