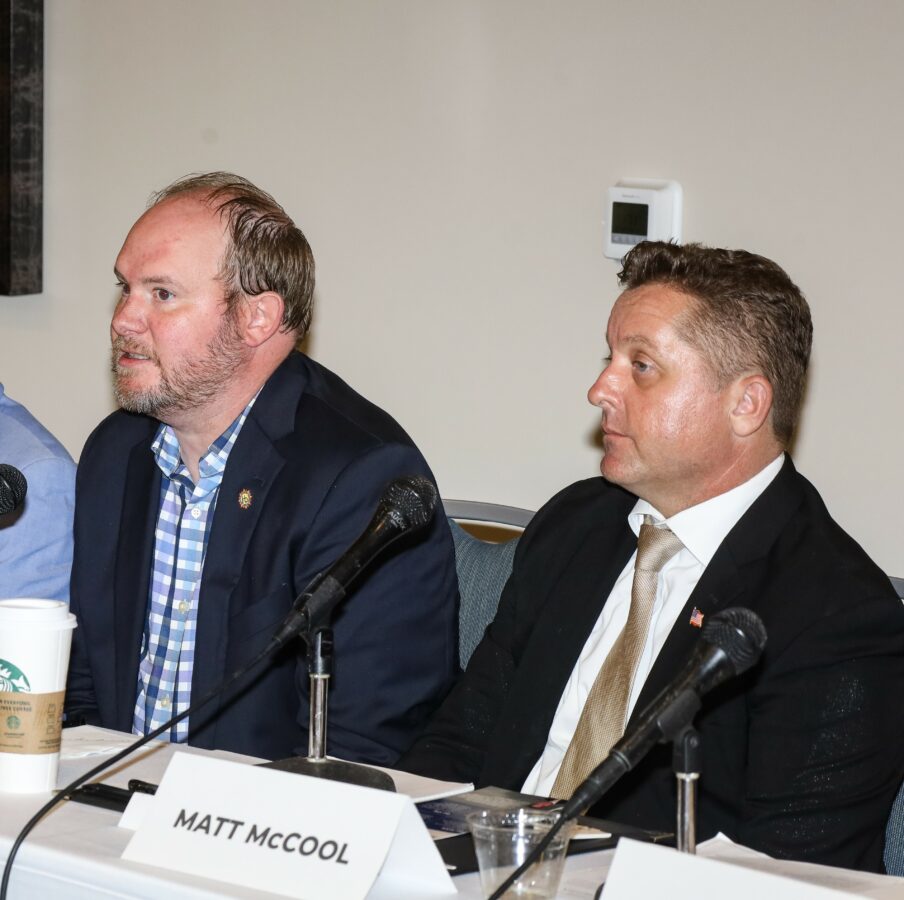 Candidate Matt McCool said the Hermosa Beach City Council should be more concerned with basic public services like “paving the roads,” and “fixing sewers” than imposing a leftist environmental agenda on residents who don’t want it.

“They’re running the city based on political ideology, versus what’s best for the residents,” the candidate said.

“I think they should be more focused on paving the roads, and fixing the sewers than fighting climate change.”

McCool said he would support projects that address the city’s crumbling infrastructure and support public safety, and shy away from overtly a political agenda. He said growing up in the Santa Monica of Tom Hayden and Jane Fonda gave him a disdain for activist politics.

As a business operations consultant he has streamlined operations for many Fortune 500 companies, and wants to apply the principles of operational efficiency to running the city.

“We should be making sound business decisions because we have limited resources in Hermosa Beach,” he said.

The self-described utilitarian “seeks the greatest good for the greatest number of residents,” and would eliminate pet projects and expensive studies.

One such project – placing decomposed granite on the Green Belt to increase accessibility, is “not a smart or efficient use of taxpayer money.”

McCool, 48, is critical of what he called wasteful studies approved by the council. Last year he said the city budget allocated $2 million for studies, including $500,000 for the study, design and permitting of bollards on The Strand.

“That doesn’t even include the purchase and installation of the bollards,” McCool said.

He’s also concerned about the increased hiring of city staff.

“There’s been a real concern that City Manager Suja Lowenthal is growing this large bureaucracy, and that has long term effects in terms of pension costs to the city,” the candidate said.

The Southern California native moved to Hermosa Beach in 2011, and has been actively involved in city politics. He believes the current council lacks transparency and makes many of their decisions behind closed doors. They also tend to vote as a bloc, he said. According to his observations, 98 percent of the votes in the last few years have been 5-0.

“I believe the decision making is already done prior to the council meeting,” he said. “There hasn’t been a substantive debate on that council in five years.”

McCool said council members Justin Massey, and Stacey Armato (who is not seeking reelection)  have been “running the city, while the other three councilmembers just go along.”

If elected, McCool said he would challenge the “group think mentality” and the ideological dominance of Councilmember Justin Massey.

“If I’m elected, you’re going to have real decision making on real issues out in the forefront for the public,” he said.

The Navy reservist who served as a volunteer firefighter said his interest in city politics was initially driven by his passion for public safety.

He said an International City/County Management Association (ICMA) study found that the city was not aggressively prosecuting crime, especially in the downtown area. He plans to hire a special city prosecutor instead of relying exclusively on the Redondo Beach city prosecutor.

McCool is opposed to Measure M, the cannabis industry-sponsored initiative that would allow for cannabis retail storefronts in the city. “It will be a drain on city police resources,” he said.

He does not support the .75 percent sales tax increase because it will have a negative effect on local businesses and consumers.

“The city council is not running their current finances efficiently,” he said. “They don’t need more money. They need to stop the government waste.”

He would also restore Pier and Hermosa avenues to two lanes in each direction.

“This council thinks that adding a bike lane is somehow fighting climate change,” he said of the bike lanes, which he said have increased traffic and congestion. “It’s actually causing more carbon emissions.”

He served  on the city’s Emergency Preparedness Advisory Commission, as a member of the Community Emergency Response Team (CERT), and on Leadership Hermosa Beach.

McCool said he wants to bring back the Summer Concert series and protect the local beach culture.

“This is a beach town. We want to protect our beach culture,” he said. “And I think it’s being undermined by the city council’s political activism.” ER