Measure A heads to a vote 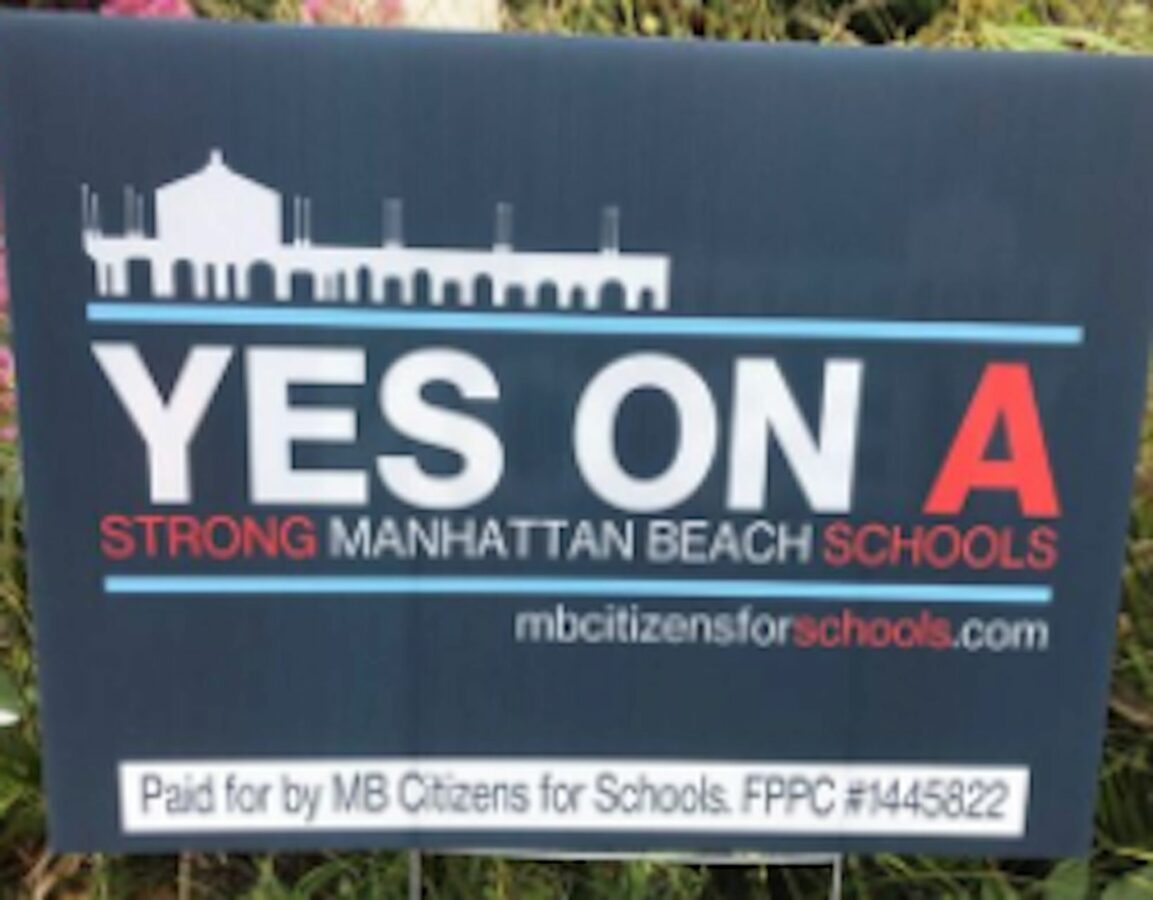 A sign for Measure A paid for by MB Citizens for Schools. 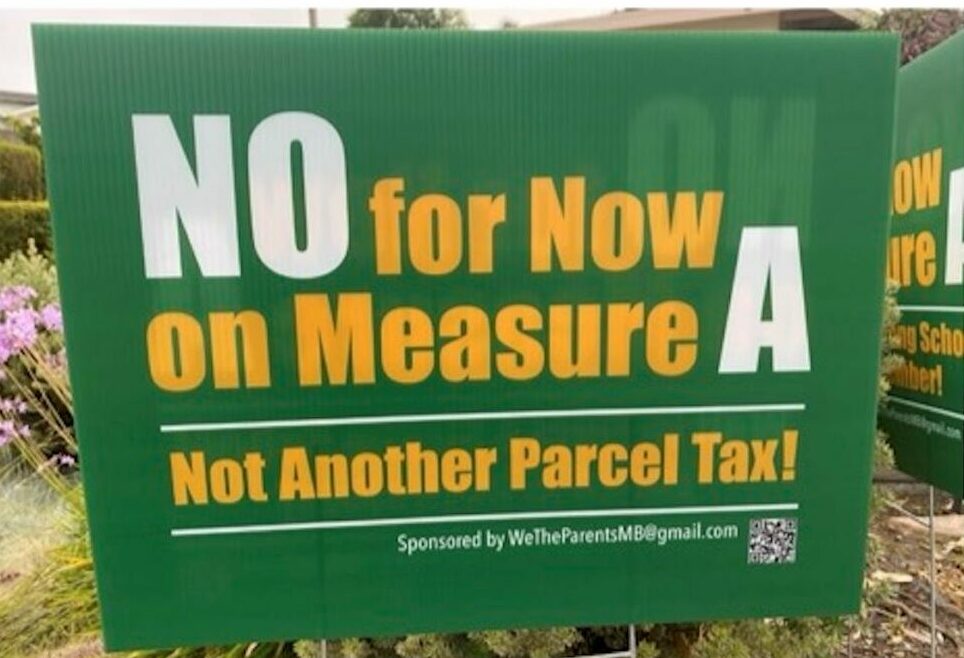 A sign against Measure A sponsored by the anonymous group WeTheParentsMB. File photos

The fate of Measure A, a citizen-led initiative that proposes a $1,095 parcel tax to fund Manhattan Beach schools, will be determined by voters Tuesday.

The campaign has been unlike previous election battles in Manhattan Beach, in part because much of the opposition has been anonymous, a fact that has prompted an investigation by the Fair Political Practices Commission. Measure A is also an unprecedented tax measure in that its passage will require only a simple majority, not a supermajority, due to newly settled law regarding citizen-led initiatives.

Wysh Weinstein, one of the leaders of MB Citizens for Schools, the group advocating for Measure A, said that the initiative offers residents the only reliable way to ensure stable funding necessary for strong schools.

“For as long as any of us can remember, the Manhattan Beach community has valued public education,” Weinstein said. “I hope everyone continues to support our schools by showing up to vote yes by Tuesday.

The election is also unusual in that two sitting city council members have come out in opposition to Measure A. Councilperson Joe Franklin emerged as its most vocal critic, and just this week, Councilperson Suzanne Hadley announced her opposition. Hadley, describing herself as a fiscal watchdog, sent an email to her supporters outlining her reasons.

“I have joked with some that it’s as if organizers of Measure A gathered in one room with a few bottles of wine, and someone said, ‘So, you think I can’t pass a record high parcel tax that rises with inflation, lasts 12 years, has few controls on spending, requires residents to pay two parcel taxes for 18 months, and spends parents’ MBEF donations on the political campaign ?….. Hold my beer.”

The Manhattan Beach Education Foundation’s $49,000 contribution to the Measure A campaign, roughly half its total revenue, has become a target of critics.

“How would a parent or grandparent who made a donation to any of these organizations feel if they didn’t support Measure A?” Franklin said.

Weinstein noted that MBEF donated the exact same amount for Measure MB in 2018.

“It’s within the by-laws and mission of MBEF,” she said. “It was a unanimous decision by our MBEF board to make the donation.”

What is truly troubling, Weinstein said, was the anonymous campaign against A, which she suspects has spent as much money as the proponent campaign, but with no accountability.

“The voters have a right to know how much was spent and by whom,” she said. “Two full page Beach Reporter ads were bought by people who live in South Carolina…I’m all for opinions, but I’m also for playing by the rules. Clearly the opposition is not.” ER