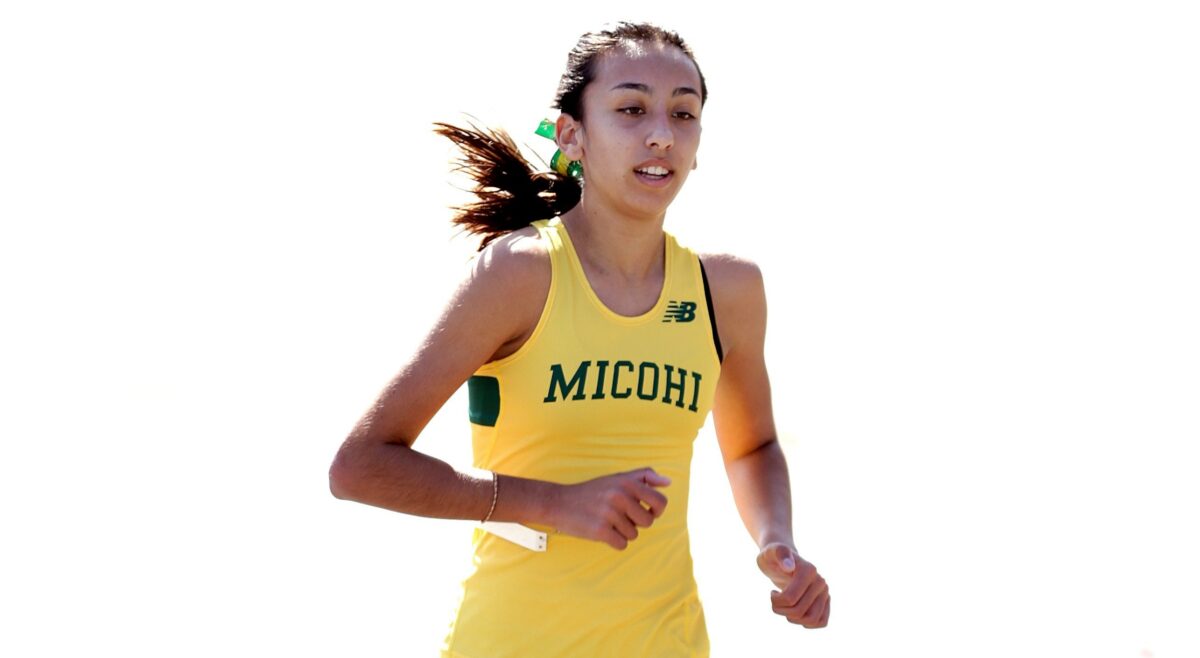 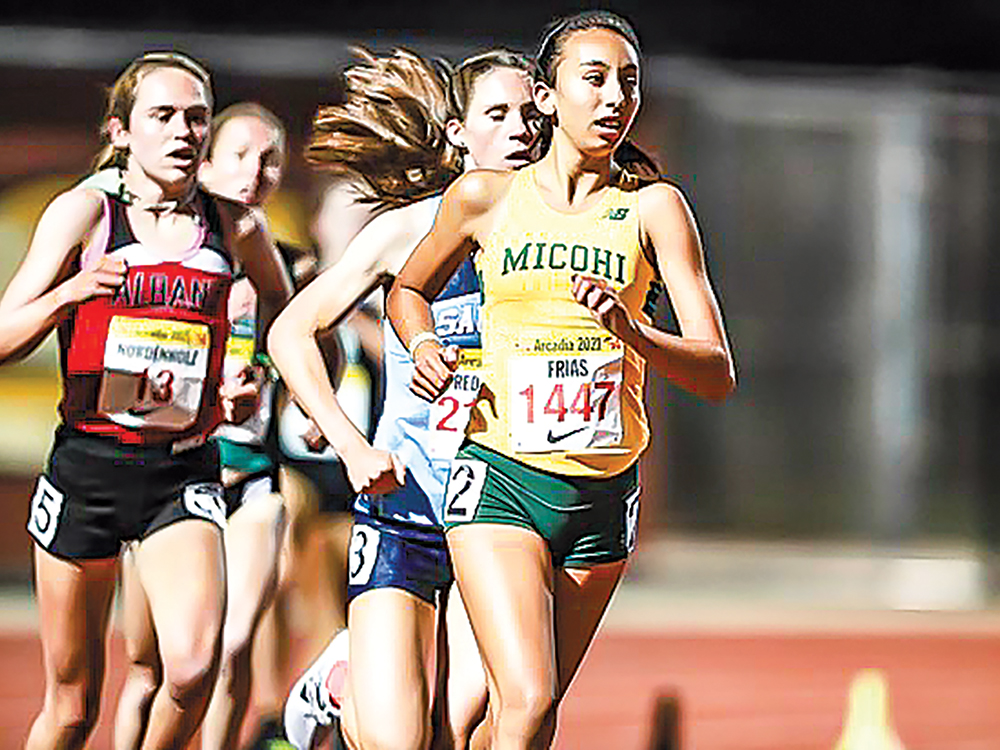 Dalia Frias on her way to setting a Mira Costa school record in the 3,200 meter race, on May 8, during the Arcadia Invitational. Photo courtesy of Dalia Frias

Finally, on May 15, less than a month after setting her first school record, Frias set her fourth school record with a 4:47.71 mile at the Sound Running track meet in Irvine. The previous record was set 45 years ago, by Lynn Maltinski, who ran a 4:56.4 in 1976.

In the course of breaking the mile record, Frias passed the 1600 meter mark in 4:45, eclipsing her record time on April 17, by nearly four seconds. But because she did it running the mile, the 1600 meter time will not count as a school record.

Frias’ times in the 800 and the mile are the second fastest high school girls’ times in the state this year. Her mile time is the fifth fastest in the nation.

Frias’ miracle month was history making, not only for the number of records broken, but because of when she broke them. The records were broken during the first month of track season and after a year of no track meets, or even track practices, because of the pandemic.

“It was very tough,” Dalia said of the pandemic. “Some of us — most of us kept training. In the moment, you feel like you’re working toward nothing, but you’re not. It definitely paid off.”

“If I had stopped I would not be where I am now,” she said.

On a few occasions Frias and teammates ran unofficial road races. But most days she trained on her own.

“I discovered it’s kind of nice to run on your own. sometimes,” she said. One reason, she said, is running alone allows her to run at her own pace.

Freshmen are required to take a physical education, unless they play a team sport. Frias didn’t want to take PE.

When some friends signed up for the cross country summer program, she decided to do the same.

“It was super fun,” she said of that summer.

“There’s so much stuff. The first is the team and how supportive we are of each other.”

Also, she said, “Just the thrill you get from racing is indescribable.”

Her favorite event is the mile.

“But I really like all of them,” she said.

“Dalia is a natural runner with a natural stride,” Mira Costa track coach Renee Smith said. “She is able to get in a zone when she competes, where she is present in the moment in the race, without distractions. She understands pace in workouts and trains to it and is willing to work hard. She understands when she needs to train hard and when she needs to take it easy and recover, which is key in distance running.”

The track team logged 35 to 40 miles a week. The team takes Sundays off.

Though only a junior, Smith said Frias has already attracted the attention of college coaches. And with the upcoming Olympics, representing her country can’t be far from Frias’ mind.

Former Mira Costa runner Jeff Atkinson still holds the mile record at Stanford University and represented the U.S. in the 1500 meter race in Seoul, South Korea in 1988. Cattivera, whose 1600 meter record Frias broke, ran at Princeton University and qualified for the 3000 meter in the 1992 U.S. Olympic trials, but was sidelined by injuries. ER