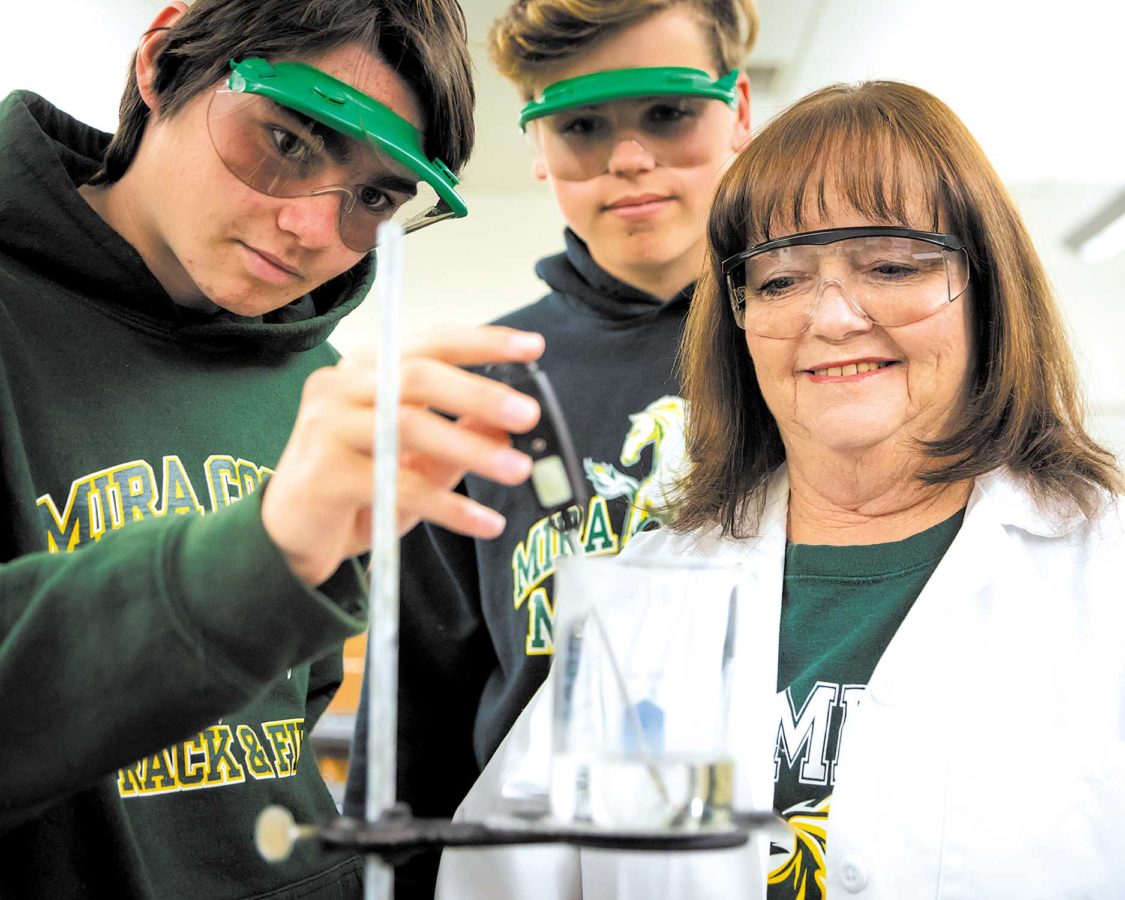 Mira Costa High School has been named one of the top schools in the United States for science, technology, engineering, and mathematics education, known as STEM.

Newsweek magazine and Stem.org worked together to compile the top 5,000 STEM high schools in the nation. MCHS, which as part of an MBUSD districtwide effort has focused on bolstering its STEM curriculum over the past five years, ranked 384th.

Superintendent Mike Matthews said the district’s success in growing its STEM programs is a direct reflection of Manhattan Beach itself.

“STEM excellence just makes sense in our community,” Matthews said. “The South Bay has been the hub of the aerospace industry for decades, and now we are becoming a new hub for Information Technology. The engineers who moved to Manhattan Beach have melded with the surfers and beach lovers to create an eclectic, educated, nature-loving, and highly innovative community.”

School board President Bill Fournell said the ranking dovetails with improved scores MCHS has seen in standardized testing in STEM subjects, particularly in math, as educators have worked to align with new state standards.

“This was really nice to see,” Fournell said. “And it was really nice to share this out with staff at the schools, because it has been such a challenge, changing the way math is taught —  often with teachers who have taught math for 20 years. Change is tough for all of us; it’s difficult to change habits. So kudos to all those teachers.”

Fournell said increasing the number of girls taking AP STEM classes has been a priority. “Which is another area in which we’ve seen a lot of growth,” he said.

Hilary Mahon, executive director of the Manhattan Beach Education Foundation, said that the community has long backed the effort to make MCHS a top STEM school, beginning In 2008, when voters approved the $68 million Measure BB in order to upgrade the MCHS campus. The bond measure’s success resulted in the completion of the state-of-the-art Math and Science building in 2015.

“The community has been working towards building our STEM programs in the district for some time now,” Mahon said.

Mahon also pointed to the biennial surveys MBEF conducts, in which parents and educators have consistently prioritized STEM. As a result, MBEF directed millions of dollars in funding towards STEM programs.

Matthews credited MBEF’s key role in district-wide growth in STEM programs, and noted that one key constituency driving the push has been the students themselves.

“It has been our students and their desire for more STEM that has changed the high school and the middle school,” Matthews said. “We have added STEM electives, including engineering, robotics, environmental science,  and computer programming. And we offered as many sections as our students wanted. We have seen students flock to our STEM classes and thrive in them. One of our biggest changes has been in the mathematics department, the M of STEM. We are offering classes such as financial algebra and statistics in addition to the standard courses offered by most high schools. We are listening to our students, and they have made their push for STEM excellence clear.”

MCHS Principal Ben Dale said STEM success at the school has resulted from a lot of diligent effort and support from the whole Costa community.

“I couldn’t be more proud of our teachers and students for making our STEM program the best it can be. Everyone from MBEF to PTSA to the District and Board has been so supportive.”

Matthews likewise emphasized the importance of how teachers have embraced STEM education.

“It has been our teachers who have made STEM classes so much more interesting and enticing to our students,” Matthews said. “Our community supported the construction of our Math and Science Building at the corner of Peck and Artesia, with one lab for every 1.5 classrooms. It has been our teachers who are maximizing the use of those labs and making science come alive every day.”

“The combination of the history and support of our community, the interests of our students, and the excellence of our teachers have paved the way for MBUSD’s upward trajectory in STEM education,” Matthews said.