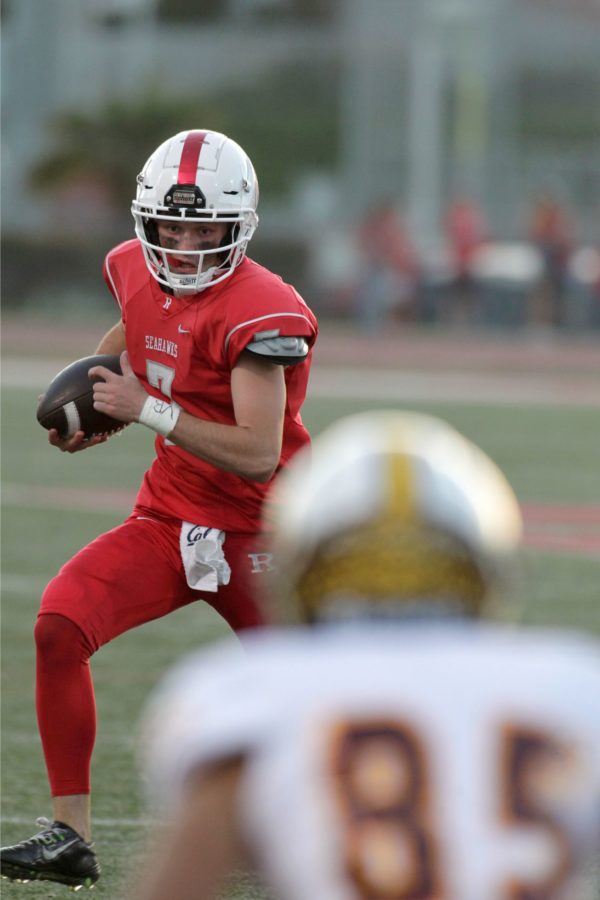 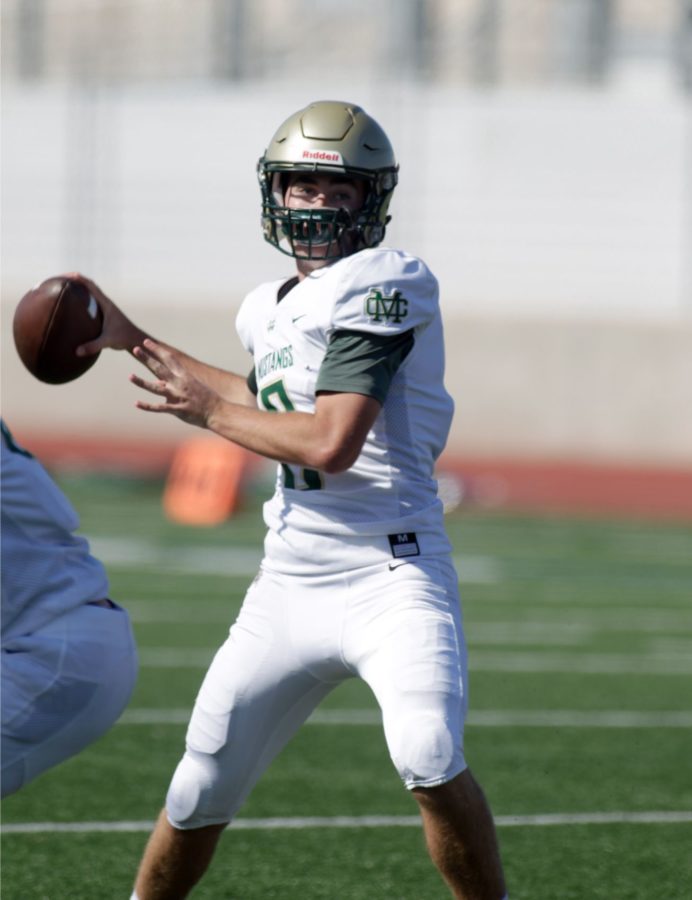 The Mira Costa vs. Redondo rivalry football game is always a high point of the regular season, regardless of the teams’ records.

But this year the Nov. 1 game at Costa is shaping up as an even bigger deal than usual.

It looks like it will be a battle for second place in the Bay League, and all the playoff seeding advantages that go with that.

This is a result of last weekend’s action that saw Redondo fall decisively to Bay League heavyweight Palos Verdes by a score of 34-7, while Mira Costa pulverized Leuzinger 42-14.

PV is now on track to win the Bay League yet again, while the Mustangs and Sea-Hawks have identical 2-1 records in league play and 5-3 overall. Assuming the Mustangs beat Centennial Friday night and Redondo beats Peninsula – both of which are probably – the backyard brawl the night after Halloween figures to be even more intense than usual.

The PV win over the Sea-Hawks was the more surprising result of last Friday’s games. The margin of victory was shocking for a Redondo team that traveled up the hill with a 3-game winning streak and a determined attitude that this year’s contest would be different from so many years past.

But as it turned out nothing much changed this year. PV scored early and often behind the passing and running of dual-threat quarterback Jake Jellison and running backs Mike Nagy and Dominic Ciolino. Redondo scored its only touchdown in the fourth quarter to draw within shouting distance at 20-7, but PV quickly put up two more TD’s and the game was soon out of reach for a disappointed Sea Hawk squad.

To be fair, Mira Costa also swaggered into PV with a 3-game winning streak three weeks ago and shuffled out with a 34-9 loss, which punctured their hopes that this year they would finally conquer mighty PV. So there’s no shame in losing to the traditional Bay League bully.

Costa, which has been riding the hot passing of “Slingin’” Sam Whitney all year, took a different approach against Leuzinger Friday night. Whitney threw for two touchdowns, but this time it was the running of Bryce Carlisle and the ferocious Mustang defense and special teams that carried the team to an overwhelming victory.

Carlisle, a cat-quick halfback, scored the Mustangs’ first TD on a short run for a 7-6 lead. The special teams scored the second TD on a blocked punt by Charlie Kohler that was picked up and run in by Zane Thor for a 14-6 lead.

The Mustangs broke the game open during a 5-minute span midway through the second quarter with a 21-point burst. Jaden McDonald intercepted a pass and returned it for a TD to make it 20-6. Then Whitney threw two TD passes in a row, first for 10 yards to Kian Towfighi and then for 15 yards to Thomas Southey. Carlisle finished up the scoring with a fourth-quarter 3-yard TD run.

The only good news for Leuzinger: this was the last time they will have to face a Costa football team for a long time, and perhaps forever. Leuzinger and Centennial are being removed from the Bay League and are being replaced by Culver City and Santa Monica, starting next school year.

The decision was made by the South Bay Athletic Association, which is composed of the athletic directors of all the Bay, Ocean and Pioneer League schools. The decision applies to all athletics teams from the affected schools.