Hermosa Beach Murals Project to finish by honoring the Biltmore 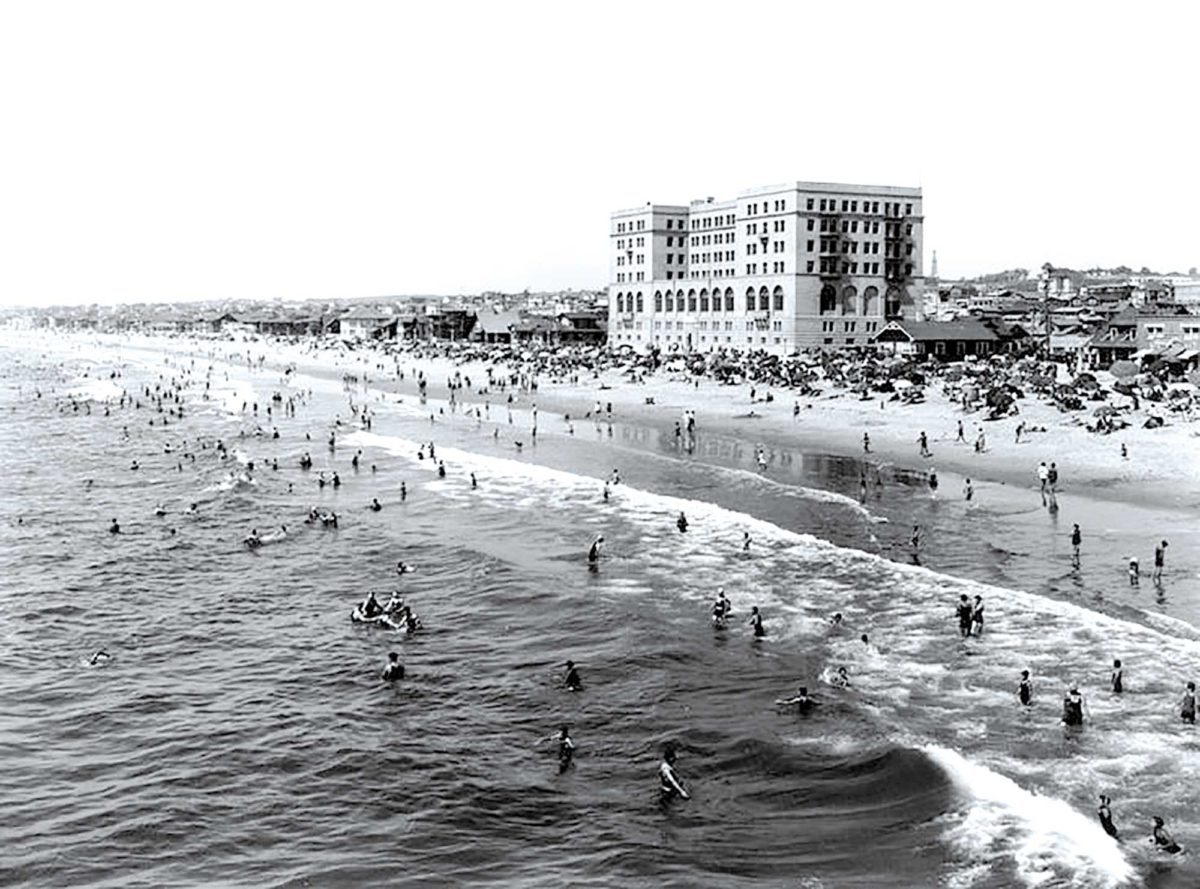 The Biltmore Hotel served people who flocked to the Hermosa’s beaches in the 1930s. Photo from Hermosa Beach Historical Society

It has been a site of scandalous bikinis, a music venue for the Beach Boys, a crash pad for hippies, and contested ground in more than a dozen Hermosa Beach elections. And soon, it will be a mural.

The Hermosa Beach Murals Project has announced that its 10th and final mural will depict the Hermosa Sand and Surf Club, commonly known as the Biltmore Hotel. The beachfront land that is today home to Noble Park was once an eight-story, glamorous hotel in downtown Hermosa that served as a club for bathers and a rest stop for the occasional touring jazz musician. It later fell into disrepair, was demolished in 1969 and remained a vacant plot for more than a quarter-century.

The mural will be painted later this year on the west-facing wall of the Bijou building in downtown Hermosa, just blocks from the hotel site itself. Board members for the mural project, a privately funded effort to paint 10 murals in downtown Hermosa in 10 years, say the combination of the Biltmore’s “iconic” place in Hermosa history and the large canvas the Bijou wall provides should make for a fitting closing act.

“Every mural that we have done, I have started to worry about how we would top ourselves for the next one. Somehow it always works out,” said board member Steve Izant.

The city eventually took possession of the site after the hotel was demolished. George Schmeltzer, another mural project board member, was on Hermosa’s city council in the late ‘70s and ‘80s, recalled that after the Biltmore site was the subject of a seemingly endless string of competing proposals. It was not until the early ‘90s, when resident Parker Herriott rallied public support for a park proposal, that its fate was secured. The name Noble Park comes from the Hermosa family that donated money needed for landscaping.

“It was kind of the sandpit for back-and-forth political struggles,” Schmeltzer said. “For people of a certain age and longevity here in Hermosa, it has a lot of meaning.”

Along with its well-known history as a hotel, the Biltmore site is bound up in countless other lesser-known threads of Hermosa history. Its pool, for example, was where many Hermosa kids growing up in the 1930s learned to swim.

Adam Malovani, a resident whose Experience GPS Tours documents Hermosa’s rich musical past with a mobile phone app, found that Frank Sinatra once played there; so did the Beach Boys. His research also exposed him to seedier happenings as the 1960s wore on, including an eccentric evangelist who took up residence and would lure people off the beach with surf music, then preach his version of the gospel in the basement.

Malovani said that the Biltmore was a good choice for a subject, but noted that many of the things that made it iconic took place inside.

“It’s a cool subject, but, visually, how do you capture all the weirdness that makes it interesting? It’s going to be a challenge to do the stories justice,” he said.

The mural project, which has as its goals both beautifying Hermosa and promoting knowledge of its history, is giving artists flexibility on what the mural can look like. Among the few requirements is that submissions be in the “trompe l’oeil” style, French for “deceive the eye.”

Schmeltzer pointed to another of the project’s murals — honoring the city’s history with jazz and painted by muralist John Pugh — using the style, and said it is one that the board frequently receives praise for.

The board has posted a request for proposals on its website, and will be taking submissions from artists until the end of the month.