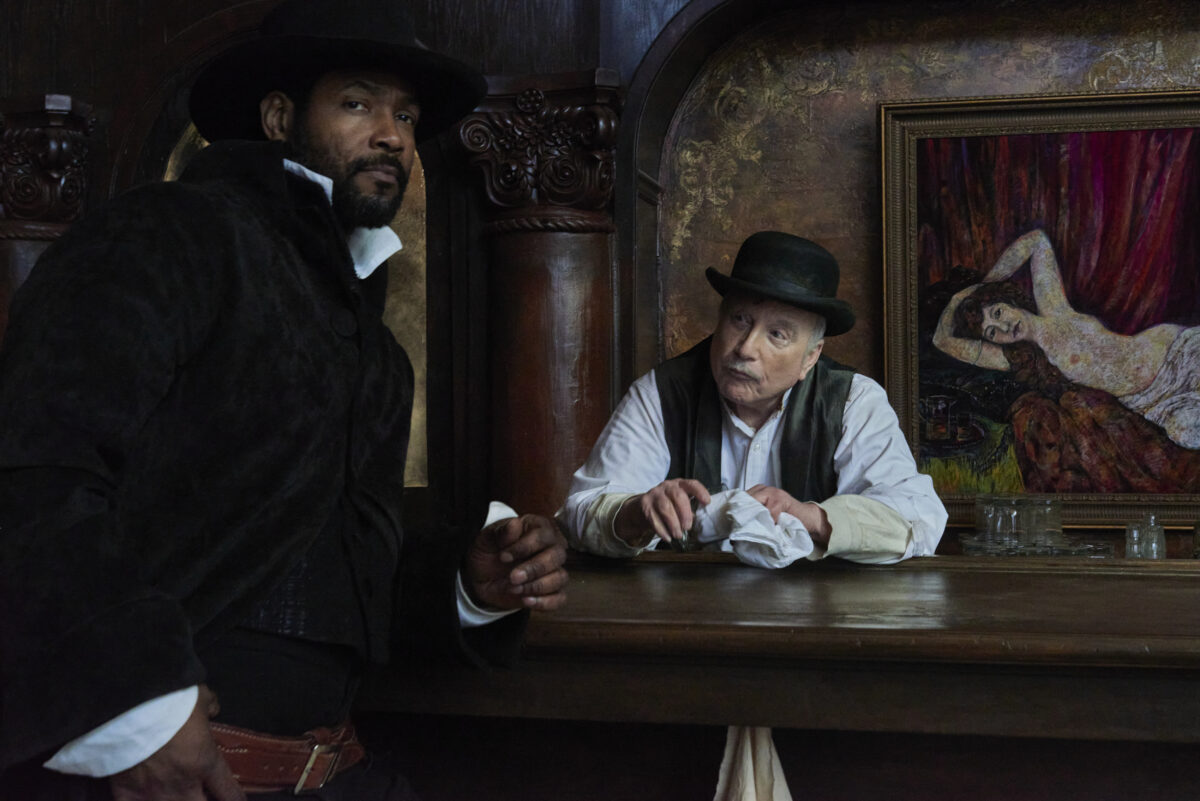 Isaiah Mustafa as Cicero and Richard Dreyfuss as Edgar in "Murder at Yellowstone City." Photo courtesy of RLJE Films.

Where to begin on what went wrong? It’s really not that complicated. 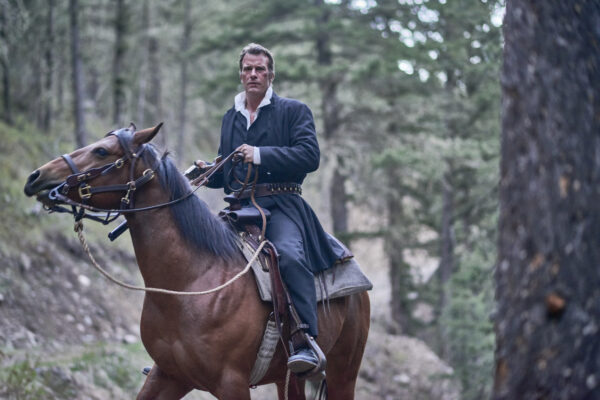 Writer Eric Belgau started with a tried and true concept. In 1881, the old west town of Yellowstone City is no longer booming when suddenly things begin to look up. A down-on-his-luck prospector sells his last worthwhile possession, a gold watch, to buy some dynamite to blow a hole in an old mine. He just has that itchy feeling that there’s still something in there. And he’s right. He hits the mother lode and instantly his fortunes change. At the same time, a stranger rides into town seeking, well we’re not sure what he’s seeking. His name is Cicero, he quotes Shakespeare and he’s a former slave with the scars to prove it. As so often happens in stories like these, the prospector is ambushed and killed and suspicion falls immediately on the stranger. Not bad. It’s a tale that has been told hundreds of times and will be told again countless other times. And all of the past and future versions were or will be better than this.

Director Richard Gray took every story element and character and made sure that each individual, from the whore with a heart of gold, the grizzled and single-minded sheriff, the prospector, the minister with a secret, the minister’s beautiful and beatific blond wife, lacked depth. Character development was entirely absent and performance was rote, stereotypic, and/or lacking identifiable human emotion, including the scowls, shouting, and trite dialogue that ran to “He did it.” “He couldn’t have done it. He has a nice face.” “I know he was married, but I loved him.”

Gray and Belgau share the blame equally in giving us air balls. Some of what could have been interesting character details come out of thin air like the minister having been a gunslinger in a previous life, or, and this was a hilarious moment, when the bartender is revealed as gay. Really? That’s the kind of non-plot point that they threw in because…

Of course the “dark” stranger didn’t do it. Of course the sheriff ignores all the evidence that shows he’s innocent. Of course the minister and his wife (and the “dark” stranger) save the day. I could go on and on but won’t to spare you more of the gorey details other than to say that the body count is truly astonishing. Certainly the film counts as a “shoot ‘em up,” but after the various showdowns, there won’t be anyone left in the town with the exception of the women serving at the bordello, all of whom pine for a husband. And that ain’t happening because almost everyone of marriageable age will have been shot (other than the prerequisite gay couple). And here I thought that “The Harder They Fall” had set the record for gratuitous shootings. 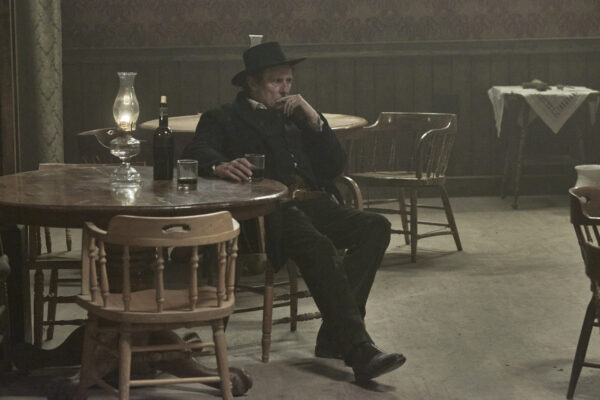 Gray was able to assemble a theoretically good cast of actors, most of whom are known for their stellar work. Leading the pack is Gabriel Byrne playing the sheriff whose primary characteristic is a scowl and a vocal range that is either too soft to hear or unearned anger. Thomas Jane, who has done good work in the past (“Hung,” “Boogie Nights”), sleep walks through his part until he suddenly comes alive when he has a gun in his hand. He goes from A to Z with nothing in between. Anna Camp as the minister’s wife is truly one dimensional. Richard Dreyfuss (yes, that Richard Dreyfuss, the Oscar winner for “The Goodbye Girl” and star of “Jaws”) is the unexpectedly gay bartender. There’s nothing inherently wrong with his performance (unlike the others) except that the reveal of his sexual orientation isn’t a viable plot point and comes out of nowhere. I’ve never been a big fan of the Method School of Acting but there is something to be said about motivation and development. Where’s Lee Strasberg when you need him?

The only actor who comes out unscathed in all of this is Isaiah Mustafa who plays Cicero the former slave. And what was the secret? He had very little dialogue and a great look.

To put it bluntly (as though all the preceding wasn’t), “Murder at Yellowstone City” was excruciating.  “Have Gun Will Travel” could have told this story in 26 minutes and told it believably.

Opening June 24 On Demand, Digital, and at the Laemmle Noho.