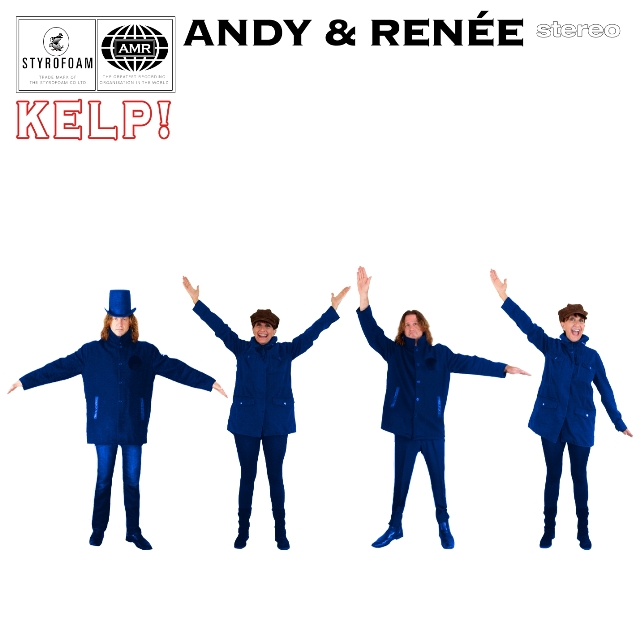 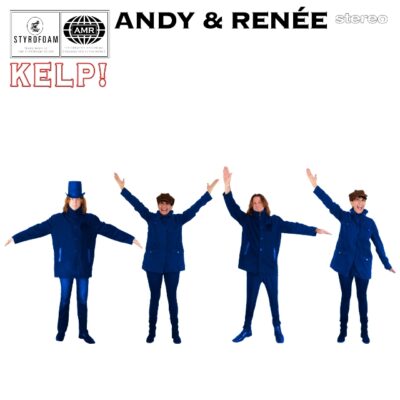 Andy Hill and Renée Safier have made a name for themselves as masters of the Bob Dylan cover. The are the founding pair of Dylanfest in El Segundo, a full day of 50 or more musicians playing the beloved folk singer’s catalog. Those who know Dylan’s music well know that the artist can be as funny as he is prolific; for every “Blowin’ in the Wind” there is a “Talking Bear Mountain Picnic Massacre Blues.”

Andy and Renée, as they label themselves musically, share Dylan’s mix of gravity and levity. The two are very serious musicians with an impressive body of original work and a band, Hard Rain, that includes Marty Rifkin, who has played with Bruce Springsteen and Elton John. But they have a silly side, too, and it is on full display on their newest album, “Kelp!”

The album name and cover art parodies the Beatles’ iconic “Help!” with Hill and Safier in the roles of John, Paul, George and Ringo positioned in flag semaphore. The title track opens the album and it begins with a rocking minute and 20 seconds of nothing but electric guitar before drums kick in creating a sound reminiscent of George Thorogood. When Hill’s raspy rock voice enters the song, the opening lines are about as unexpected as any could be: She’s teasing her hair at the mirror/ She winks at herself once or twice/ Her reflection gets so much attention/ I’m a trout at the market on ice, followed by the chorus

I’m nothing but a big piece of kelp on the beach.

In the album’s description on Andy and Renée’s website, the duo explains that this collection of songs have been fan favorites over the years at live performances but “we have had a difficult time finding the courage (some would say ‘had better judgement than’) to include them on collections in the past. We thought it best to make you suffer through them all at once.” Thus the nine-song joke album “Kelp!”

“A Habit That’s Goin’ Around” is a jazzy, finger-snappin’ piano tune with Safier’s sultry, smoky voice lamenting the puns of a comedian. In an affected Southern twang, Safier delivers a hilarious tale of a bar musician’s frustration at requests for Leonard Skynyrd songs in “Free Bird.” So finally Andy yells out in his Canadian drawl/ Now I know what you want but it’ll cost y’all…So they filled up that jar and our beer mugs, too/ And that tension kind of puckered like a bubblin’ stew.

“Kelp!” delivers nine original songs as expert in sound as they are ridiculous in conception. Musicians this talented that don’t take themselves too seriously are a refreshing find. As the liner notes reveal, some of the songs “were written under the influence of Gentleman Jack, and you may find that they sound better that way as well.” Sober or otherwise, “Kelp!” is a pleasure of a listen, and not just a guilty one.

Andy and Renée perform with Hard Rain Thursday (tonight) at their CD release party at Live at the Lounge in the Comedy and Magic Club in Hermosa. Doors open at 7 p.m. and the show begins at 8 p.m. Tickets, $20 at comedyandmagicclub.com.