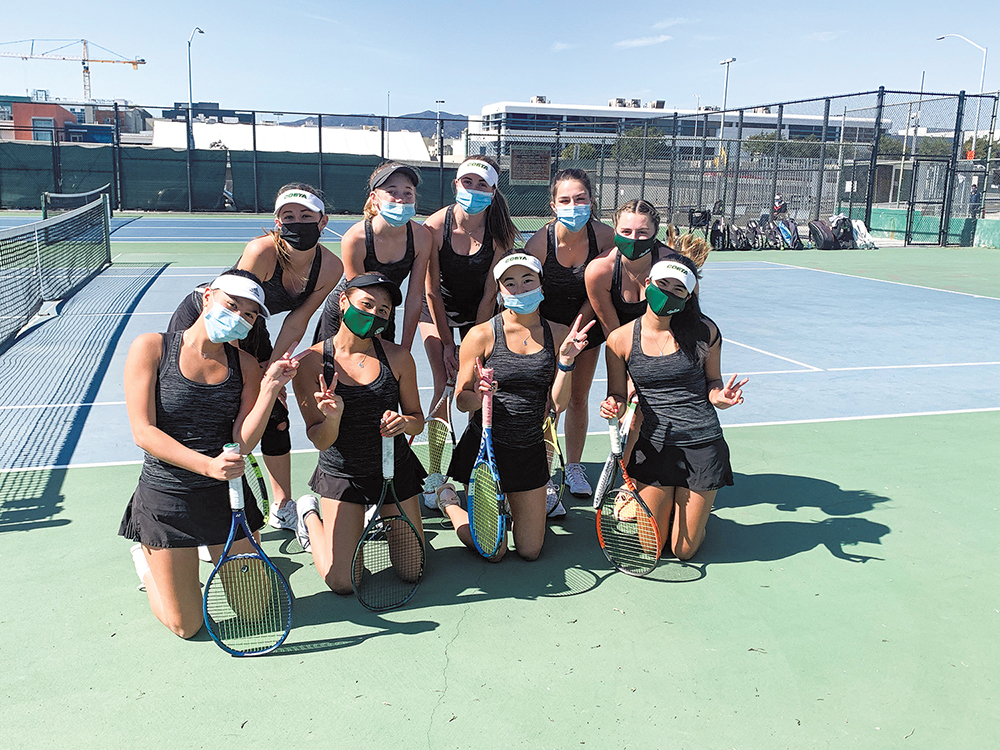 “Costa is the gold standard in high school tennis. But your girls are nice, too,” a gracious Santa Monica High coach Joyce Stickney told Costa coach Allen Yap, after Costa demolished her team, 17 — 1, in a match at SAMOHI last Tuesday. SAMOHI is in a rebuilding stage and this is Stickney’s first year coaching, Yap noted.

Costa girls also won their match the previous day against Marlborough, at home. But by a less convincing score of 10-8. After the first round, Costa was down 2 – 4. (Each round has three singles and three doubles matches). But Costa evened the score with a 4 – 2 second round. In the third and final round Costa secured the win with another 4 – 2 score. 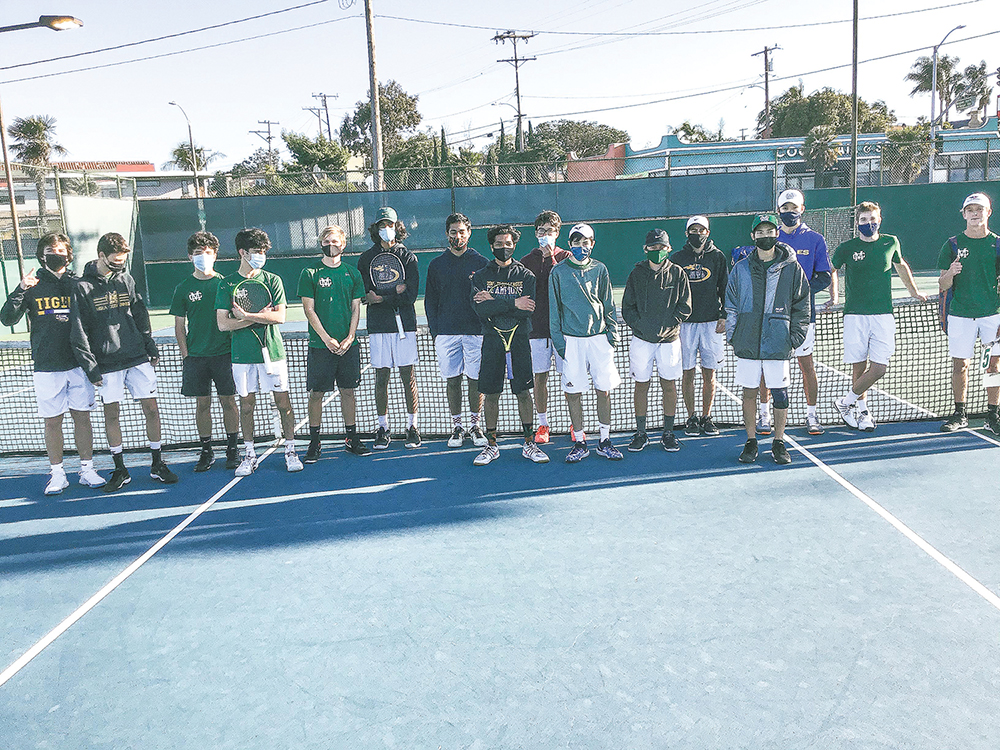 Kelly Giese and Will Lokier both swept their three singles matches against Loyola and Noah Daniels went two for three. The doubles teams each took one set against Loyola.

Against Santa Monica, all of the varsity team played in either singles or doubles. Playing singles were: Kelly Giese, Will Lokier, Noah Daniels, Nick Beaupre, Cullen Sullivan and Jake Burns.