“New Deal for Artists” – A good one at that [MOVIE REVIEW] 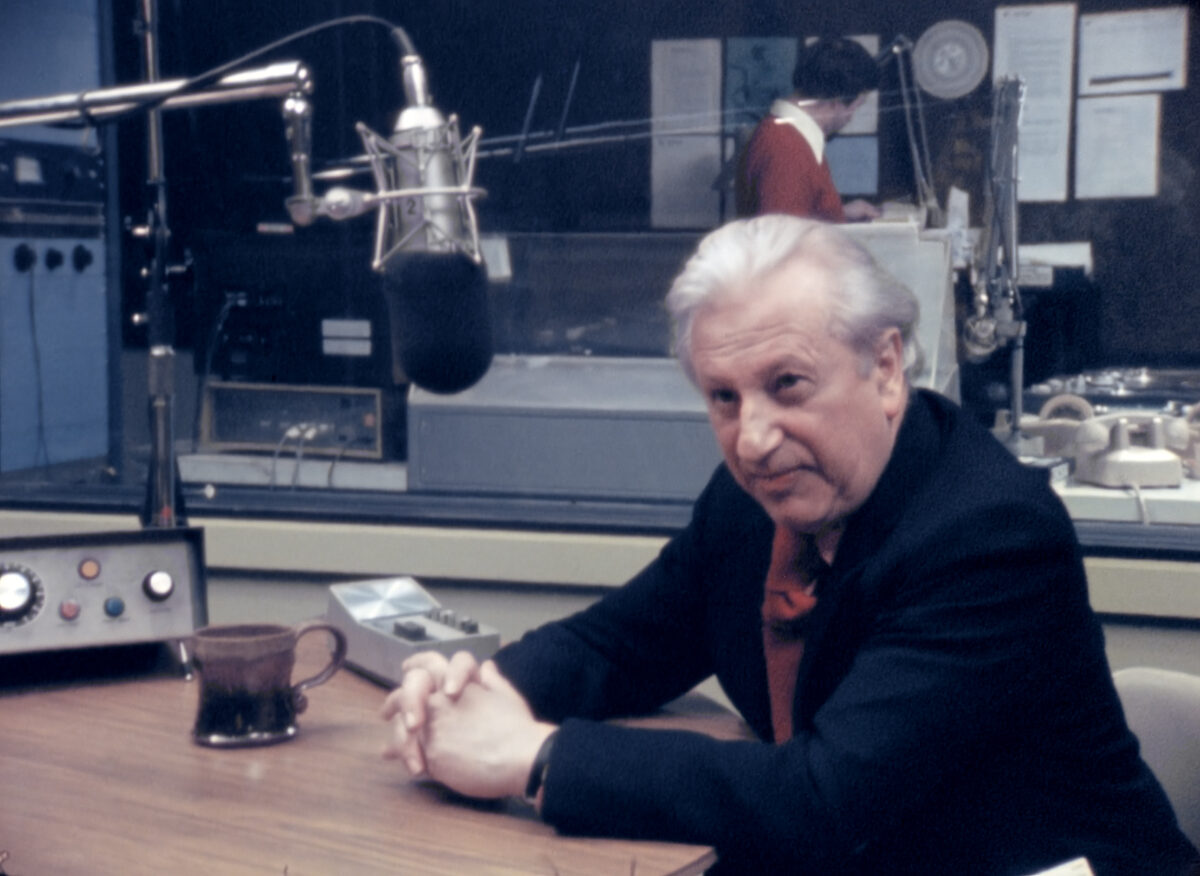 On the 40th anniversary of its original broadcast on German television and PBS, “New Deal for Artists,” written and directed by Wieland Schulz-Keil. is being rereleased in a new digitally remastered version. Studs Terkel himself, in classic finger-wagging mode, opens this Orson Welles-narrated film exhorting the viewer to absorb the information presented. You will be blown away by the sights, sounds, and information. Education was never this fun.

With the stock market crash in October 1929 and the perfect storm of massive unemployment, the catastrophe known as the dust bowl, and the resultant upheaval of the agricultural infrastructure, prosperity was definitely not around the corner. Herbert Hoover, the man without the common touch lost to Franklin D. Roosevelt in a landslide. Ironically it was Roosevelt, born with a silver spoon in his mouth, who devised a plan to help Americans hit hardest with a program called the Works Projects Administration (WPA). As part of what he called his New Deal, the WPA was designed to get the unemployed working. His theory, backed by his economic advisors, was that people would prefer to work rather than subsist on government handouts. Thus was born the public works projects to improve the infrastructure of the country. These projects included building new schools, hospitals, bridges, and roads. The goal was to reduce unemployment in all sectors of the economy.

Rexford Tugwell, an economist who was part of Roosevelt’s brain trust, helped devise programs to try to rescue farmers and laborers. He also felt that there needed to be a testament of what was happening in the rural areas and sent photographers to document the conditions. This was a veritable life line for the photographers he hired. Most were unknown at the time but their photos would become part of American history. Among them were unknowns Dorothea Lange, Ben Shahn (before his fame as a graphic artist) and Arthur Rothstein, who later became the lead photographer for Look magazine.

Realizing that artists were among the most severely hit by unemployment and poverty, an outgrowth of the WPA called Federal Project Number One was started to support and employ artists, musicians, actors, and writers.

Guidebooks to every state were created by writers employed by the WPA. Among those hired by the WPA were Richard Wright and Nelson Algren. A group of writers was even sent to the South to collect oral histories from the few former slaves who were still living, something that remains an invaluable source even today.

Visual artists supported by Project Number One yield some surprising names: Jackson Pollack, Mark Rothko, and Willem de Kooning. Without this support they may have had to abandon their dreams and we’d have been much poorer for it. 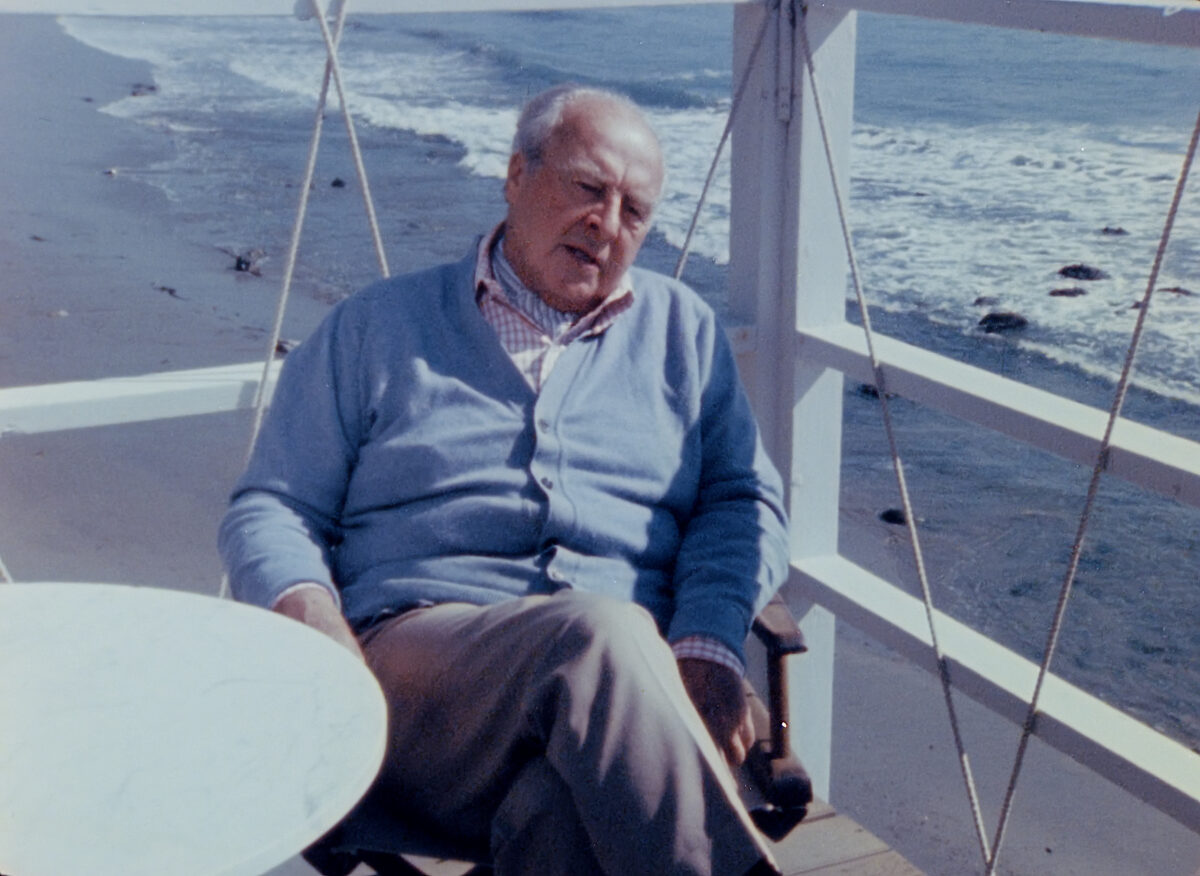 John Houseman talking about the theater program of the WPA from his Malibu deck in “New Deal for Artists.” Photo courtesy of Corinth Films.

And then there was theater, one of the most balanced programs started under Project One. Although still a land of very unequal opportunity, the Federal Theatre Project was headed by a woman and included an African American theatre under its umbrella. Plays were written and put on stage. John Houseman produced a number of them and hired a 19 year old Orson Welles to direct. This program was particularly revolutionary in its effort to avoid some of the vestiges of prejudice by producing one of the first color-blind casts on stage. A highlight of this film is the participation of Houseman who speaks of what the theatre project was trying to accomplish.

But the more things change, the more they remain the same. Republicans, smarting from their political losses, trained their sights on these programs decrying the Communist leanings in the writing, art, and especially theater programs. Congressman Martin Dies Jr. from Texas made hay with anything that looked pink and he found plenty. To be honest, the left-leaning artists, of which there were more rather than less, did themselves and the program no favors. From his investigations into Federal Project One sprang the House Un-American Activities Committee and the pressure was great enough that the Roosevelt administration had to abandon much of the WPA, primarily the arts programs, in order to salvage other projects. 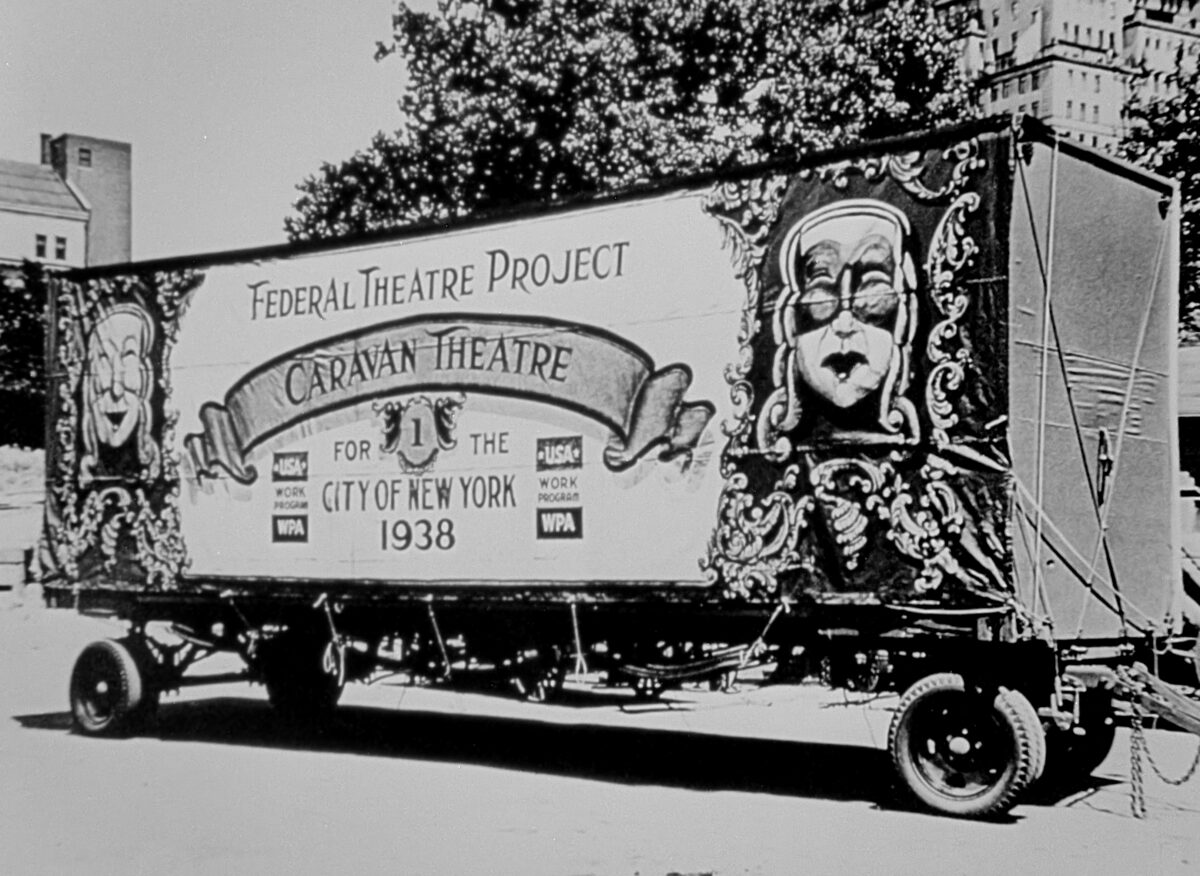 A touring Caravan Theatre from the Federal Theatre Project in “New Deal for Artists.” Photo courtesy of Corinth Films.

“A New Deal for Artists” is an important history that must not be lost. It is, in its own way, a tribute to Tugwell, alive at the time this film was made, who recognized the need to document life at the time and the efforts to make it better. Thanks to him we can experience these revolutionary programs that set up music and theatre projects that supported African American musicians and actors, alongside everyone else. Recognizing the benefit of the arts in everyone’s lives, troupes were sent out in mobile theater caravans across the country performing Shakespeare as well as puppet shows for children. Norman Lloyd, recently deceased, was one of those actors.

I thought I knew a lot about the WPA and the artists it supported. I was aware of the mural program for artists. Some of those murals can still be seen today in post offices throughout the country. But “A New Deal for Artists” had me from the get-go when it opened on Studs Terkel, a personal hero, discussing the importance of keeping this history alive. Terkel, an oral historian, was a stalwart at WFMT, an arts-oriented radio station in Chicago, and got his start in the aforementioned writers’ project. At our house, when his radio program came on the air all else came to a stop. It was on his show that I learned to love folk music and jazz. It was through his books Division Street and Working that my views on social justice were shaped. As far as I’m concerned, any film that starts with Studs and ends with Studs is aces.

Opening May 21 via Virtual Cinema.