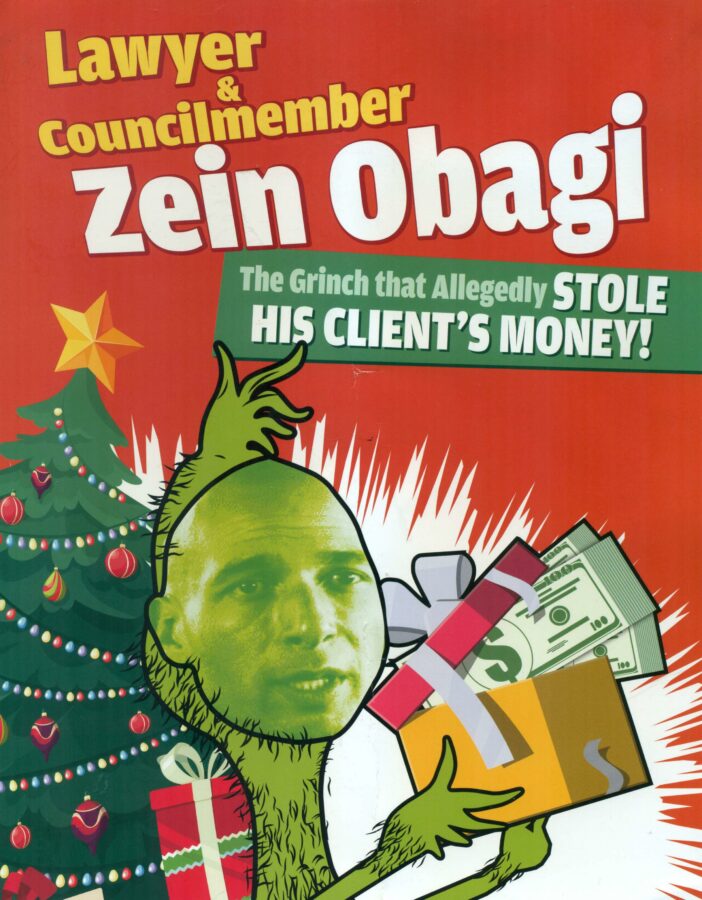 The men behind the successful retail cannabis signature-gathering initiative fired another salvo in the city on Christmas Eve, with the delivery of 7,000 mailers to North Redondo residents.

The subject was city councilman Zein Obagi, Jr. , whose District 4 is in North Redondo Beach

The mailer is headlined “Lawyer and councilmember Zein Obagi. The Grinch that allegedly stole his client’s money.” Beneath the headline is an illustration depicting the councilman’s face.

The mailer included other headlines from Spectrum News 1 and Easy Reader about allegations of Obagi being investigated by the State Bar last July.

“We’re just letting the citizens know of the hypocrisy that exists in the political class,” said Elliott Lewis, co-founder of the Economic Development Reform Coalition of Southern California (EDRCSC), which paid for the mailing. The EDRCSC is funded by Lewis’ Catalyst Cannabis Co. and Barry Walker’s Dub Brothers Management, another cannabis operation. Lewis and Walker are backers of the Redondo cannabis initiative.

During a Nov. 2 city council meeting, Obagi questioned EDRSCS co-founder and attorney Damian A. Martin, suggesting he and Lewis planned to sue the city to get a permit for a marijuana store.

Martin acknowledged they had done that in another town.

“(Obagi) cross-examined our presenter, he ironically wanted an investigation against our signature-gatherers,” Lewis said.

Calls to the city councilman for comment on the mailer have not been returned.

Lewis and Obagi previously crossed paths in 2019 when Obagi sued EEL Holdings on behalf of client Michelle Daskalos, who leased a 43,000 square foot building in Long Beach from EEL, owned by Lewis, for a permitted marijuana grow operation. After rent was not paid, Lewis sued. Then Daskalos sued EEL for funds spent on architectural plans.

The matter was settled out of court in 2020. 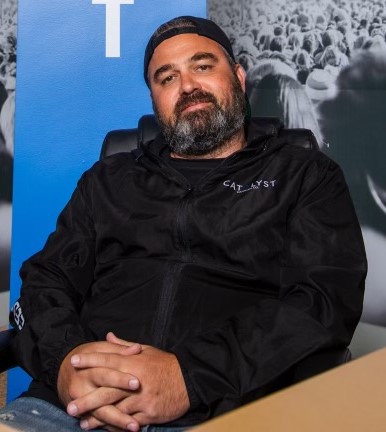 Obagi Law Group, based in Los Angeles,  promotes its services to potential clients on “either side of cannabis litigation.”

“I’ve offered to debate him in public, because he’s spreading lies that the city will get sued if they adopt the initiative,” Lewis said.

The Christmas mailing and debate challenge are the latest moves from Lewis, who hopes his company receives a permit for one of the three marijuana retail stores that would be allowed in Redondo Beach if his initiative is approved by voters.

Catalyst funded half of the $174,000 Redondo signature-gathering contract, with the other half coming from Dub Brothers.

“It looks like a bad gamble. At this point, I’m pretty confident I’m not getting a license in Redondo Beach,” Lewis said. “I’ve talked too much sh—.”

The Redondo Beach city council appointed a Cannabis Steering Committee three years ago and accepted its recommendations in October.

“You have to keep in mind there’s a bigger game going on in California,” Lewis said. “70 percent of cities haven’t opened up yet (to retail cannabis).”

His challenge to Obagi for a debate stands, and for other city councilmembers as well.

Council members have said they oppose the marijuana initiative, in part, because it does not allow a city tax on cannabis products that are highly sold online like delta 8 carts .

“We would support the same initiative with a four percent tax,” Lewis said.

“In the absence of a stipulation reflecting a settlement, the case will proceed to trial on the Notice of Disciplinary Charges,” the spokesperson said.

The Bar filed seven counts of misconduct against Obagi in July, following a $710,000 Los Angeles Superior Court judgment against him in favor of a former client, a partner in a marijuana dispensary. Obagi has denied any wrongdoing. ER