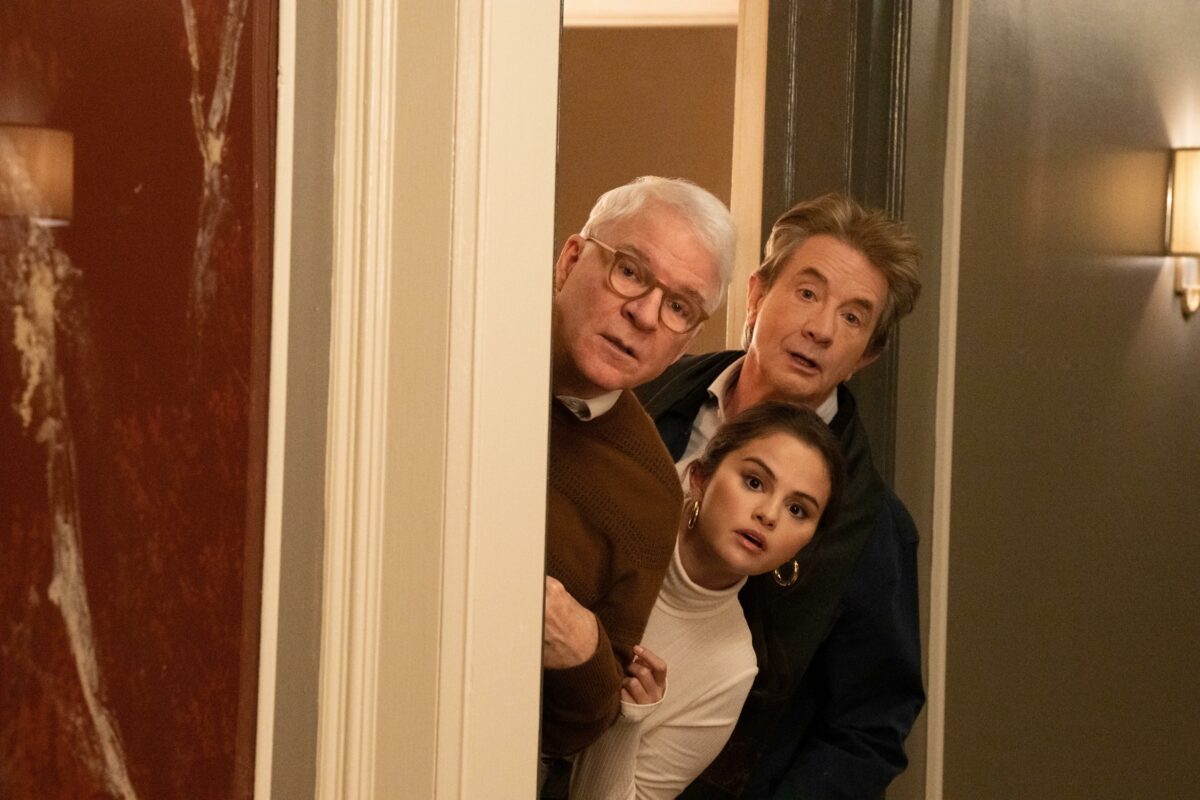 Season Two of Hulu’s original series, “Only Murders in the Building,” takes off where Season One ended with our hapless trio accused of a new murder. It wasn’t enough for Charles, the former actor, Oliver, the failed director, and Mabel, their much younger companion in crime to clear their names in the murder of Tim Kono and find an audience with their semi-successful “murder” podcast, but now they’re immersed in another.

Mabel returning to what is now her own apartment in the Arconia, opens the door to a very vivid crime scene — Bunny Folger, the Arconia Board President, lies stabbed to death on the floor. Mabel and the boys are the primary suspects for various reasons and the police conduct a thorough grilling. Our intrepid trio must solve this murder in order to clear their names. 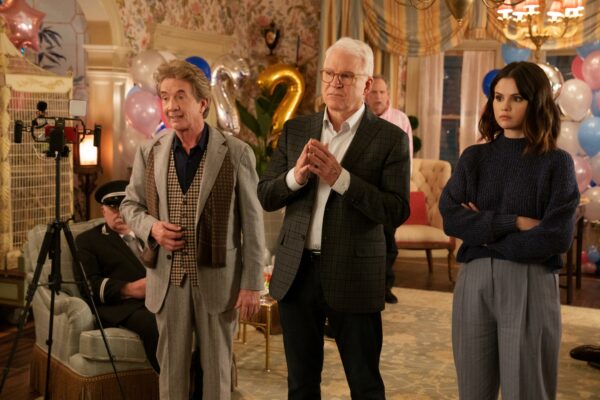 Eight of the initial ten episodes have been released and it is a pleasure to report that the charm is still present. Steve Martin as Charles is still mercifully subdued and given a story arc to chew on. His former television character, Brazos, is being resurrected and he has been offered the role, not the lead but in support. This time around the police procedural centers on his niece and to further marginalize him, the writer has relegated his character to a wheelchair in a “just-in-case” scenario. That “just-in-case” will allow the studio to fire him if he’s convicted of Bunny’s  murder. It’s a not too subtle reminder of how actors of a certain age (usually women but occasionally men) are relegated to the margins when they hit a magic number (and that number can vary).

Oliver gets more time to explore a relationship with his son that is threatened when the results of his grandchild’s school family tree project reveals unsettling information. And Mabel gets a love interest.

The case of Bunny’s demise brings a number of suspects forth and some uncomfortable moments for all. But mostly this is fun: fun for the actors and fun for the viewers.

Adding to the mayhem are some of the guest actors, with Amy Schumer as a new owner in the Arconia, Michael Rapaport as the frustrated cop tasked with interviewing our fearless and not too bright podcasters, the hilarious Jackie Hoffman as a meddling and greedy neighbor trying to steal a valuable painting from Bunny’s apartment, and the redoubtable Jayne Houdyshell as Bunny. The Tony award winning Houdyshell can be seen at the moment in The Music Man on Broadway where, in her Tony nominated role as the self-important Mayor’s wife, she steals everything but the props. She is seen too little on both the big and little screens. And in a real coup de grace, Shirley MacLaine shows up in a surprising role.

So get ready for more smiles.