“Out of Blue” – Not just blue [MOVIE REVIEW] 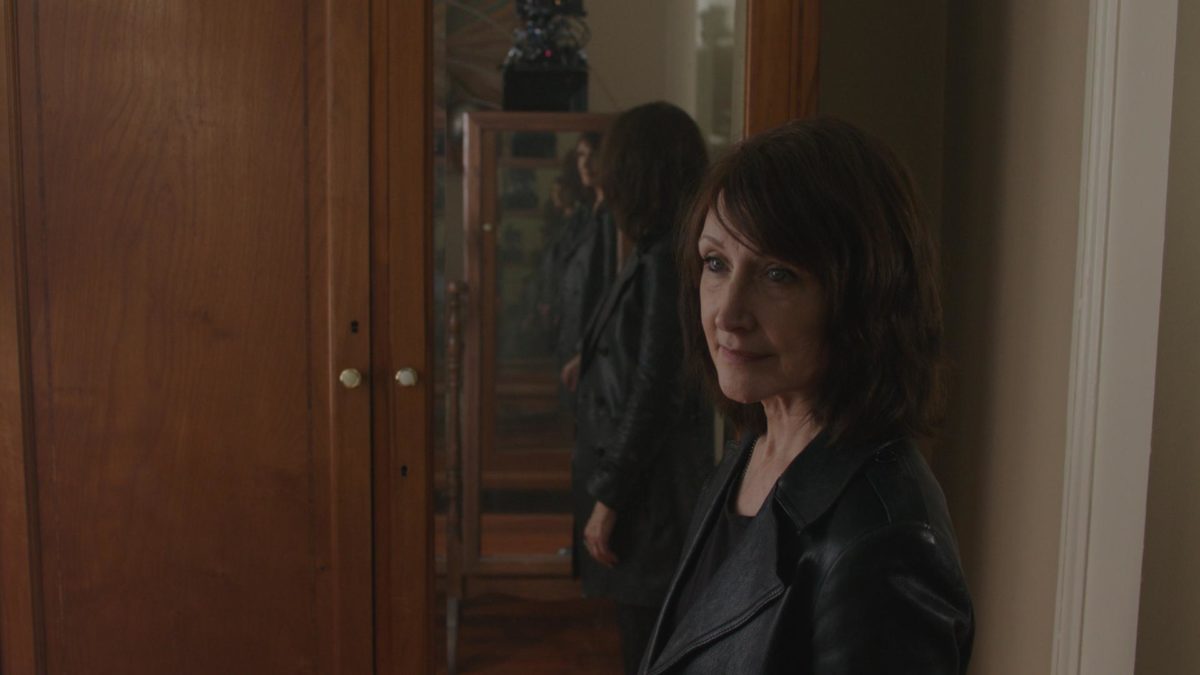 Patricia Clarkson as “Detective Mike Hoolihan” in Carol Morley’s Out of Blue. Courtesy of IFC Films. An IFC Films Release.

“Out of Blue,” the misguided film written and directed by Carol Morely, tells a story of murder, philosophy, and physics, and none of it well.

Based, one can only hope loosely, on the novel Night Train by Martin Amis, “Out of Blue” begins with a lecture on the stars and the nature of the universe as told by beautiful astrophysicist Jennifer Rockwell. When next we meet Rockwell, she is face down in the observatory, blood everywhere from having been shot in the face. Soon on the scene is homicide detective Mike Hoolihan, all woman and all ambiguity. Although her colleague, young Tony Silvero, announces that there are haunting similarities to this death with a string of serial killings many years in the past, Hoolihan and her boss, Lieutenant Janet McBride, dismiss this theory and promptly investigate the two men closest to Jennifer: her African American boyfriend Duncan and her colleague, the twitty Ian Strammi.

Red herrings abound, but Mike is convinced there is a connection to Jennifer’s family, the very powerful Rockwells, led by father Colonel Tom Rockwell, a former prisoner of war and now a leading politician and wealthy business owner. Mrs. Rockwell and twin sons Walt and Bray are part of a dysfunctional whole.

Not one to tell a story clearly, Morely believes she’s tying all of these threads together with philosophical musings on the universe. The color blue is her other theme, tying it to the stars and heavens, as well as the blue for the police, and other blue objects too diffuse and confusing to bring in at this point (or at any point, really).

This film is an unholy mess. Not only does it meander meaninglessly away from the central murder, which isn’t a murder after all, but from zeroing in on the possible serial killer from years gone by. Not philosophical by any means, but at least a murder mystery is always mildly interesting; discussion of Schrodinger’s Cat not so much. 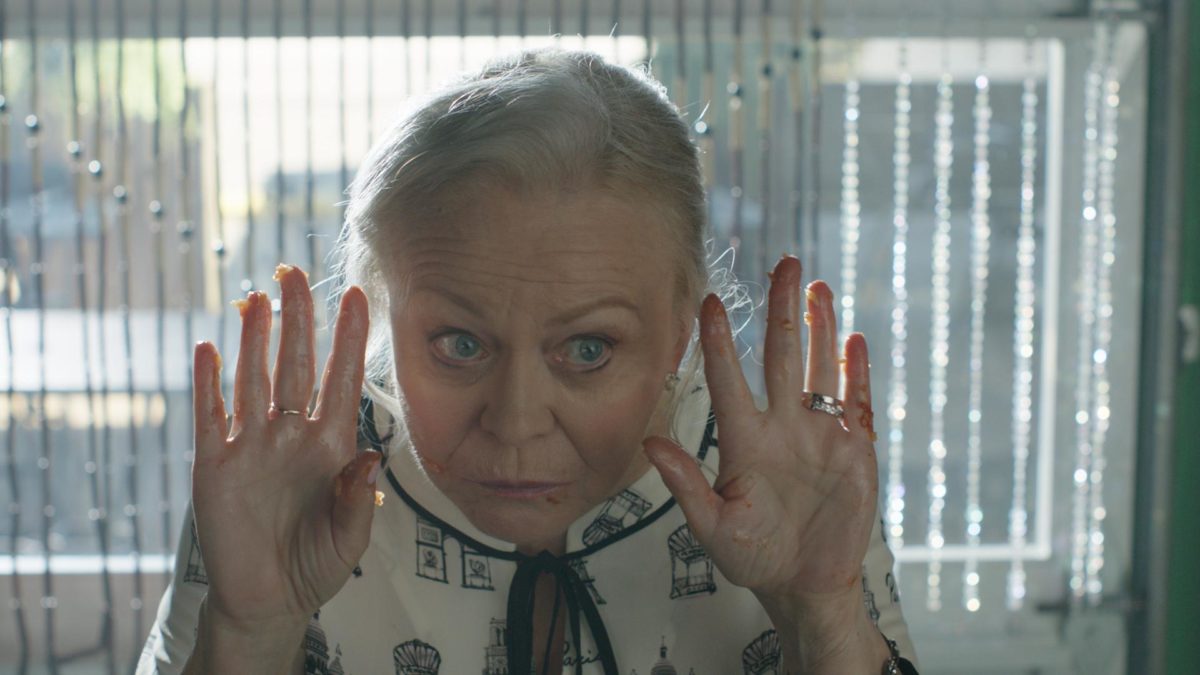 Jacki Weaver as “Miriam Rockwell” in Carol Morley’s Out of Blue. Courtesy of IFC Films. An IFC Films Release.

Morley had a potentially good cast to work with; another possibility wasted. Patricia Clarkson as Detective Hoolihan acts through the film with “meaningful” looks, looks that seem to have been scripted, as when she suddenly turns to the left, sighs, and gazes at what may or may not be a significant article. There are many scripted “meaningful” looks. Aaron Tveit as Detective Silvero is more credible than most, given that he comes up with a plausible scenario that everyone else dismisses. He may have been cast as eye-candy, but unlike the others, he doesn’t act with a capital “A”. James Caan as Colonel Tom Rockwell leaves no distinctive mark on this film, which is a shame because his character was potentially the most complex.

And poor Jacki Weaver, badly miscast, right down to the occasional slip up into her native Australian accent, has her one major moment eating barbecue and getting it all over her face and clothes as she is about to run away. One can presume why she is leaving but there has been no buildup or development to her character, other than as the town’s richest woman it’s unlikely she’d eat like a pig. Best not to mention the usually good Toby Jones in the red herring role of Ian Stammi. Mamie Gummer as the astrophysicist got off easy, she died.

And so, it all comes down to the writer and director, Carol Morley. The script is confusing, character development is non-existent, and what mystery is worth pursuing is clouded over with ill-thought ruminations of badly explained physics. As a director, she was looking in all the wrong places. But most significantly, in a combination of scripted incoherence and acting misdirection, she got little from her actors.

In short, Schrodinger’s cat is dead.

Opening at the Laemmle Monica and on VOD Friday, March 22