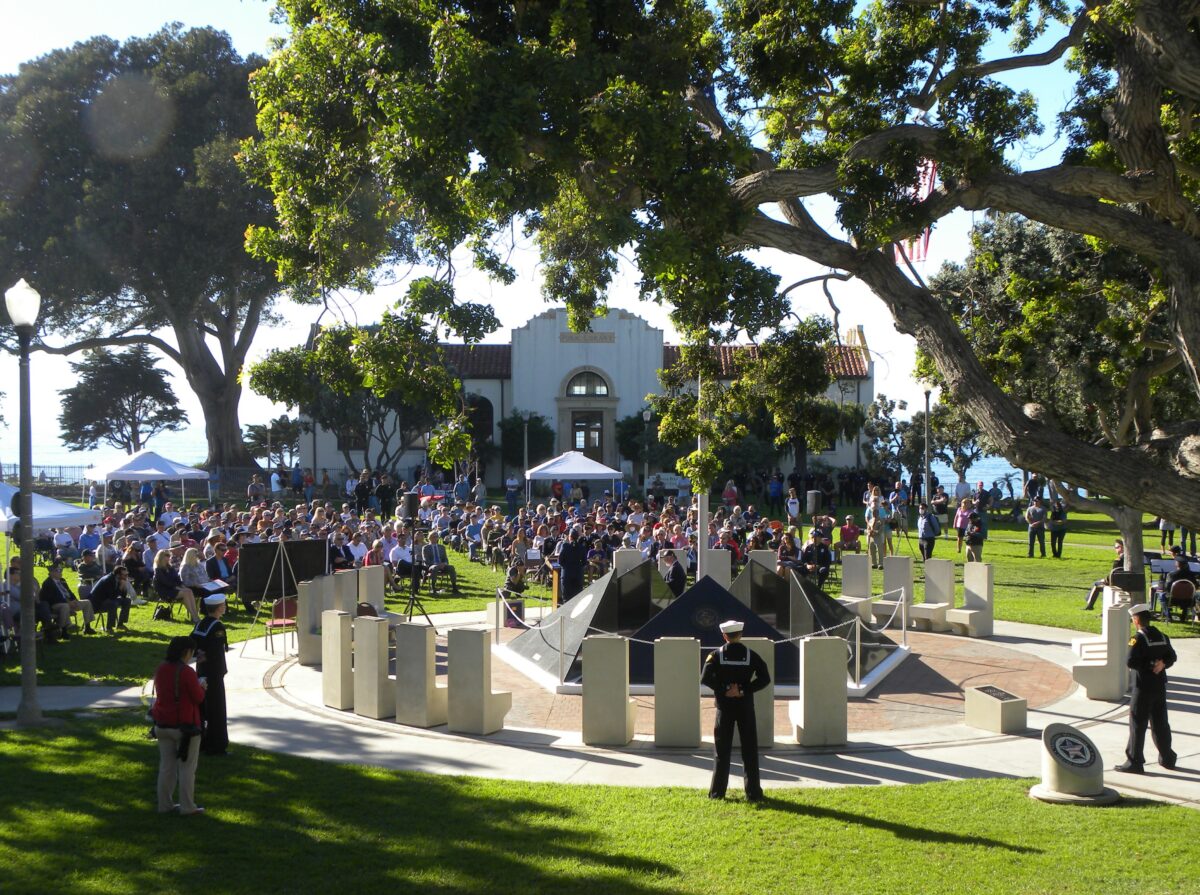 An estimated 550 people gathered for a Veterans’ Day ceremony in Redondo Beach Nov. 11.

The event saluted servicemen and women from all military branches and many eras, including a man who was at Pearl Harbor on Dec. 7, 1941.

A private first-class Army 104th engineer that day, Joe Eskanazi stood up last week at Veterans Park, with a walker, and stepped toward the microphone, a son and daughter to each side.

He was asked if he would like to say a few words.

The microphone was adjusted toward him and he spoke.

“I just wanted to check, anybody else from the 104th Engineers here?” he said with a smile.

State Senator Ben Allen told the gathering, “For those of us who did not step up to serve, we owe veterans especially.”

“We will not allow any veterans in Los Angeles County to sleep on our streets,” she said.

Other speakers included the mayor of Ensenada, Mexico, a sister city to Redondo Beach. 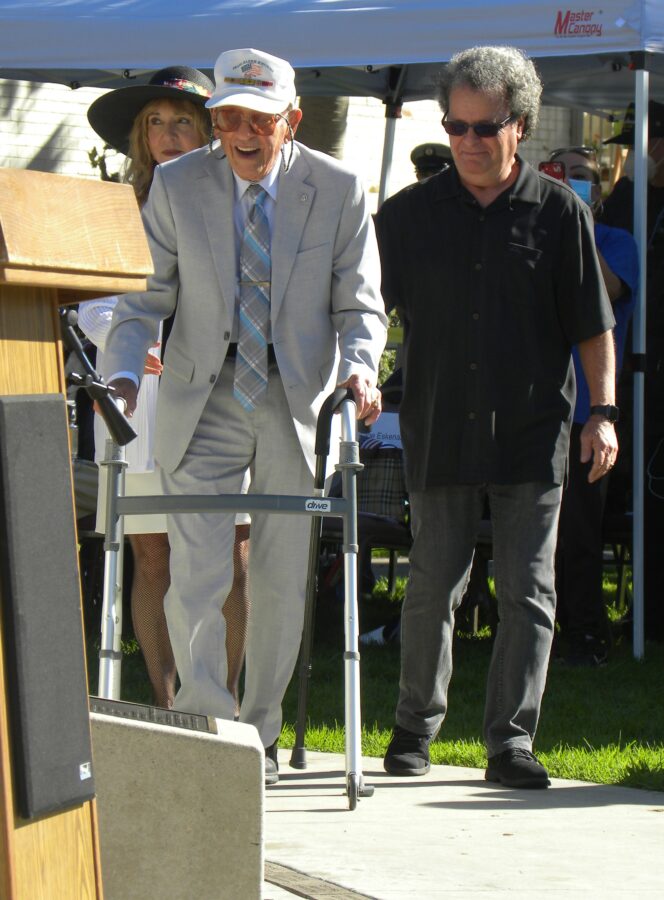 Special honoree Joe Eskanazi, age 103, of Redondo Beach, was an Army Engineer Private First Class at Pearl Harbor when it was attacked in 1941. 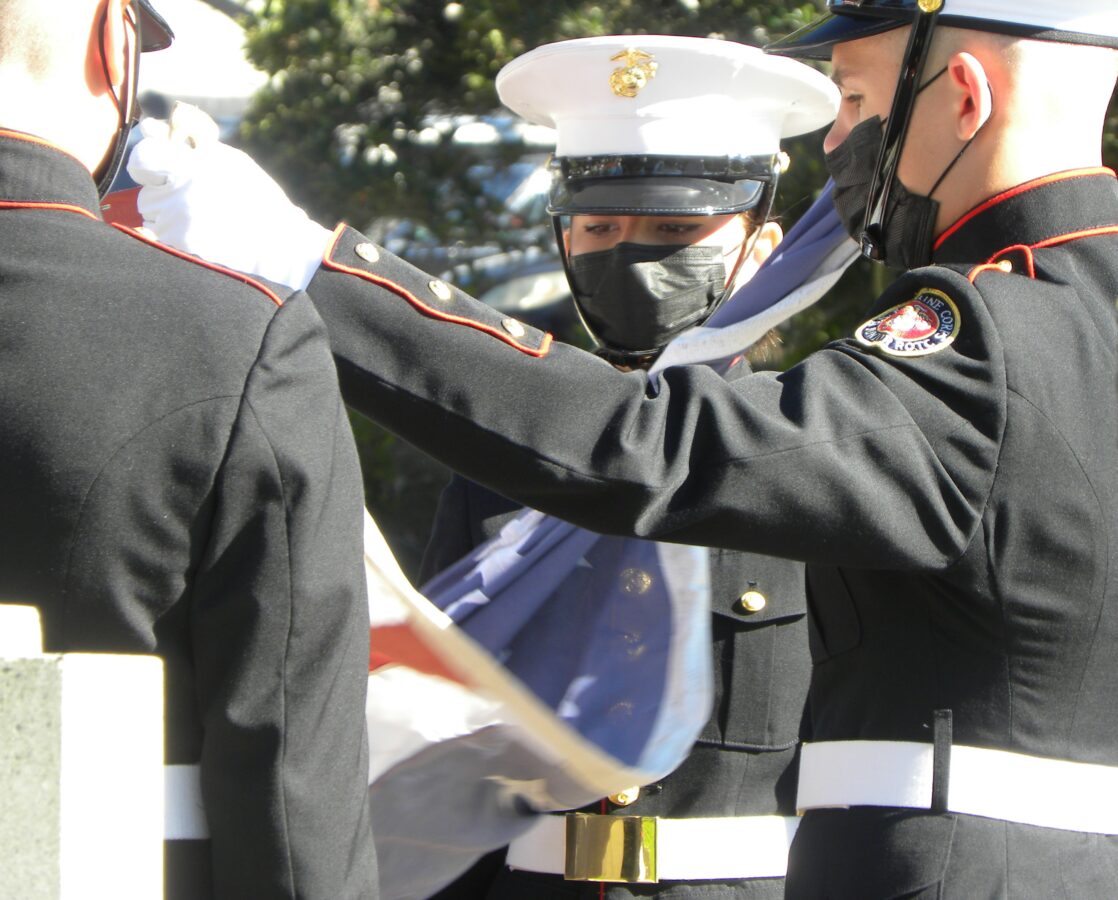 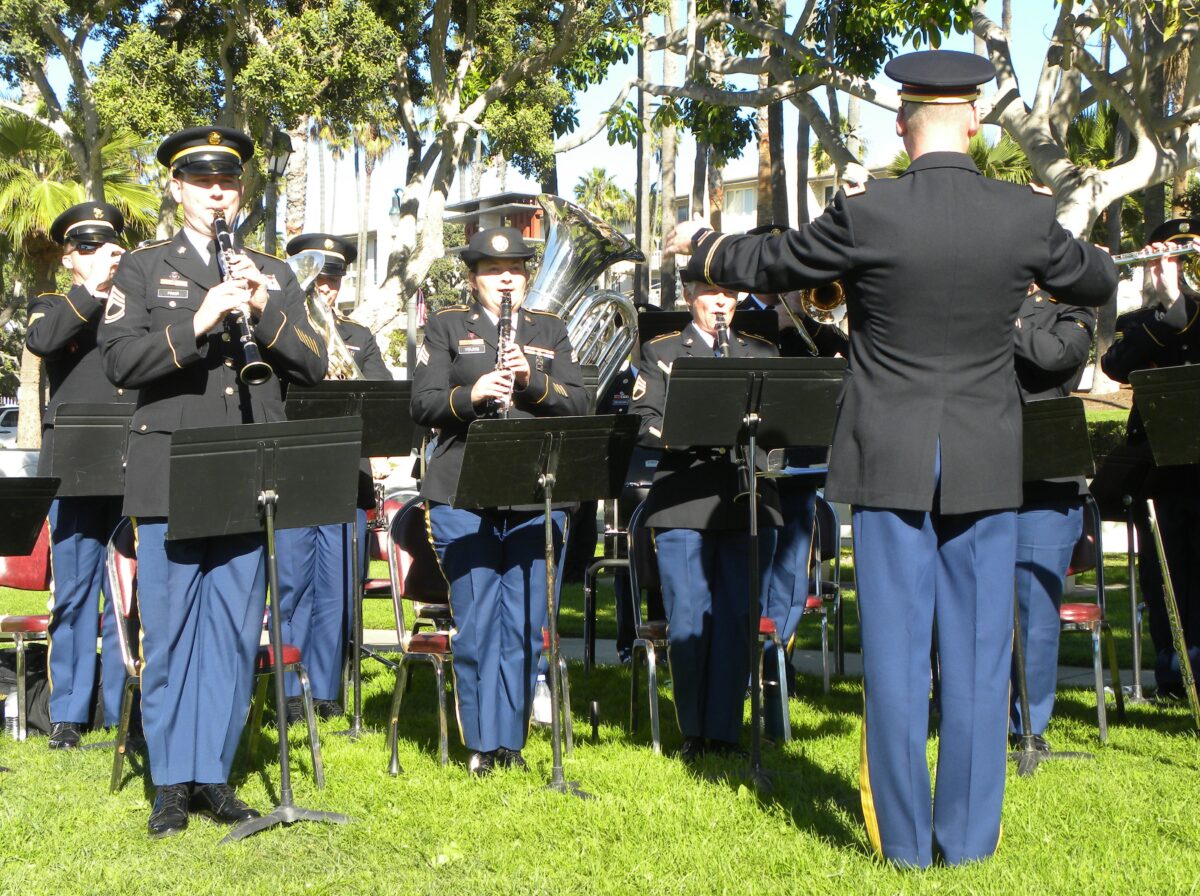 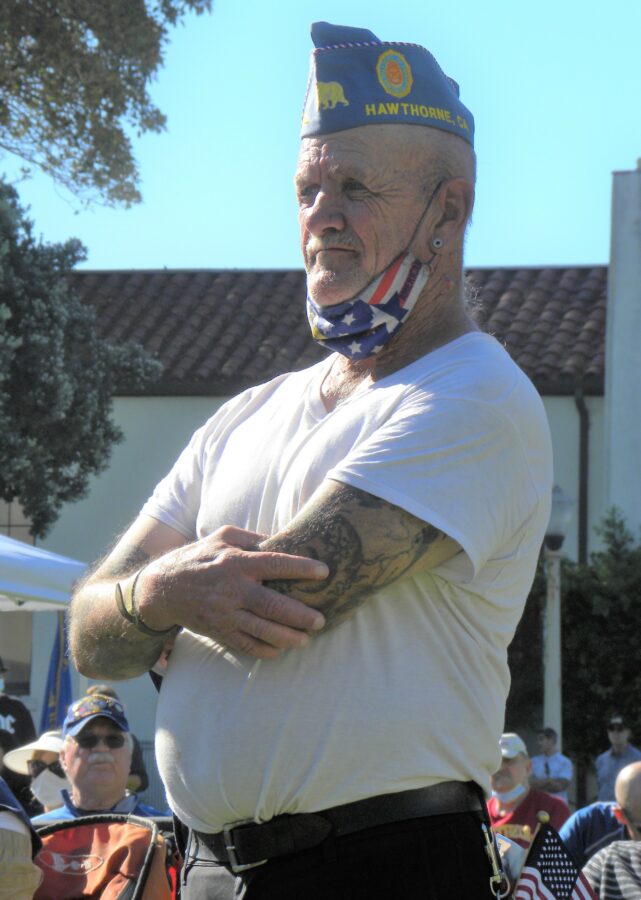 Military veterans across eras and branches attended the tribute, which featured special mention of Merchant Marines. 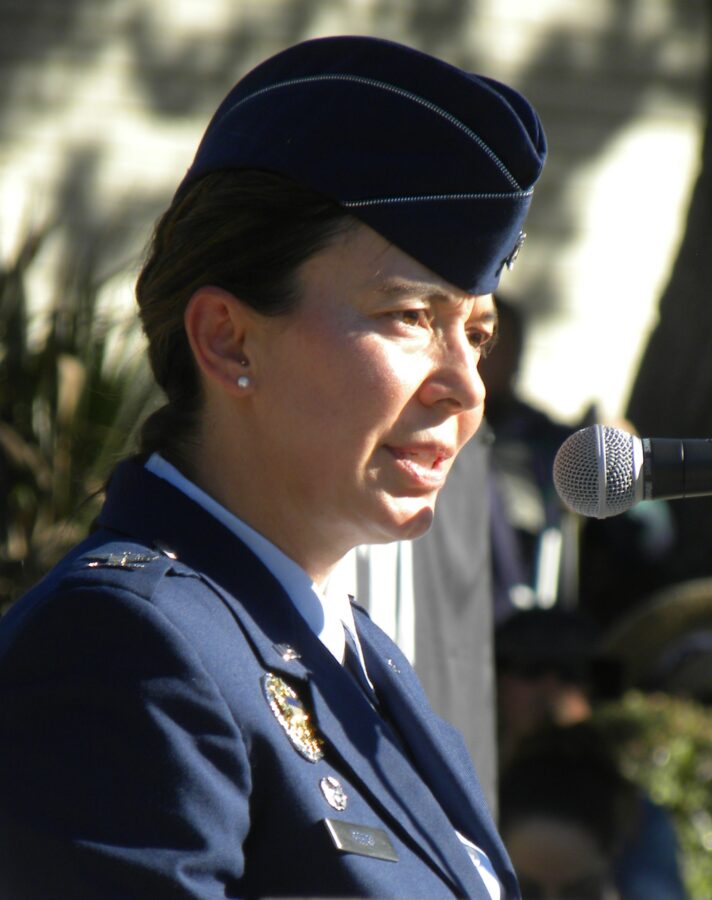 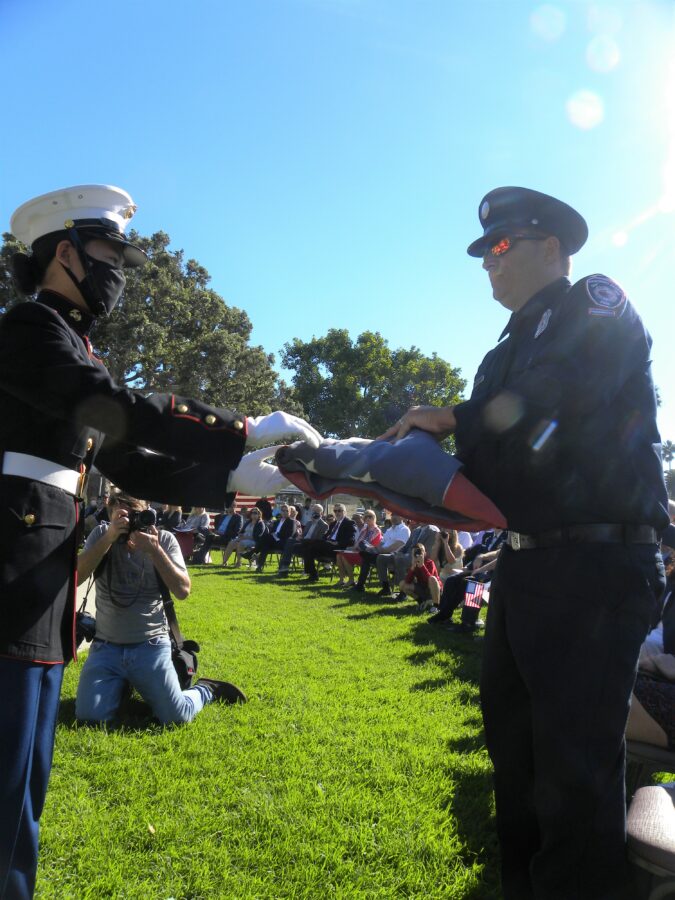 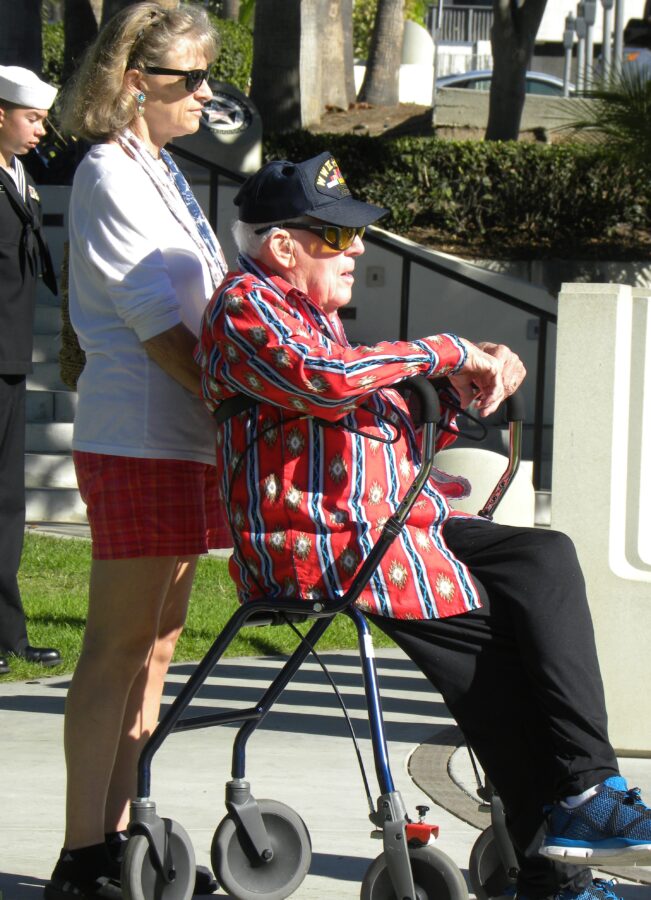 Observers watch the ceremony attended by an estimated 550 people. 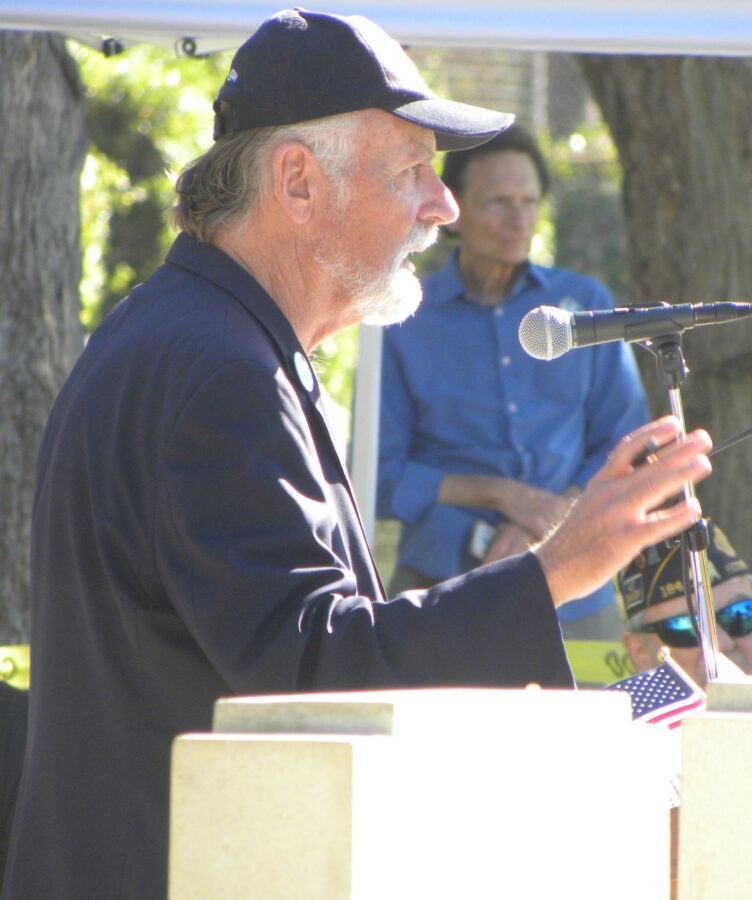 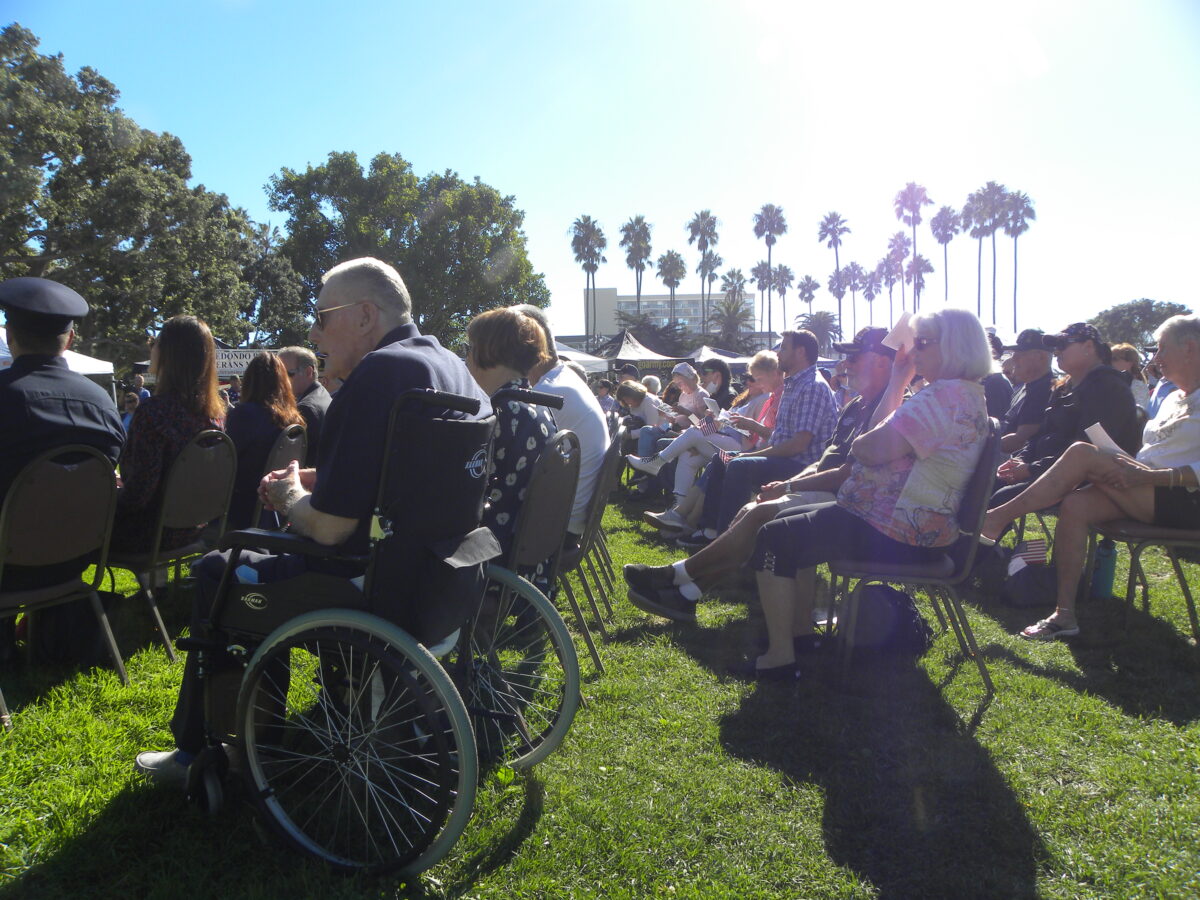 The ceremony returned to Veterans’ Park after cancellation in 2020 due to Covid-19.