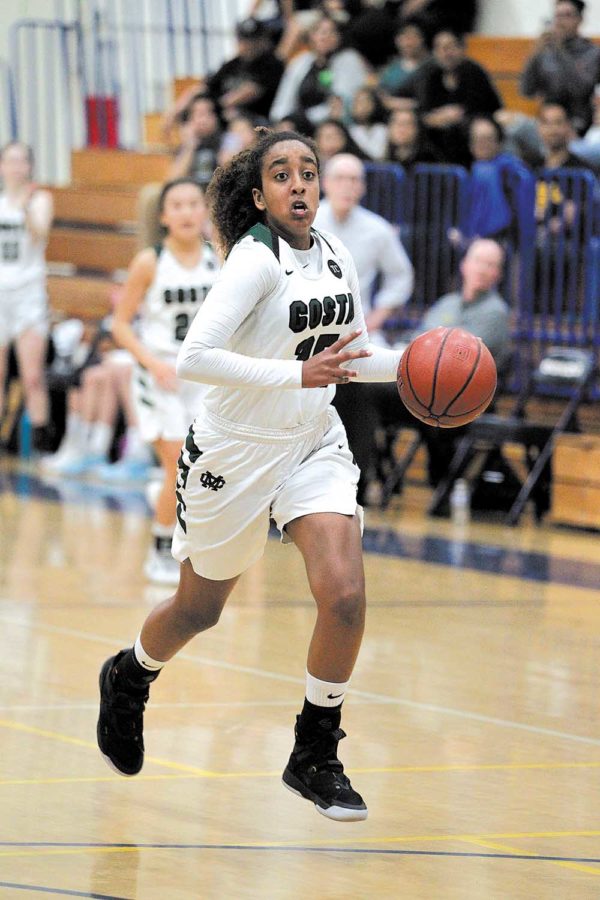 It’s a basketball debate as old as the 3-point shot itself.

If your team is down by 3 points with less than a minute to play, should you shoot a 3 to tie the score and force overtime? If you miss, the game is probably over.

Or should you go for a quick two-pointer and then foul the other team and hope they start missing foul shots while you make yours? Coaches, fans and players have never been able to agree on the right answer for this theoretical argument.

Down 48-45 with less than a minute to go, Lapham chose to have his players read the defense before deciding which option they would choose.

“We called a play that could have given us a 3-pointer for Maile Nakaji or a good look in the post for Hannah Gedion,” Lapham said. “Either way, our hope was to get a quick bucket and then foul them on the inbounds pass because we didn’t have any timeouts left.”

But Crean Lutheran was all over Nakaji, Costa’s sensational freshman guard who had already hit five 3-pointers for a game-high 15 points. No way was she going to get off a quality long-range shot with the game on the line.

“They were guarding the 3-point line very well and targeting Maile. Our philosophy was to get the best shot available, so the ball went into the post,” he said.

Gedion was fouled, but unfortunately, the 5-foot-10 sophomore who has been an inside force all season missed both foul shots. Then Crean Lutheran hit their foul shots in front of a roaring, standing-room-only crowd to pull out a 51-45 win in a game that easily could have gone either way. 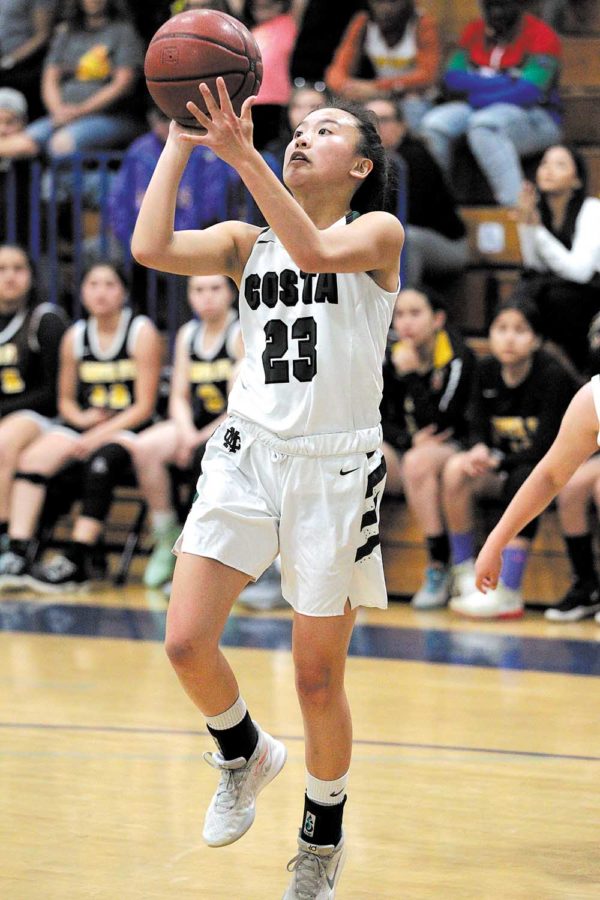 Freshman Maile Nakaj is among the Mustang’s most promising players in recent years.

Indeed, the Lady Mustangs had a 10-point lead early in the third quarter after senior co-captain Ella Erich drilled a 3-pointer and sophomore guard Cara Susilo hit a jumper to double their 5-point halftime lead.

But with Lapham’s prospects of making yet another CIF Finals appearance looking good — he had already made it to 3 finals in his first six years as varsity coach — the game suddenly and unexpectedly turned when Crean Lutheran began raining threes on a Mustang team that slowly watched their seemingly-solid lead melt away.

When it was all over and the large Crean Lutheran contingent that had traveled all the way from Orange County burst onto the gym floor at El Segundo High to embrace their players, there were plenty of tears flowing from the bitterly disappointed Lady Mustangs.

“These kids really, really care about the game,” Lapham said. “They worked so hard all year, exceeded all the pre-season expectations, and gave it everything they had to win their first three playoff games. So, of course, this was a tough loss for them.”

Still, a 22-10 record, third place in the Bay League and a trip to the CIF semi-finals proved that this was yet another special team produced by Lapham and his top assistant Jeff Herdman.

All season long the Mustangs had a balanced inside-outside formula that worked well.

“These kids had phenomenal chemistry,” Lapham said. “The whole exceeded the parts.”

Seniors Kim Weller and Amanda Barba patrolled the paint, fighting hard for every rebound and preventing opponents from getting inside for easy layups.

The two seniors were backed up by a pair of sophomores who each brought a different skill to the mix. Six-footer Winslow Smith is a dead-eye shooter notorious for hitting half-court shots, while the gritty Gedion provided a physical presence whenever Weller or Barba came out of the game.

That inside platoon was complemented by an impressive contingent of guards and wings. It started with the 5-foot-4 floor general Nakaji, the most impressive freshman Lapham has coached since the legendary trio of Allie Navarette, Alexa Underwood and Halle Madea first reported for practice seven years ago. 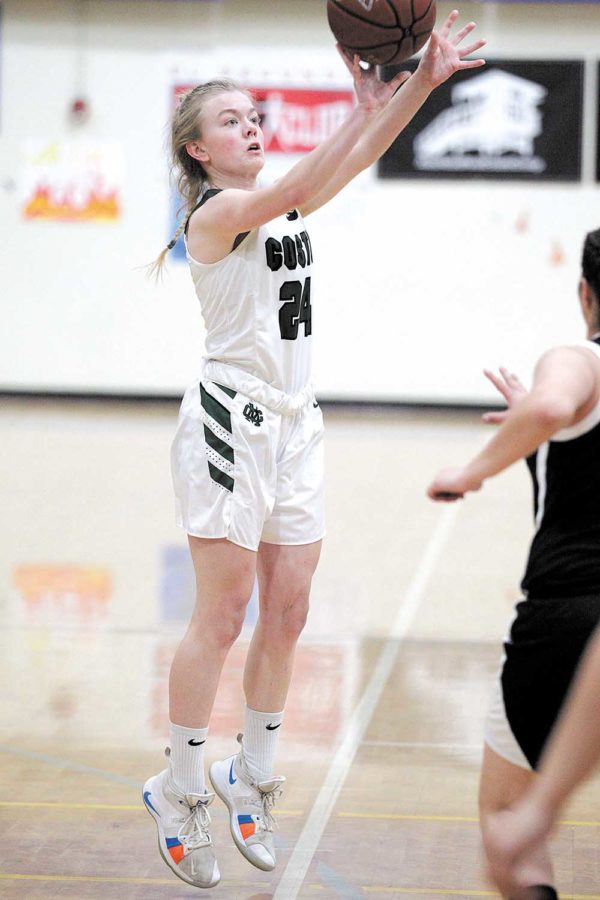 “Maile is one of the best freshmen we’ve ever had,” Lapham said. “She’s quick, she’s smart and she’s skilled.”

Looking ahead to next season, Lapham was optimistic that Smith and Gedion will be able to replace the inside work done by Weller and Barba.

“As Winslow gets stronger, she will be a real force for us,” he said.

And his perimeter corps should be even stronger, with Nakaji, Lo, Toyooka and Susilo all coming back a year older and wiser with their skills more developed.

Before next season, however, there is at least one more game to be played — probably on March 3. By reaching the CIF semi-finals, Costa qualified for the state tournament.

“We’ll find out where, when and who we’re going to play next week,” Lapham said.