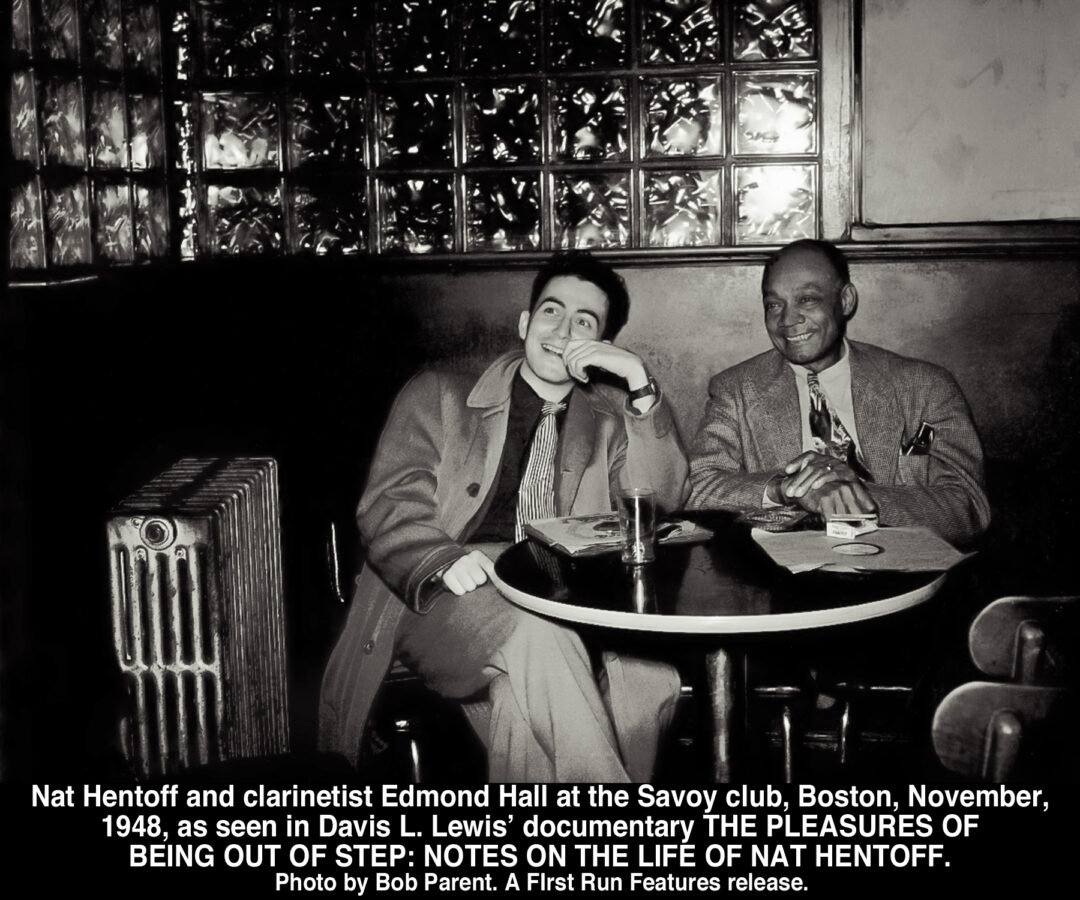 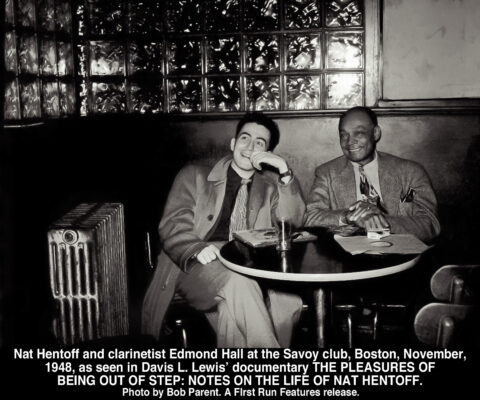 At last! A documentary with marvelous production values as well as a fascinating subject. “The Pleasures of Being Out of Step,” directed and produced by David L. Lewis is a full bore examination of the brilliant and complicated life of Nat Hentoff. Hentoff, more than almost anyone else, was the modern day journalistic champion and voice of jazz. Regarded more as a friend of the medium than a critic, he was, nevertheless, the preeminent jazz critic of his or any other day. Known also for his liner notes in a bygone era when music was packaged on vinyl discs to be played at 33 rpm, clicks and skips included, those liner notes were expansive essays on the history of the art form and that particular musician’s place within it. He dissected each song, analyzing it with a context that he clearly delineated. To this day, collectors often acquire particular albums for Hentoff’s musings as well as for the music within.

A sought after journalist for many outlets, he most often wrote for the seminal music magazine Downbeat. It was a sad day when they no longer had room for the writer who had put them on the map.

Constitutional scholar and defender of the First Amendment, Hentoff is almost as well known, or infamous as many of his previous fans would say, for his sometimes contentious stands seemingly out of step with how one would have assumed would have been his viewpoint. A frequently published author writing books on civil liberties, politicians and the bill of rights as well as jazz, it is always dangerous to make assumptions about Hentoff. He has long been supportive of controversial speech issues including his support of the proposed Nazi march in Skokie, Illinois many years ago. More surprising to most is his anti-abortion stance, an approach that is clearly in opposition to what previously were his strong “rights of the individual” positions. As far as he is concerned, the rights of the fetus trump the rights of the mother. Hentoff declares himself a libertarian (small L) in all things and finds himself more in tune to the views expressed by Rand Paul.

Interviewing Hentoff extensively, Lewis has stacked his film with archival clips of the famous and infamous, fascinating interviews with, among others, his third wife Margo, Amiri Baraka (LeRoi Jones when Hentoff first knew him), Stanley Crouch and Phil Woods.

Narrated seamlessly by the incomparable Andre Braugher with a soundtrack including Duke Ellington, Miles Davis, John Coltrane, Charles Mingus and too many other jazz greats to mention. Several of Bob Dylan’s early songs are featured in tribute to the influence Hentoff played in his early career when he interviewed the famously reticent Dylan in 1966 for Playboy in what is still considered one of their greatest features.

Documentaries are usually noble projects with lofty ideas and this is no exception. What is different about Lewis’s film is how wonderfully fluid and fascinating it is. Giving us the music he wrote about and the controversial subjects that consume him at present, Lewis has opened up a complicated man and let us participate in this exploration. For this I give thanks. Don’t miss this one.