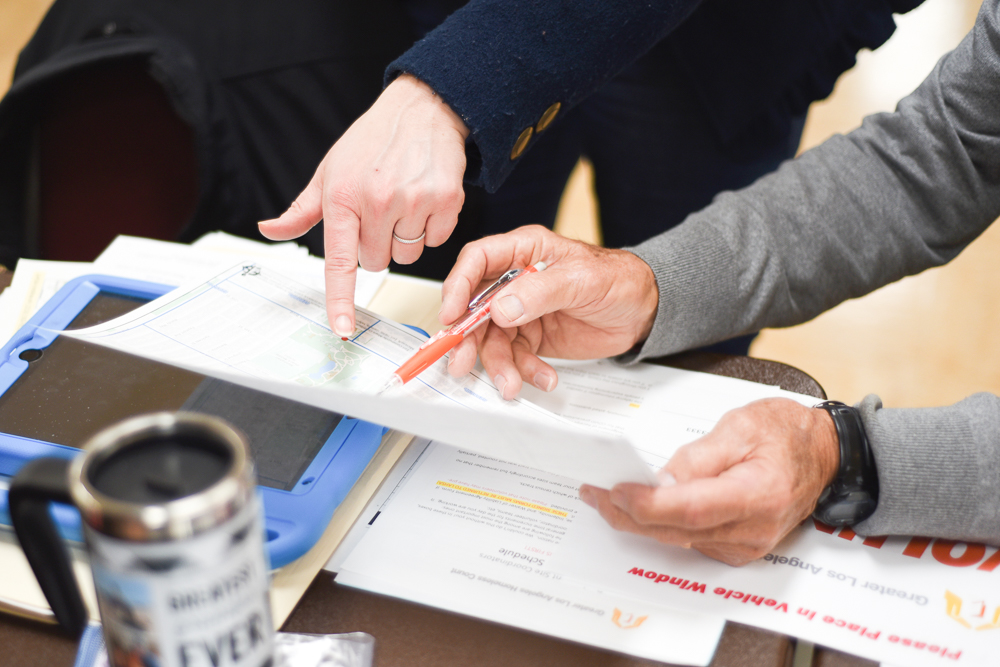 Manhattan Beach’s efforts to reduce homelessness appear to have made an impact. The results of the 2022 Greater Los Angeles Homeless Count were released last week and found only nine unhoused people living within Manhattan Beach, a steep decline from the 41 people found experiencing homelessness in 2018 and a 40 percent drop from a year ago.

The homeless count occurs only one day a year —  on February 23 from 8 p.m. to midnight in Manhattan Beach —  and is thus just a single point-in-time snapshot, rather than a definitive count. But the consistent downward trend has encouraged city leaders, who over the past few years have prioritized addressing local homelessness. This local success also comes at a time when homelessness continues to increase countywide. The Los Angeles Homeless Services Authority (LAHSA), which organizes the count, estimated that 69,144 people were experiencing homelessness in L.A. County at that time, a 4.1 percent rise from 2020.

Mayor Steve Napolitano said that the local decrease in homelessness shows that the City’s efforts have been effective.

“The data shows we are moving in the right direction,” Napolitano said. “The investments we have made to address homelessness and our multi-pronged strategy that includes education, enforcement, local and regional partnerships, and outreach connecting people to housing are improving the lives of people experiencing homelessness.”

The City Council adopted a five-year homelessness plan in 2018 when the number of people living unhoused in the city was drawing the concern of many residents. The council established a citizen-led Homeless Task Force and eventually implemented a proactive plan to more directly engage with the local homeless population, utilizing trained mental health professionals who work in concert with the Manhattan Beach Police Department. Thirteen police officers have since been trained to respond to incidents involving people who are homeless, forming a “Homeless Outreach” unit available on every MBPD shift. These officers work with the Los Angeles County Department of Mental Health to engage with unhoused people identified as mentally ill. The City also appointed George Gabriel, assistant to the City Manager, as its first-ever homelessness liaison. Additionally, in November 2021, the City Council approved an agreement with Harbor Interfaith Services for a dedicated housing navigator/case manager. The housing navigator engages with unhoused individuals and offers assistance, whether through treatment referrals or housing placement. The Council also approved an agreement with SHARE! Collaborative Housing for two beds to shelter unhoused individuals. And the work of a local non-profit, MB SAFE, has proved instrumental in connecting homeless people with the City’s navigator and other resources.

The City’s outreach now has the potential of housing people within 24 hours of a navigator’s engagement with an unhoused person, compared to the 260 days typical in attempted housing intervention processes, according to City staff. Funds from the LA County ballot measure intended to address homelessness, Measure H, have paid for much of this outreach. In coordination with Hermosa Beach and Redondo Beach, Manhattan Beach first obtained a $333,666 Measure H grant three years ago. Earlier this year, in collaboration with regional partners that include Hermosa Beach, Redondo Beach, El Segundo, and the South Bay Cities Council of Governments, the City was awarded an additional $216,000 in Measure H grant funding for two additional homeless navigators/case managers to service the cities.

The upshot has been greater success in helping unhoused people find housing than the City has ever before experienced. During the first half of 2022, outreach has resulted in five permanent housing placements, as well as what are termed as “positive interactions” (meaning some form of assistance was offered and accepted) with 82 unhoused people, and six treatment referrals.

Gabriel said that the City’s commitment to proactively addressing homelessness has really begun to pay off.

“Over the last year we really started to see dividends from our efforts,” Gabriel said.

“There’s a lot that goes into it, but I think chiefly the City’s investments and priority to address homeless play a key role. Working collaboratively with the South Bay cities, the City has been addressing homelessness through grants for three years now. More recently, the City Council approved additional funding toward homeless outreach and housing for those unsheltered in Manhattan Beach. The combination of regional grants as well as City funding brings all that homeless outreach into focus and makes it really dedicated —  whether it be our dedicated housing navigator or our collaborative housing programs —  and that makes a big difference.”

“We would not have been as successful as we have been in dealing with the homeless issue without George managing the day-to-day process,” Montgomery said.

And while the lower homeless count certainly represents a success, Gabriel said the numbers associated with specific program outreach —  such as the five people who have found permanent housing —  reflect perhaps a more foundational change.

“While I am pleased with the homeless count, I think I’m more pleased with what we’ve been doing from January to date this year, in terms of interactions [with unhoused individuals] and actual stable housing placement,” Gabriel said. “Because the homeless count is a single point-in-time, one day. Does it mean something? Of course, it means something. But at the end of the day, those interactions, and those housing placements, that’s a reflection of what we’ve been doing for months on end.”

Any such policy process, much less one as complex as trying to help people living on the streets into housing, must be measured through numbers. But for those who are part of the effort, including Gabriel, MBPD police officers, and homeless navigators, it’s the actual people represented by those numbers who matter most. Last year, the City’s efforts included a success story of a young man living in a parking lot of a grocery store who was connected with housing and was actually hired to work in that grocery store. More recently, just a few months ago, the City’s dedicated navigator connected with another man living outside and helped him into the collaborative housing program, in which he received financial assistance to pay for having a roof over his head. Now, that man has a job and is preparing to leave the housing program.

“He’s gone from being on the streets to becoming a productive member of society, which is rewarding for us and obviously gratifying for him, as well. We conducted the outreach, we provided temporary housing for three to four months in order to stabilize and allow him to gather his resources and find a job. And now he’s going to be able to provide for himself, which is the ultimate goal.”

Napolitano said the City will continue to build on such successes.

“Manhattan Beach is committed to keeping folks off the streets, placing them into housing, and providing them support services,” he said. “We will continue to take a proactive approach to homelessness with everyone’s safety and wellness in mind to protect the community values we hold dear.” ER