Port in a storm 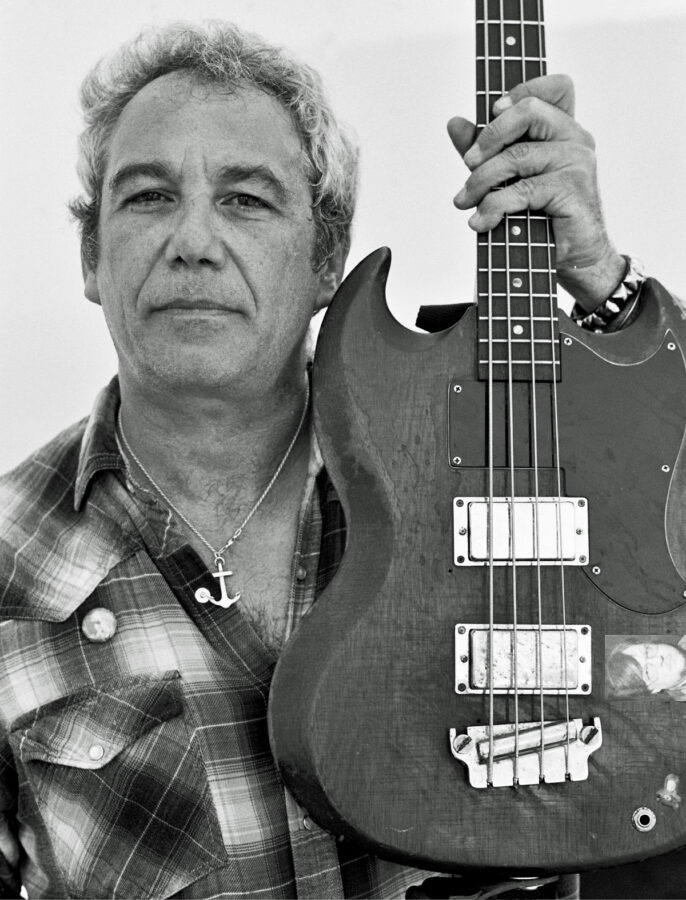 Mike Watt keeps sailing around the country, but always finds himself returning to the South Bay

It took a postcard for Mike Watt’s dad to finally understood punk rock.

It was the early ‘80s, and the bassist was on tour with Minutemen, the seminal San Pedro group he co-founded with singer/guitarist D. Boon. Along with drummer George Hurley the trio toured at a frenetic pace, bouncing from town to town in a rickety van. To stay connected to home, Watt would send postcards to his family.

His father spent his adult life in the Navy. His rule-bound world view made it difficult to comprehend why his son would devote so much time to a stigmatized genre of music like punk. But when the postcards began piling up on the floor of their naval housing unit, his father began to see what it was all about.

“My dad couldn’t really understand why I was doing this,” Watt said in an interview. “But when I started sending those postcards, he said ‘Wow, you’re like a sailor.’ That’s how he saw the world.”

The Minutemen came to an abrupt halt in December 1985, when Boon died in a tragic car accident. In their roughly six years together, the group accelerated the expansion of the punk universe, dazzling audiences with surreal lyricism, jazz- and funk-inflected grooves, and enduring rhythms.

But like SST labelmates Black Flag, their true legacy has been to prove the power of the DIY music model to countless followers. The Minutemen were one of 13 bands profiled in Michael Azerrad’s Our Band Could be Your Life, which explores how the “indie underground” of the ‘80s made lasting music outside the structure of corporate record labels. The book’s title comes from a lyric to the Minutemen song “History Lesson (Part II),” and encapsulates the accessibility and empowerment that, for the Minutemen, were the signal features of punk rock.

Watt is playing Saint Rocke Friday night with the Secondmen, one of dozens of different groups he has played with following Boon’s death, and the message does not appear to have faded for Watt in the 30 years since. Noting the hectic touring that was required under such a model, Azerrad wrote that during a 1984 Minutmen tour, the group played 57 shows in 63 days. This Friday will be one of 61 shows in 62 days.

“There’s a big danger in being older: you think you know it all,” Watt said. “But I’m trying to do what we did in those days, trying to make it relevant. I know nothing will happen unless I keep pushing it.”

“Home” for Watt is San Pedro. He moved to the port neighborhood with his family when he was 10 years old, after his father was transferred there from Virginia. Through all his travels, the Los Angeles neighborhood keeps drawing him back, “like a bungee cord.”

Watt has never outgrown his adopted hometown. He has an encyclopedic knowledge of its streets and intersections. (At one point in the interview, he corrected me on the location of the Enchilada House.) He supports local record labels like Water Under the Bridge on his webcast “The Watt from Pedro Show,” and often plays neighborhood venues like Harold’s Place.

It’s a bit surprising, given that punk rock was not always so warmly received in his San Pedro.

“If you would’ve told me when I was in high school that there would be punk rock gigs at Harold’s, I would have bet my life against it,” Watt said.

After graduating from San Pedro High in 1976, Watt and Boon gravitated toward Hollywood, where the Weirdos and others were fleshing out Los Angeles’ response to the punk of New York and London. The Minutemen managed to book early gigs at Hollywood venues, but the working-class kids occasionally felt like outsiders amid the arty scenesters at clubs like the Masque and the Starwood.

Fittingly for a man with such a firm sense of place, it took a geographic generalization to push the Watt and the Minutemen to the next level.

“They thought anything south of Sunset was the beach,” Watt said. “Pedro, Hermosa, it was all the beach.”

Members of Hermosa Beach’s Black Flag were among the first to recognize the Minutmen’s potential, and welcomed the San Pedro trio into the SST Records orbit. (In the category of oh-to-be-a-fly-on-the-wall, Watt recalls hearing a John Coltrane record for the first time in the Hermosa apartment of artist Raymond Pettibon, brother of Black Flag guitarist Greg Ginn.)

The Minutemen came to Hermosa’s Media Art Studios to cut their first EP, Paranoid Time, which followed Black Flag’s Nervous Breakdown to become SST 002. So began a highly productive streak for the Minutemen that would culminate in Double Nickles on the Dime, a double LP routinely ranked among the best of the ‘80s.

Today, the Minutemen are revered in San Pedro in a way they could never have imagined when they were being booed at the local Croatian Hall and Fisherman’s Fiesta. Just ask Watt about the landmarks.

“Now they’ve got us painted on the bulkhead at the Trader Joes, and on the tile at the Catalina Terminal,” Watt said.

When I spoke to Watt, he had just returned from a gig at South by Southwest in Austin, Texas,  where he had played with John Doe, of famed L.A. punk band X. Doe is mentioned, along with Joe Strummer, Bob Dylan and others, in “History Lesson,” as among the musical inspirations for the Minutemen.This egalitarian blending of openers and headliners, heroes and citizens, seems to repeat itself everywhere a punk scene pops up; no gods, no masters.

“Punk was never just about the music, it was about the people,” Watt said. “Getting out there and doing it face to face, just jive and spiel in front of them.”

And while Watt’s enthusiasm seems not to have diminished since the Minutemen, his musical range has expanded. He has done gigs and released records with everyone from the Stooges to Sonic Youth.  Friday night’s show finds Watt jiving and spieling with Pete Mazich and Jerry Trebotic. Both are original members of the Secondmen and, Watt is quick to point out, Longshoreman. Trebotic is holding down the drums, but instead of a guitar, Mazich will be on a Hammond organ.

It’s a sound that Watt has long been interested in.

“I was inspired by ‘Sister Ray,”’ he said of the Velvet Underground’s 17-minute jam. “I always wanted to be using an organ, but they were so expensive. Now they’re a lot more econo.”

“Econo,” short for economical, is a word that pops up pretty frequently in talking with Watt. The lyric “We jam econo” came from the Minutemen song “The Politics of Time,” and it is another example of a simple phrase echoing long after the Minutemen stopped playing.

Jamming econo meant a method. It meant cramming everyone into a van, going to a new town and looking up some name from the back of album cover in the phone book. The kid would have an in with the Elks Lodge or union hall or gay disco or whatever third-rate venue would accept punk rockers. The kid’s band would open, and “you’d probably conk at his house after the gig,” Watt said. It was not easy, but it was thoroughly incorruptible.

“Jamming econo doesn’t mean the cheapest,” Watt said. “It means the fairest situation for everyone involved.”

Times have changed, and jamming econo is no longer such a necessity. In addition to the status he has acquired, Watt points to the way that the Internet has made music far easier to create, share and promote. But some things never change. On Friday, Watt will share his bass amp with openers Law and Special C — others have done the same for him in the past. Then he will pack it up, and return home to San Pedro.

“It was the only way, it wasn’t going to work any other way,” Watt said. “Now there’s a little more choice. But that’s the way I like it.”