by Ryan McDonald Minutes after President Donald Trump concluded the “Save America” rally last Wednesday by instructing the thousands of people gathered on the Ellipse, a park south of the White House, to “walk down Pennsylvania Avenue” to the U.S. Capitol, Rep. Ted Lieu heard a loud, persistent banging on the door of his office […]

What does the future hold for South Bay Republicans?

by Ryan McDonald When newly elected Congressman Steve Kuykendall arrived in Washington, D.C. in January 1999, the Palos Verdes Republican made a point of visiting Tom DeLay as soon as possible. DeLay, a Republican from the Houston area then entering his eighth term in the House of Representatives, had served as the majority whip since […]

Trapped in paradise: Manhattan Beach’s Pages hosts authors Stan Parish and Daniel Riley for stories about places we can only imagine (for now)

by Ryan McDonald In the penultimate chapter of Sherwood Anderson’s “Winesburg, Ohio,” the newspaper reporter George Willard is preparing to leave the village where he grew up for the big city. He spends the day walking through the county fair, alone amid the crowd and increasingly conscious of the stakes of getting older. He has […]

by Ryan McDonald Across the United States, the coronavirus has made packed restaurants and carefree urban mingling impossible. In Hermosa Beach there is hope that in the long term the pandemic may lead to a city center that is more bustling and attractive to businesses than the version that preceded it, as well as fear […]

by Ryan McDonald Rules on mask wearing and other public health precautions enacted by the Hermosa Beach City Council last month are encountering resistance, officials said Tuesday, with the workers brought on to enforce the rules occasionally facing harassment and threats. Chief Paul LeBaron of the Hermosa Beach Police Department told the council the […] 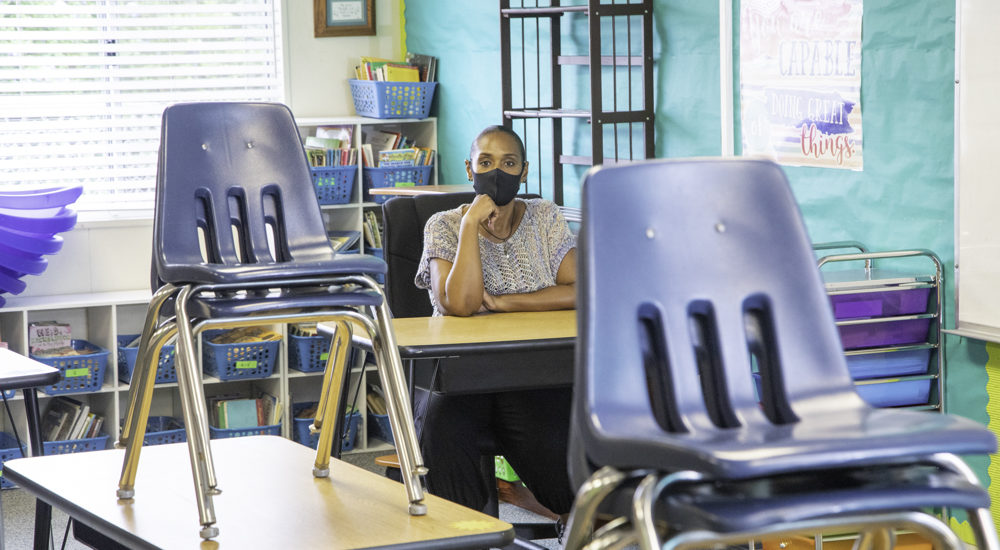 by Ryan McDonald It’s tough to conceive of a class that is simultaneously less suited to social distancing and harder to replicate over the internet than the Sparks Lab at Hermosa View School. The class, funded primarily through philanthropy, teaches STEM principles to first, second and third graders through what educators call “project-based learning.” In […]

Back to school Citing a need to bob and weave amid the changing conditions of the coronavirus pandemic, Superintendent Jason Johnson unveiled plans for the coming year in the Hermosa Beach City School District with a little wisdom from The Baddest Man on the Planet. “I liken this year to the Mike Tyson quote: ‘Everyone […]

by Ryan McDonald Scotty Hemstreet, a 14-year-old Hermosa Beach resident, died earlier this month from an accidental drug overdose inside an east Hermosa home. Friends and family recalled Scotty as funny, wickedly smart and often the center of attention, a person who was happiest in motion, either sailing over the ocean or with a skateboard […]

by Ryan McDonald Susan Robinson wants her daughter to be bilingual, so it was good news when the Redondo Beach resident learned this spring that her five-year-old had been accepted into the dual immersion program at Washington Elementary. The program, which includes kids from both English- and Spanish-speaking families, lasts throughout a child’s time at […]

by Ryan McDonald All restaurants in the South Bay and the rest of Los Angeles County will be limited to takeout and outdoor dining for the next three weeks, Gov. Gavin Newsom announced Wednesday, a move intended to curtail the recent, rapid growth of the coronavirus but which is likely to reignite disputes over the […]

by Ryan McDonald   Brian Johnson loosened the drawstrings on a plush bag, which in its former life held a bottle of Crown Royal Canadian whisky. Today, it holds the means to talk to anyone in the world, or maybe even those outside it. Johnson is the club station manager for the Hughes Amateur Radio […]

by Ryan McDonald Restaurants in Hermosa Beach may soon be able to reopen with tables in streets and parking lots, and retailers will be able to hold their longest-ever sidewalk sale, thanks to a series of measures approved by the City Council Tuesday. The action is intended to help Hermosa businesses survive the economic downturn […]

The Strand to reopen in Hermosa Beach

by Ryan McDonald Hermosa Beach will reopen The Strand at 6 a.m. Saturday morning, on the beginning of Memorial Day weekend, lifting a two-month closure put in place to slow the spread of the coronavirus. In a special Thursday night meeting, the City Council voted 4-1 to reopen to reopen the beachside path, a decision […]

by Ryan McDonald The coronavirus is spreading slowly enough to allow further relaxation of the restrictions put in place to battle it, Los Angeles County officials said Wednesday, and to begin to reopen sectors of the economy struggling to survive.    The average number of people infected by a person with an active case of COVID-19, […]

by Ryan McDonald Last week, on the day after Los Angeles County beaches reopened, surfers emerging from the waves left wet footsteps as they trod past the 11th Street entrance to Brothers Burritos in Hermosa Beach, slowing as the familiar smell of the post-surf favorite wafted out the door. The scent was a bit more […]