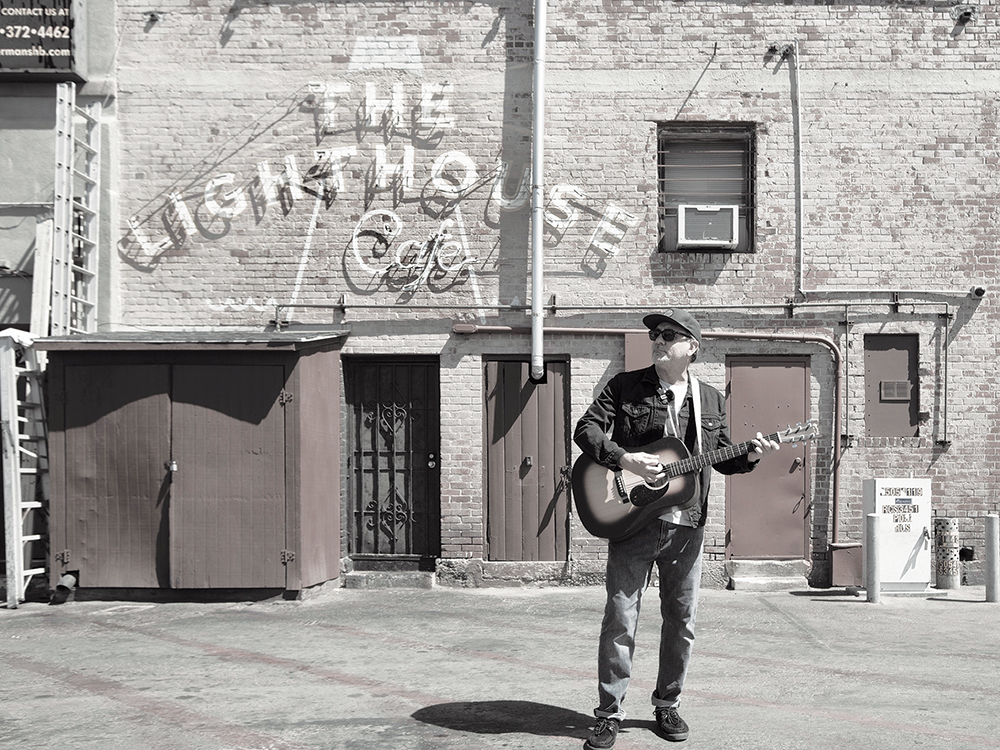 Jim Lindberg, BeachLife’s director of brand and content, organizer of the Speakeasy stage and, oh by the way, rock star. Photo by J.P. Cordero

Jim Lindberg’s songwriting process almost always begins the same way. The question he has to answer, quickly, is where it will lead.

“I can’t tell you how many hours I’ve spent staring at a wall, waiting for inspiration. It kind of always starts there,” said Lindberg, the frontman for Pennywise, the South Bay punk rockers who are the biggest band to emerge from the region in the past three-plus decades. “When it comes to Pennywise songs, you’re putting together chords and lyrics and music that you think would work for the Pennywise listener and the other members of the band. I know that if I play a flowery acoustic song, it’s not going to get by the [Pennywise guitarist] Fletcher Dragge sniff test.”

Lindberg will be pulling from the acoustic side of his quiver when he plays the Speakeasy Stage at Beach Life on Sept. 11. He believes that jumping between punk and acoustic is part of a process that even the crustiest pit veteran will understand. Lindberg inhaled music as a kid, including Harry Chapin, Bob Dylan, and Waylon Jennings. Today, he estimates that he has a dozen different acoustic guitars hung in various places throughout his house. At least one of them always seems to be inviting him to sit down and invent.

“I think everybody starts out in the acoustic guitar lesson with the bearded instructor teaching you Crosby, Stills and Nash chords,” Lindberg said with a laugh. “Growing up around here, I immediately got slapped into shape with Black Flag and the Circle Jerks. It changed my worldview from the first guitar lesson, but you always kind of go back to the acoustic guitar.”

And although the amplifiers might not be taxed in the way they would be at a Pennywise set, Lindberg, the festival’s director of brand and content, shaped the mix of artists who will be on the Speakeasy stage with an eye toward the intensity and authenticity that the best of punk rock embodies.

He ticked off some of the acts who will be joining him there. There’s Tom Curren, wjimho fused the smooth grace of an older generation of surfing with a radical, rail-to-rail approach to win multiple world titles as Pennywise was starting out. There’s Steve Caballero, playing with his group Urethane, whose way of looking at the world emerges in his transformative skateboarding as well as in his visual art. And there are fellow punk rockers Jason Cruz, Jason DeVore, and Trevor Keith, artists with whom Pennywise has often shared a stage, and who will finally be able to play in the place that shaped the sound to which they all owe a debt.

When Lindberg was the creative director for BeachLife’s 2019 inaugural run, he singled out a Thursday set by L.A. punk legends X as being of personal importance, a curating decision that paid homage to the spirit of the place that BeachLife calls home. This year, he’s finding that spirit in a different kind of sound.

“That’s what the Speakeasy represents to me,” Lindberg said.