Trapped in paradise: Manhattan Beach’s Pages hosts authors Stan Parish and Daniel Riley for stories about places we can only imagine (for now) 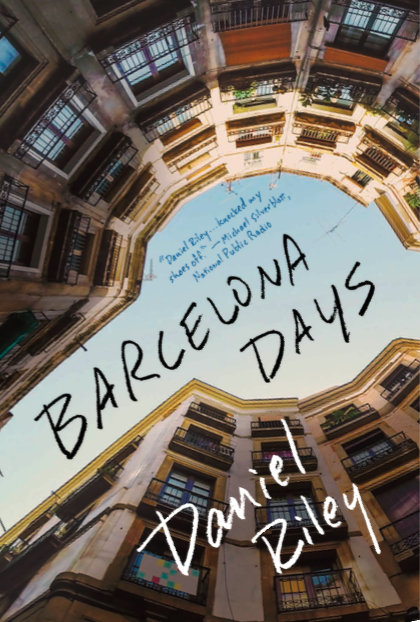 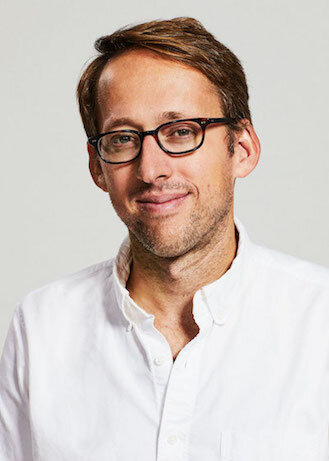 In the penultimate chapter of Sherwood Anderson’s “Winesburg, Ohio,” the newspaper reporter George Willard is preparing to leave the village where he grew up for the big city. He spends the day walking through the county fair, alone amid the crowd and increasingly conscious of the stakes of getting older. He has reached that fleeting, floating moment in every person’s journey when “for the first time he takes the backward view of life,” and feels what Anderson calls “the sadness of sophistication.”

“Ambitions and regrets awake within him. Suddenly something happens; he stops under a tree and waits as for a voice calling his name. Ghosts of old things creep into his consciousness; the voices outside of himself whisper a message concerning the limitations of life. From being quite sure of himself and his future he becomes not at all sure,” Anderson writes.

This peculiar way that anxiety over life’s vast possibilities sharpens in moments of confinement or hemmed-in choices shapes Daniel Riley’s novel “Barcelona Days,” which hit shelves earlier this year. It takes place over a few turns of the sun in 2017, and features four Americans temporarily stranded in the city of the title by a massive ash cloud from an erupting Icelandic volcano that grounds planes all over Europe. (Riley’s fictional volcano is called Holudjöfulsins, Icelandic for the “Devil’s Hole,” but in 2010, the Icelandic volcano Eyjafjallajökull actually did bring air traffic to a halt.)

“It’s an examination of what can happen to intimate relationships under the new pressure of being sealed in place, Riley, a Manhattan Beach native, said in an interview. (Full disclosure: Riley and I are long-time friends.) “What cracks are exploited and made worse without breaking once significant pressure is applied?”

Riley is well aware how much that description could apply to 2020. Sheltered in place and smothered in routine, we dream of places not yet visited and chances never taken; we fret over the fraying yarn of memory tethering us to the scents and scenes of our past. On Thursday, Riley will be appearing with Stan Parish, whose novel “Love and Theft,” also came out earlier this year, in a virtual event hosted by Pages the Manhattan Beach bookstore. Like “Barcelona Days,” “Love and Theft” features Americans gallivanting in places where today they are discouraged if not prohibited from visiting.

Both novels were conceived and composed before the pandemic hit. To some extent, each works now on the level of voyeuristic escapism. “Love and Theft” follows a globe-trotting jewel thief from Las Vegas to New Jersey, from Spain to Mexico, and through his sudden, passionate affair with a stranger encountered at a party.

“Some of the most encouraging responses to the book were people writing to me on Instagram or emailing me saying this book sort of became a substitute for the vacation they were unable to take last summer. I mean, the book is basically an anthology of all the things that we’re not supposed to do during COVID. It’s packed with people who are hopping on planes, they’re sleeping with strangers and going to bars and clubs and packed restaurants,” Parish told me. 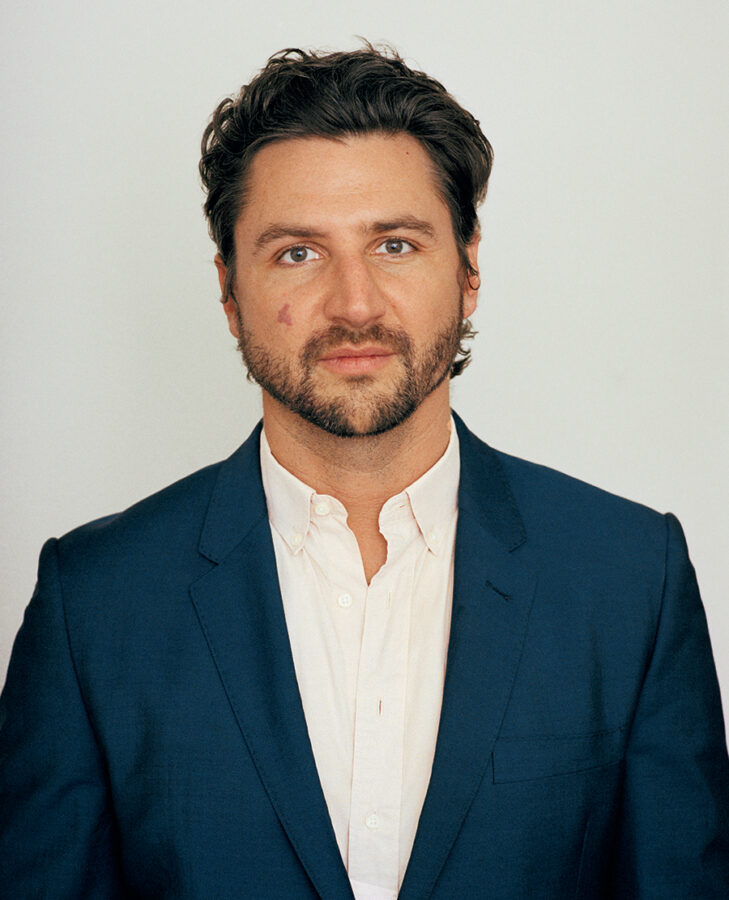 The books are also, however, preoccupied with more timeless themes. Parish and Riley worked together at GQ for several years, where they got to work on stories about glamorous people in exotic locales. The experience has perhaps contributed to their ability to see and write beyond dazzle, to get at what being in a different place reveals about who someone really is.

“Barcelona Days” centers on Will and Whitney, professionals in their late ‘20s who have been dating since college and are on vacation. Rounding out their quartet are Jack, who played basketball where Will and Whitney went to college and has just wrapped up six years of playing professionally in Europe, and Jenna, who as the youngest of the four is both immature and alluring. In one of the book’s best scenes, the four are strolling down an alley after a night of drinking, and Whitney, fed up with Jenna’s petulant comments, grabs the younger woman with a “long, languid arm” and pulls her in tight, trolling her fingers over Jenna’s face and pulling off one of her clip-on earrings. It’s a tense moment where real violence feels imminent, but the power of the scene comes from knowing that Will is watching it unfold, and perhaps questioning where this is coming from in the woman he thinks he loves.

Similarly, Parish sought to use the mounting “pressure” of a transnational crime spree to test the relationship he had envisioned for his characters — a much-intensified version of a tactic he has employed in real life.

“In my younger and slightly wilder years, if I was dating someone and the connection seemed really strong, the way that I kicked the tires was just to book a trip for three to five days somewhere. Because that would reveal almost immediately what you were getting into. I think travelling, going somewhere with someone in that way, you see, Are they rude to waiters? What do they do when their flight is delayed or cancelled?” Parish said. 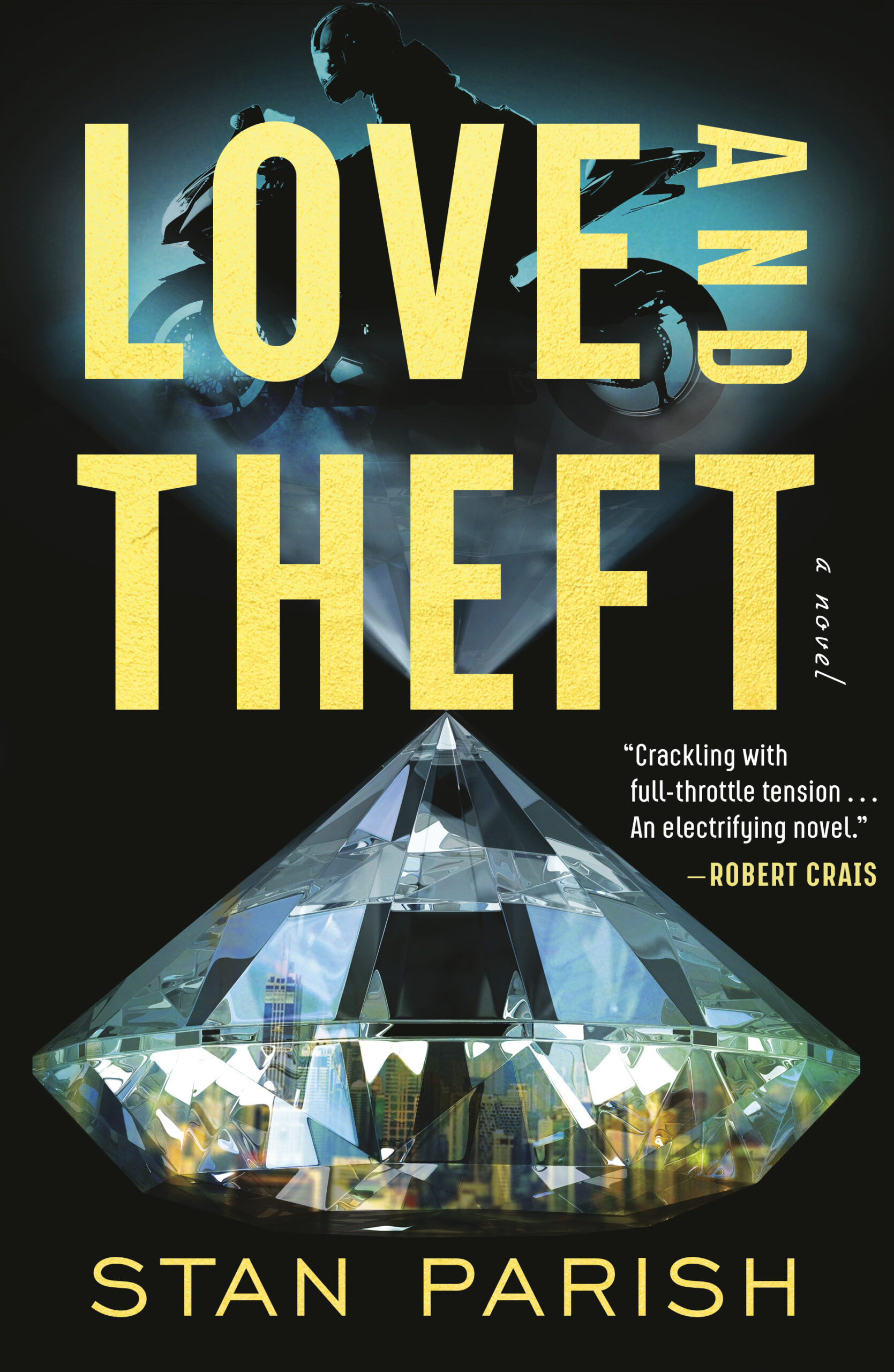 To research “Love and Theft,” Parish dug into crimes that had been the stuff of local legend where he grew up in Princeton, New Jersey, and did ride-alongs with police officers. He wrote much of the book while living in a friend’s home on The Strand in Manhattan Beach, where he adopted a nocturnal routine of working all night, then going for a walk on the beach or a surf when the sun came up.

For Riley, research meant reading and rereading novels in what he describes as one of his favorite genres, “Americans abroad.” Before the pandemic, he was also a frequent European traveler, including to Barcelona. He took a vacation there by himself in 2017 and began writing a different novel, one that ultimately did not work out. When he returned to New York City, he felt seized with inspiration, and wrote the opening of “Barcelona Days” in the course of a weekend.

“Having four characters, four Americans, who are not native, and who are moving through the city a lot, I just needed to know more than they did,” he said.

The Pages discussion with Riley and Parish takes place Dec. 3 at 5 p.m. To register, visit the store’s website. ER