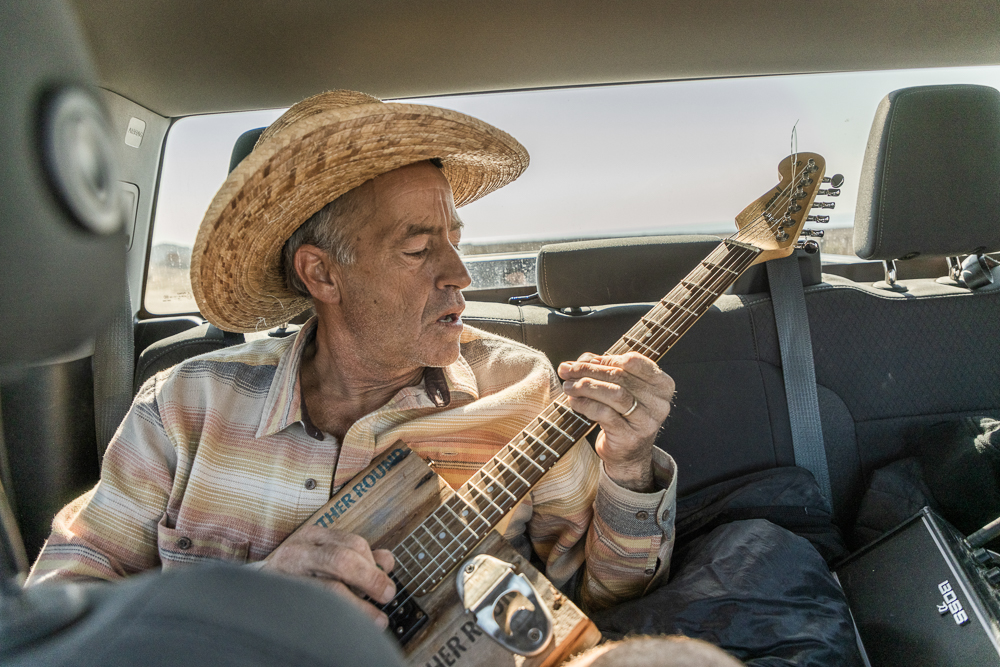 Tom Curren is the rare surfer who inspires as much reverence in impatient youth as he does in his aging contemporaries. A three-time world champion who “retired” from competition three decades ago, his timeless style remains relevant no matter how much surfing progresses.

Curren seems to operate with a blood pressure five millimeters lower than the rest of humanity. Profiles of him unfailingly deploy words like “enigmatic,” “unconventional” or even “reclusive.” His surfing is characterized by an intuitive, unforced grace. He rides craft that seem weird until they are widely imitated. He once surfed a major contest without logos on his board, costing him a long-time sponsorship deal. Like all of the coolest people in history, he appears completely indifferent to what people think of him.

Curren began playing music not long after he learned to surf. He began on drums, then picked up the guitar in his early teens, but mostly stuck to basic chords, he said in an interview. When Curren turned pro in the early ‘80s, he would bring his guitar along with him to far-flung tour events. There was plenty of downtime for him to practice, but he sometimes found that playing around the time of an event was a “distraction.”

“You’re on tour to be really focused and kind of single-minded: Win win win,” he said.

He won consecutive world titles in 1985 and 1986. The place of contests in his personal cosmology, though, would wax and wane. By the late ‘80s Curren “seemed to lose interest in competing,” as surf historian Matt Warshaw put it. During this time he began delving into the guitar more deeply. And he began listening to more and different music. He fell under the spell of old R&B records, especially the guitar work of Stax Records house musician Steve Cropper, drawn to its “simplicity and accessibility.”

He returned to competing with renewed seriousness and won a final title in 1990, then settled into the life of what is today called a “free surfer,” sponsored but with limited competition obligations. Without the barrage of contests — at the time, the top level of professional surfing had more than twice as many events as it does now — he had more opportunities to explore music.

“I had recently bought a house and was spending more time at home. It was very different from the tour life. I got a few music studio things during that time, and kind of learned a little bit about engineering,” he said.

Over the years, Curren has cut two full length albums. He’s played with bands, and on his own, as he will be at BeachLife. But the travel never really stopped. It’s taken him across the globe, and these days, he says his playing is highly influenced by world music, acts like Jukulu, a South African group that mixed western styles with Zulu influences. (Jukulu was also active in the movement against Apartheid, a fight Curren and a few other pros once aided by refusing to surf contests held in South Africa.)

Curren became the face of The Search, wetsuit maker Rip Curl’s ongoing campaign of surfing exploration. A recent “Search” video pairs Curren with much younger pros Conner Coffin and Mason Ho. The trio journey to San Francisco to surf — and to play music.

“Like, his guitar is tuned all fuckin’ weird,” Coffin said of Curren at one point. “So instantly it just sounds different, but then he can play it with you, so it’s just weird and different and cool.”