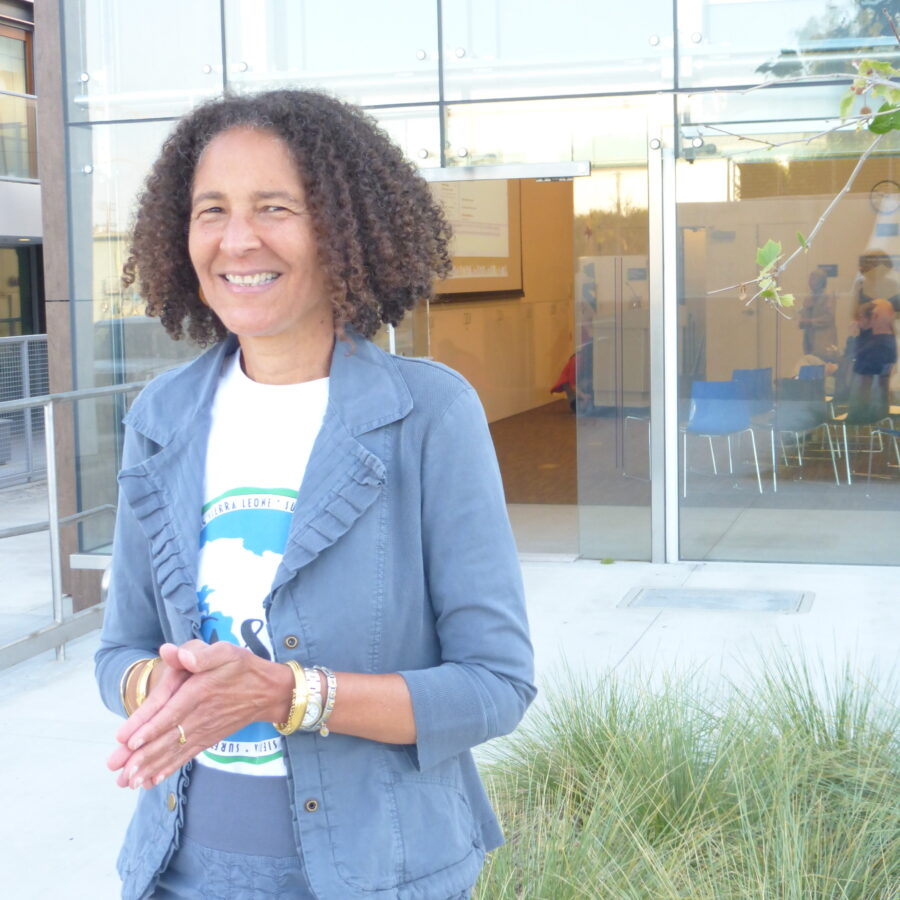 Dr. Alison Rose Jefferson, who gave a talk on the history of Bruce’s Beach on Apr. 26 at the Manhattan Beach library. Photo by Richard Foss

The resort at Bruce’s Beach was one of dozens that flourished up and down Santa Monica Bay in the early years of the 20th century, a collection of tents and cottages around a bathhouse and dining hall. What made Bruce’s Beach different was that the resort catered to the African-American community, and their arrival in Manhattan Beach was enough to spark heated opposition. After a dozen years of contentious relations the city seized the land for a park, which wasn’t actually built for over twenty years.

This much is generally agreed upon, but as Dr. Alison Rose Jefferson detailed in her talk at the Manhattan Beach library on April 26, the details have been blurred and mythologized to salve the feelings of the predominantly white community. The plaque that marks the site of the resort begins with a complimentary mention of George Peck, the real estate mogul who developed much of Manhattan Beach, praising him for selling to someone who wasn’t white. This is odd because Peck probably had nothing to do with it: a contemporary news article credits the sale to George Willard, a different real estate agent. If, as the inscription says, Peck did set aside land for a non-white development, he evidently changed his mind quickly. When Bruce’s Beach opened, a pair of “volunteer deputy constables,” one of whom was Peck’s son, roped off the direct access to the beach. The bathers at Bruce’s Beach had to walk half a mile around that section to get to the water.

This and other harassments were lightly reported in the Los Angeles Times, but publications catering to the African-American community detailed the indignities and litigation. Dr. Jefferson drew on these sources, which were overlooked by most scholars, to create a more accurate if unflattering account of the struggles of the era. Did you know about the giant Ku Klux Klan rally in Hermosa Beach in 1924, or the NAACP’s 1927 “swim-in,” during which nonwhite bathers at Manhattan Beach were arrested? As is often the case, these incidents are glossed over by local boosters who are embarrassed by the casual racism that was common in America a century ago.

The history still has the power to stir emotions, and some local residents passionately defended Peck’s character during the question and answer period after the talk. Audience members stayed for some time afterward to discuss the lecture over coffee and cookies, and though some strong opinions were voiced the discourse remained civil.

Dr. Jefferson has chronicled the history of African-American leisure resorts in California for a book that will be released later this year. The release of those images and source material will add to the discussion of the history of the South Bay, and no doubt spark both reevaluations and arguments about the history of race relations in the area. ER