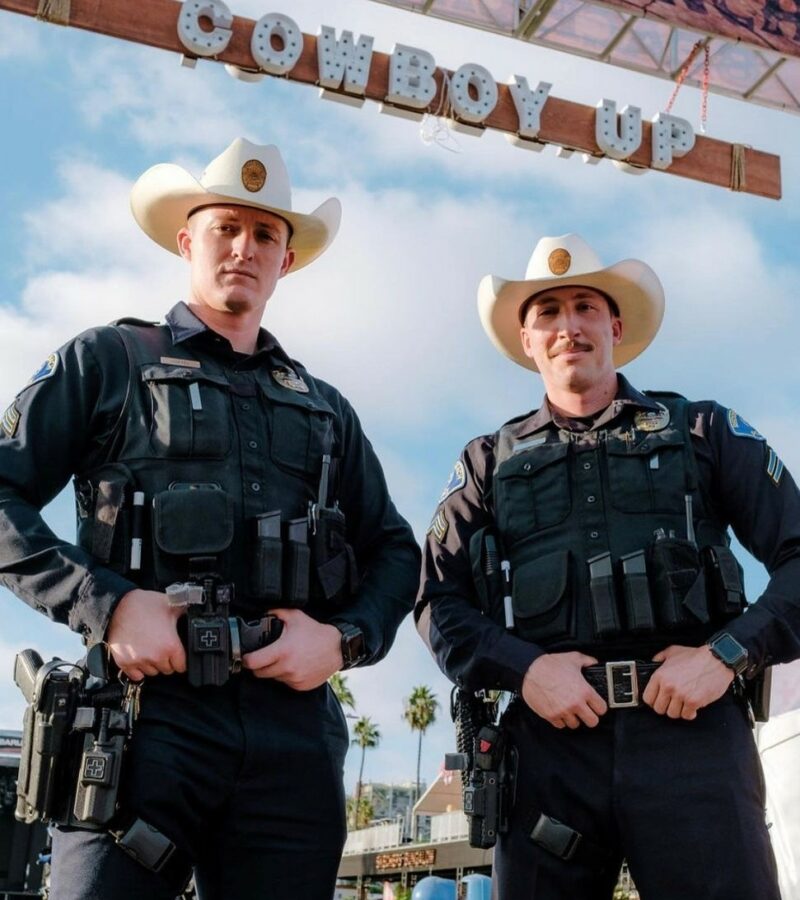 On Sunday night, as Brandi Carlile played the final notes of the three-day BeachLife Ranch festival, a 150-member crew stood outside ready to take it down.

What took 12 days to stage, takes three to dismantle.

“I can’t lie. I was preoccupied with whether, in the South Bay, country and Americana would resonate,” BeachLife founder Allen Sanford said Monday. “Now I’m one hundred percent convinced that it will be bigger than Beachlife in two years. The number one thing I look at is energy. This was double the energy of the first Beachlife. It was super soulful, super musical.”

Sanford reported that sales were 75 percent capacity, in general, across the three days, with Friday just short of selling out.

“With anything creative, you’re putting out an idea into the world saying, this is what I think is cool,” he said. “If other people (don’t think so), it’s painful from a business perspective and a human being-perspective.”

The turning point for Sanford came on the first night, when the Lumineers walked onstage.

“Man, it just, the energy just took over that lagoon,” he said.

Police logs recorded one arrest for the festival, one noise complaint and one neighborhood complaint over the three days.

“I think we may be the only festival in the country with one arrest the entire weekend. It’s a testament to the South Bay,” Sanford said.

The arrest was a minor battery incident, as described by Redondo Beach Police Chief Joe Hoffman, who was on site all three days – wearing a cowboy hat, as were the other RBPD officers.

“The chief there the whole time – that’s as cool as it gets,” said Sanford. “I must’ve seen him a hundred times.”

Sanford named his top musical highlight of the weekend as Lukas Nelson, son of Willie, and Shooter Jennings, son of Waylon, saying “some of you may not know, but our dads were friends,” and launching into “Mamas Don’t Let Your Babies Grow Up to Be Cowboys.”

“I don’t know if there was a cooler moment,” Sanford said.

He noted that Texas-based Jamestown Revival “emulated everything that we were trying to do.”

For Beachlife, kids under 6 have been free.

“I never understood why festivals couldn’t be for the kids too,” Sanford said. “I can’t imagine the family not being part of it. It’s a safe atmosphere to do it.”

The festival’s largest caravan was for Dierks Bentley, touring with 58 people in six buses and four semis.

One act almost failed to appear.

After a flight delay, Mike and the Moonpies – also the backing band for Shooter Jennings – were still in the air as their time slot approached.

“I didn’t have a solution, if they didn’t make it,” Sanford said.

A Beachlife Ranch crew set up the stage, had all the cords ready, and the band landed at LAX 30 minutes before their slot.

“They stepped onstage, plugged in their guitars and nobody knew the difference,” said Sanford.

The owner of The Rockefeller restaurant and bar in Riviera Village, and the closed St. Rocke on Pacific Coast Highway, Sanford is now ensconced in the festival business. He confirmed that Beachlife Ranch will return in fall 2023.

“A few thousand memories were made this weekend. You can’t do that at St. Rocke or in the restaurant business. Instead of 365 days to make a living, you’ve got three days. If you screw up, in this world, it’s game over.”

The campaign to sell tickets for Beachlife Ranch differed from Beachlife. It was targeted more outside of the South Bay, more to the inland. Local sales, though, were still the base, at approximately 65 percent.

“The first year of something, ticket sales are not top priority,” said Sanford. “It’s the fan experience and delivering a really (good show). We confirmed that the South Bay, they want to go to the ranch.”

The RBPD continues to make small changes at each Beachlife, this time using a motorhome as a command post, parked behind the Sonesta Hotel. Total officers working the festival were cut from about 25 Friday to 21 the next two days.

“This one didn’t seem to have quite the crowd as the previous one (in May),” said Redondo Beach Police Chief Joe Hoffman.

He noted that Beachlife Ranch had no reports of stolen cell phones, as previous Beachlife events had. No ticket scalpers reported, either.

As for the RBPD in cowboy hats, it may be seen again.

“The response [to the cowboy hats] from the public was incredible,” Hoffman said. “It really humanized the badge.”

The idea stemmed from back in May, when the chief sent out a notice about preparations for Beachlife Ranch. He included a last comment that perhaps RBPD cowboy hats were in order.

“It generated this buzz in the department,” Hoffman said. “We had a cowboy hat committee. They decided on white straw hats. While out there, I could clearly tell that the fire department was jealous. They started showing up in cowboy hats later, but the police department was the trendsetter.”

Hoffman was indeed on site everyday, including until about an hour after closing each night.

“It’s a big deal for the city,” the chief said. “It’s important to me to be on scene if anything comes up.”

He named the Shooter Jennings set, especially him singing with his mother; and the Dierks Bentley performance. ER