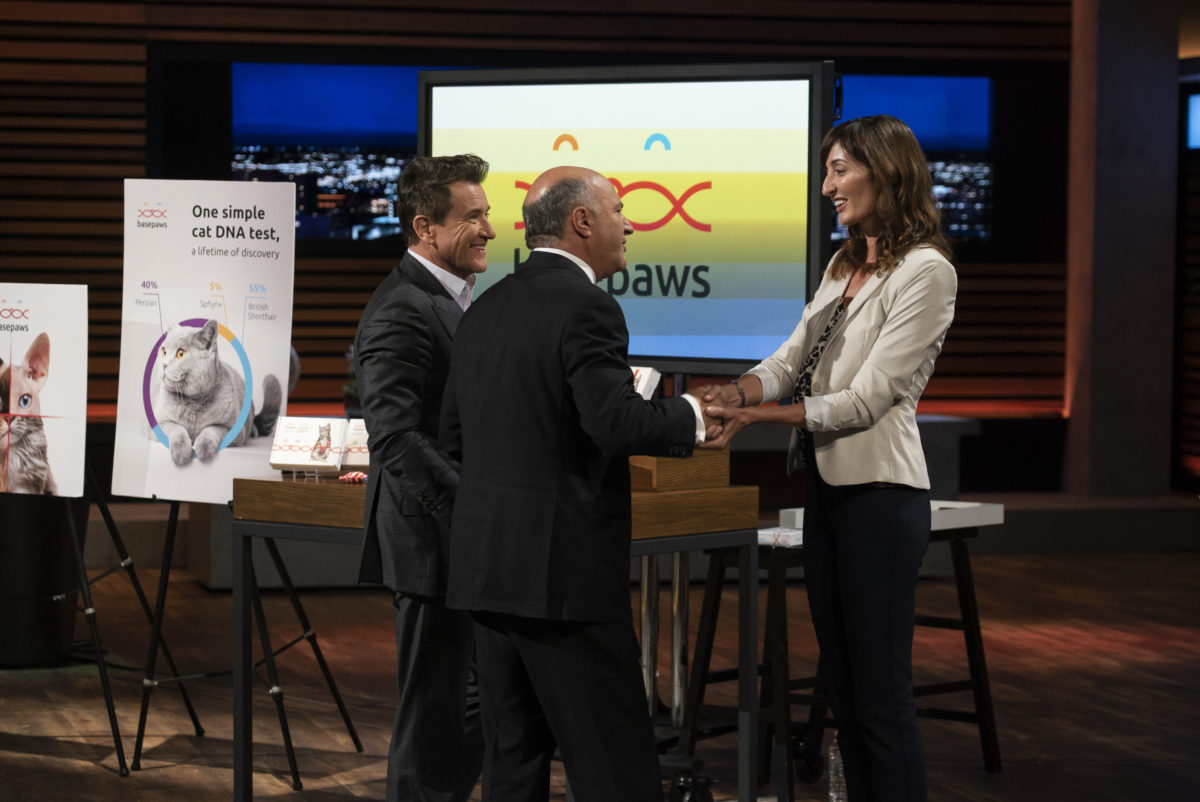 Story and photos by Chelsea Schreiber

Anna Skaya began wondering about DNA testing for cats after her own DNA test by 23andMe revealed potential health issues.

“I wondered what a DNA test would reveal about my rescue cat Koko,” Skaya said. She found DNA tests for dogs but not for cats.

The professional marketer, whose father was a biologist, realized if she wanted a DNA test for her cat she’d have to create one.

Skaya founded Basepaws two years ago in the basement of her Redondo Beach home. This past April, she pitched her company on ABC’s “Shark Tank.” 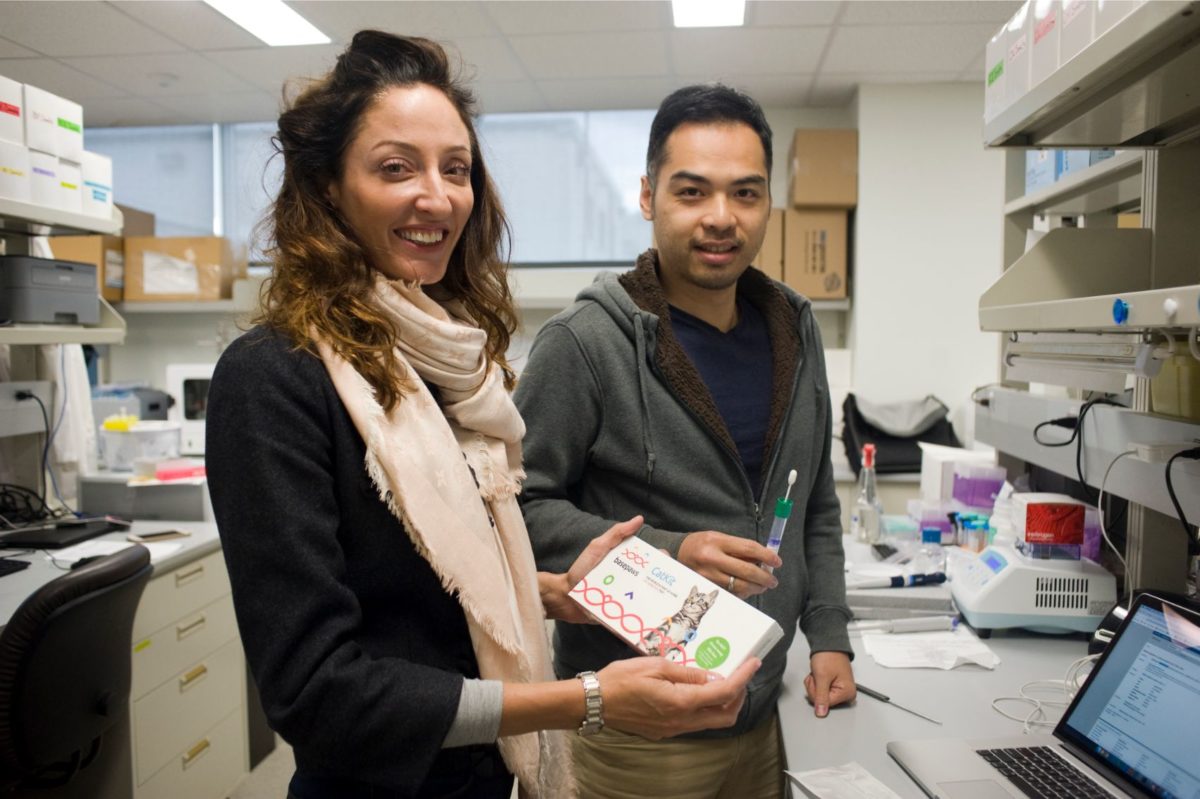 “Anna is a force to be reckoned with. So when I heard she was going after the ‘Sharks’ I had zero doubt that she would land them,” said Keith B. Hoffman, PhD, Vice President of Business Development and Technology Transfer at LA BioMed.

Basepaw’s marketing and sales are in Cross Campus in El Segundo.

“We had opportunities to move to the Bay area and Austin, but we turned them down. I love being in the South Bay and I wouldn’t want to be anywhere else,” the Torrance native said.

A Basepaws Catkit costs $95. It includes a swab for collecting DNA, a specimen bag, and a return box. After a cat owners obtain DNA from his or her cat by swabbing the inside of the cat’s mouth for 10 seconds, it is sent to Basepaws’ LA BioMed lab. Their, the feline’s DNA is put through sequencing machines that compare the DNA to the DNA of different purebred cats to determine the cat’s unique mix.

“People love their pets and want to know more about them,” said BasePaws Chief Operating Officer and head scientist Damian Kao. He mentioned that the South Bay is the perfect place for Basepaws because of its large number of pet lovers.

The DNA results not only identify breed, but also potential health issues.

“You can take the report to your vet and explore issues their specific breed has,” Skaya said. “$95 is a small price to pay to learn more about them, and it could save you money in the long run.”

Basepaws’ most famous cat is Samson the Cat, also known as Catstradamus, a 5-year-old, 28 pound Maine Coon cat made famous on Instagram.

“His owner had no idea, and now he has a very different relationship with Samson and Samson’s vet. The DNA test could save the cat’s life,” Skaya said.

Basepaws is pioneering feline medicine by developing a database of feline genetic diseases.

“Cats can’t speak, but their DNA speaks loud and clear,” Skaya said during her ‘Shark Tank’ pitch. “We give powerful insights into our cats ancestry and breed, genetics and diseases. The more you know about your cat, the longer you will have to love them.”

“Cats are notoriously underfunded and understudied in comparison to dogs, yet there are more cats in the U.S. and cat owners are looking for ways to know them better,” she said.

“I want to celebrate mixed-breed cats. There’s a lot of emphasis on pure breeds, but your cat doesn’t have to be a pure breed for you to feel like you know them,” Skaya said.