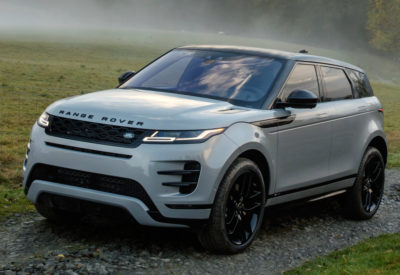 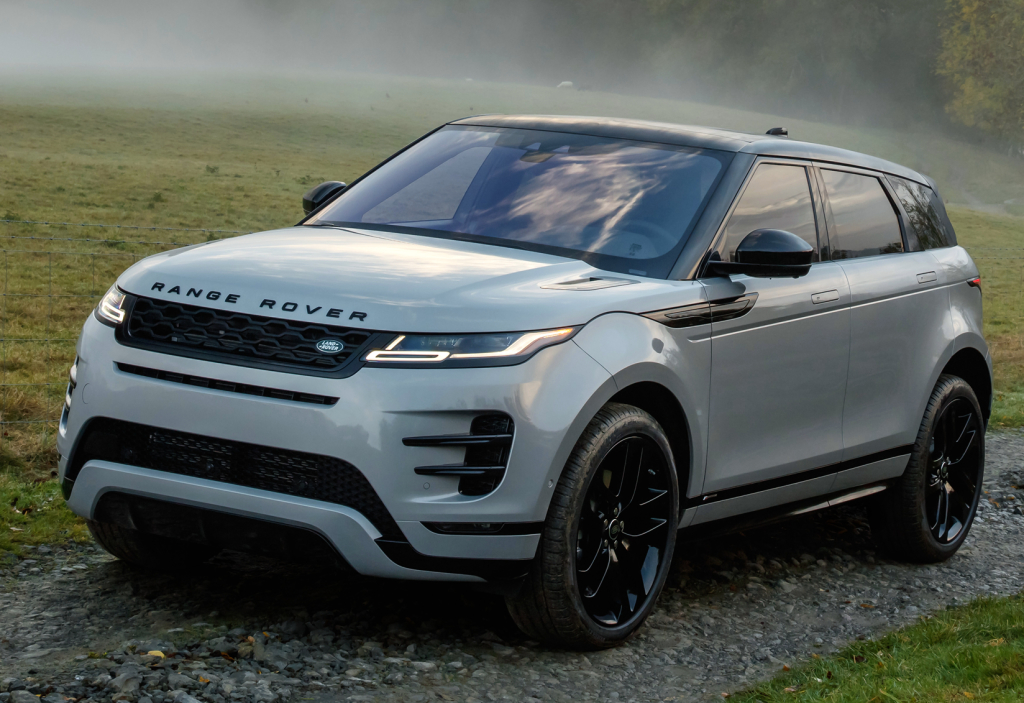 Every once in a great while a car manufacturer breaks loose from convention and puts a really different-looking (dare I say it?) rakishly handsome vehicle out there.

The car companies, of course, are banking these rare designs will spark the imaginations of consumers who will want to drive and be seen in them.

The 2020 Range Rover Evoque R-Dynamic HSE is such an example of a design that has consistently inspired the interest and passions of smaller crossover sport utility vehicle enthusiasts around the world.

Recently, the good folk at Jaguar Land Rover (JLR – Range Rover’s parent company) lent me an Evoque and I found it to be as fun and capable as it was visually striking.

Under the hood, a 2.0-liter, 4-cylinder turbocharged gas engine powers the Evoque, generating 246 horsepower and 269 lb. feet of torque. All Evoques are mated to a 9-speed automatic transmission. It will do 0-60 mph from a dead stop in about seven seconds.

On the outside, the Evoque’s sheet metal is both artful and functional. JLR was mindful to not fundamentally change the unusual look and lines of the Evoque from 2012 when the subcompact premium crossover was first introduced. The changes since then have been more evolutionary, more subtle. One new element is the addition of a large gloss black diffuser placed just below the tailgate. A perfectly placed crease in the sheet metal that runs the length of the vehicle really adds to its looks.

My tester came in what JLR calls Seoul Pearl Silver and came with a number of options including a panoramic glass roof, a head-up display, and 16-way messaging leather front seats. The vehicle came sitting on handsome 21-inch steel alloy wheels.

Atop the center stack are two 10-inch digital touchscreens that dominate the center console. The screens control climate functions and drive-mode settings. The cool part is that the top screen is motorized and pivots forward to give the driver a better look when the vehicle is started. It recedes back into the dash when the motor is turned off.

The cabin of my Evoque is awash in soft, supportive leather, which covers the seats, shift knob and steering wheel. The rest of the interior brightwork is a tasteful collection of glossy piano-black plastic and brushed metal. 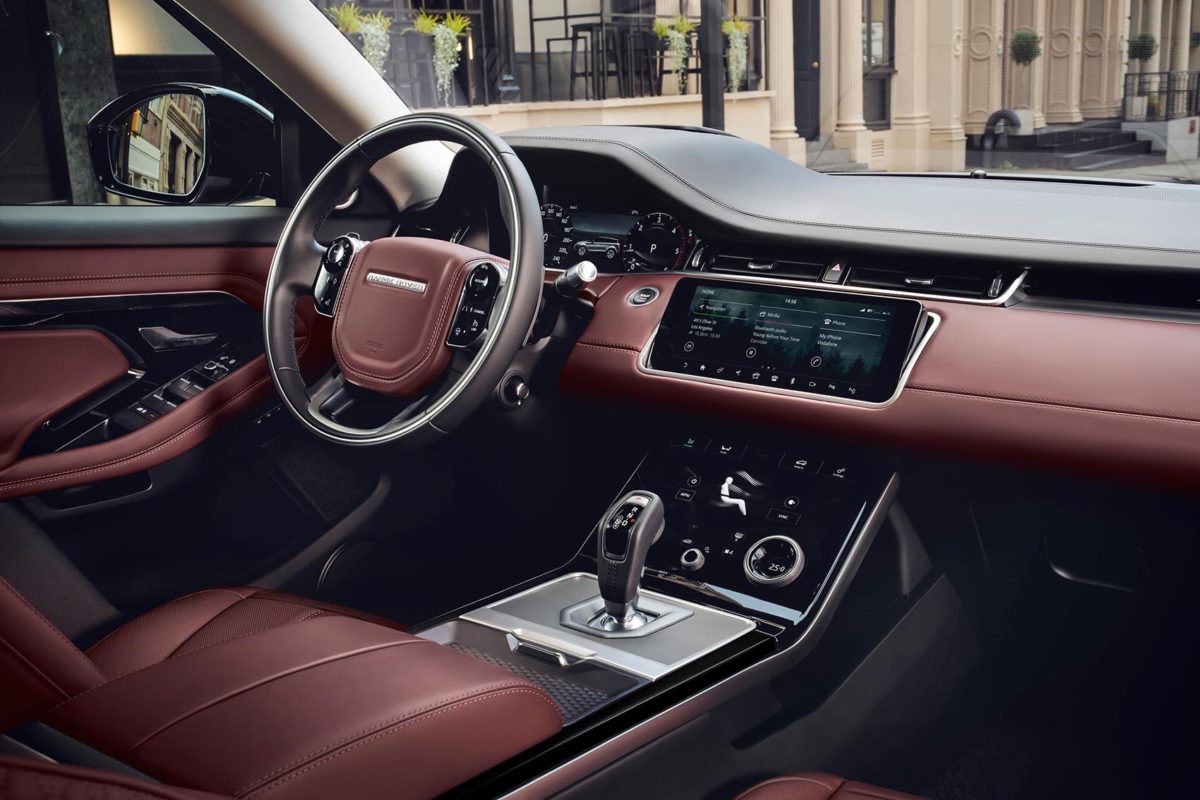 My Evoque has what JLR calls its ClearSight Ground View system which projects a view of the ground underneath the hood (or ‘Bonnet’ as our British friends would say) which is handy when going over rocks and other obstructions. While you can use the vehicle’s standard rear-view mirror, you’ll get a wider, more comprehensive view of what’s behind you by clicking on the rear camera which is ingeniously embedded in the “shark fin” satellite receiver on the roof. The images this camera captures are then projected onto the surface of the rearview mirror.                                The vehicle also has an unusual safety feature in door-mounted cameras that will scan traffic and the street to determine whether it is safe to open said doors.

The Evoque offers 8.3 inches of ground clearance with 25-degree and 30.5-degree, respectively, angles of departure in the front and rear of the vehicle. This allows the vehicle to manage most trails and unimproved road surfaces and to ford streams as deep as 24 inches.

My tester came with a suite of drive modes including normal, eco, sand, grass-gravel-snow and mud and ruts.

Because of the inherent stiffness of the Evoque’s frame, there is little body roll when making turns or going around corners. Handling is solid and steering is light but accurate.

My tester was assembled In Northern England at JLR’s Halewood Assembly plant and was built alongside the company’s venerable Land Rover Discovery Sport, Range Rover Velar (click below to read my Beach Wheels review of the Range Rover SVAutobiography) and Jaguar E-Pace.

The manufacturer’s suggested retail price for my tester as trimmed is $67,190.

Mileage during my test drive came in at 23 mpg overall, 21 mpg in the city and 26 mpg out on the highway.

Final words: If you’re in the market for a smaller crossover luxury SUV, you really can’t go wrong with the Evoque. Get to a JLR dealer and take a test drive and you’ll know what I mean.

Read my review of the Range Rover SVAutobiography here: https://bit.ly/2QVxCAU

Jeff Mitchell is a South Bay automotive writer and reviewer. Reach him at j.edward.mitchell@gmail.com