All photos by Shawn O’Brien

Onshore winds clocking in at 30 mph chilled the beach to 40 degrees all morning at Saturday’s 11th Annual Ratopia Classic at Torrance Beach. Surfers paddled out in three to four foot whitecap-ridden surf.

“Me and the other judges, Chris Wells and Shawn O’Brien, were frozen into one solid ice cube,” said legendary surfer Mike Purpus, volunteer head judge. “We had to barricade ourselves behind a folding table.”

Around lunchtime, conditions made a dramatic switch. The wind calmed down — almost offshore — and the surf glassed off.

“Usually, the finals are when the surf is at the worse with afternoon onshore wind,” said O’Brien. “The improved conditions fired the stoke of the competitors.” 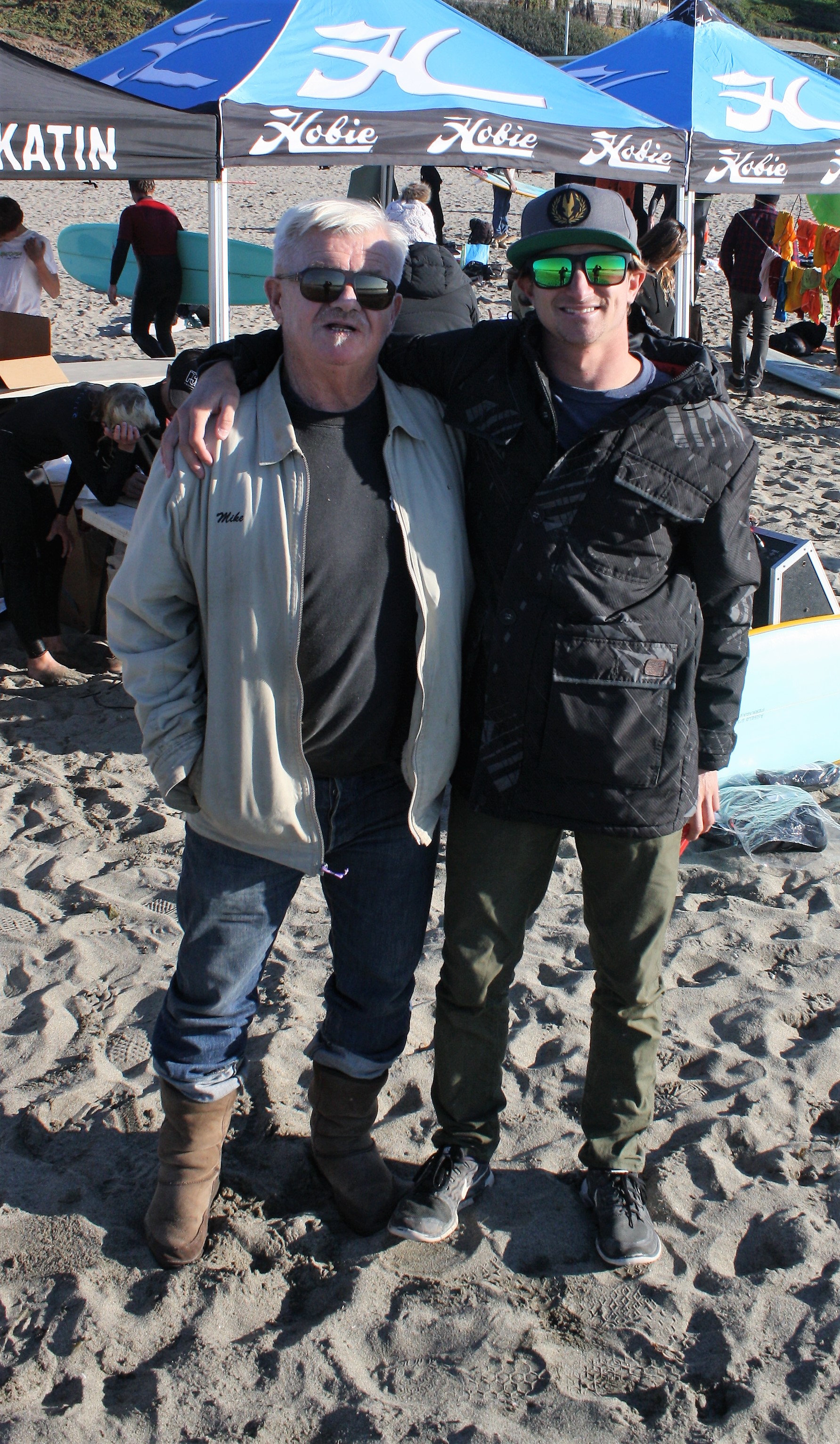 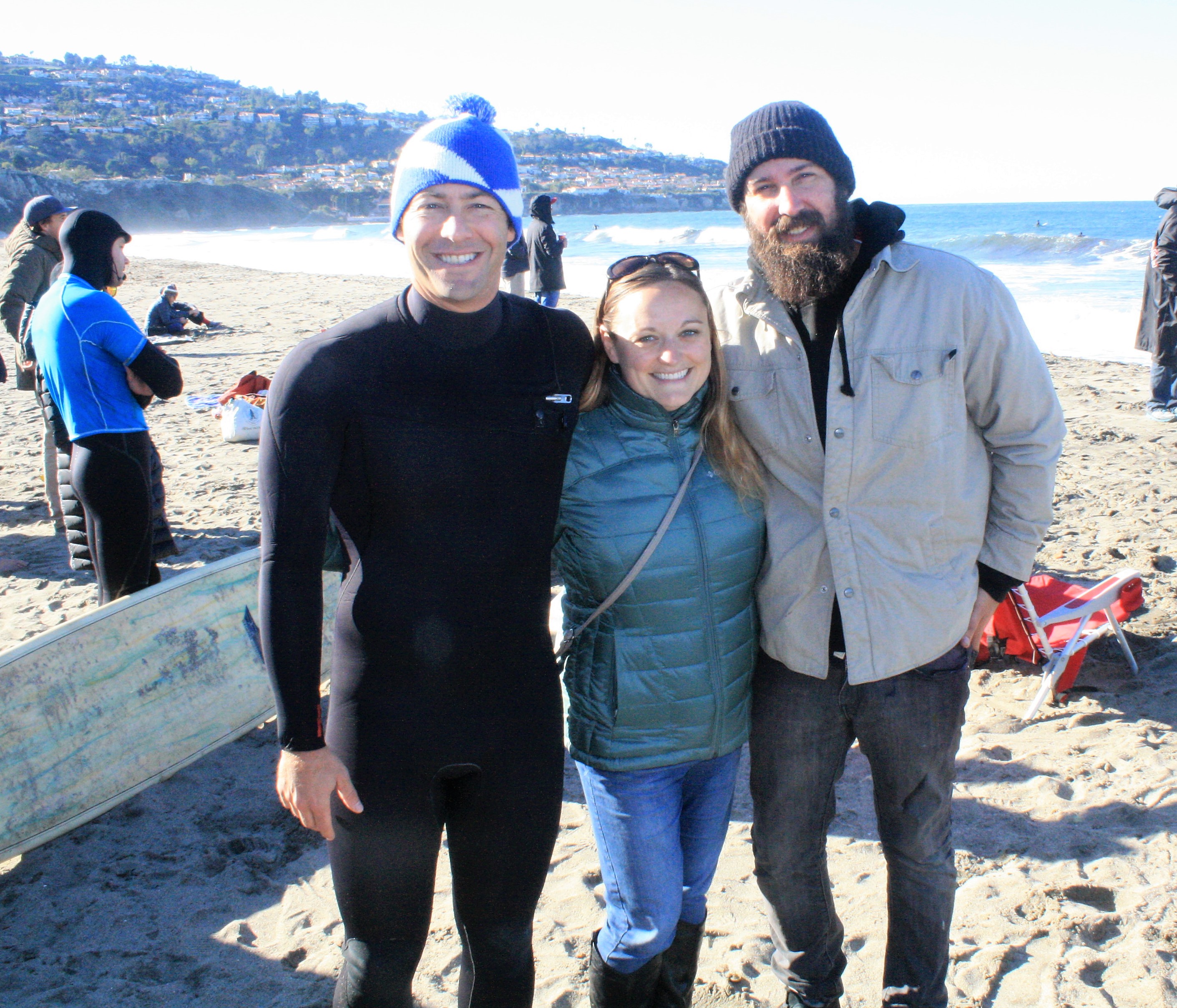 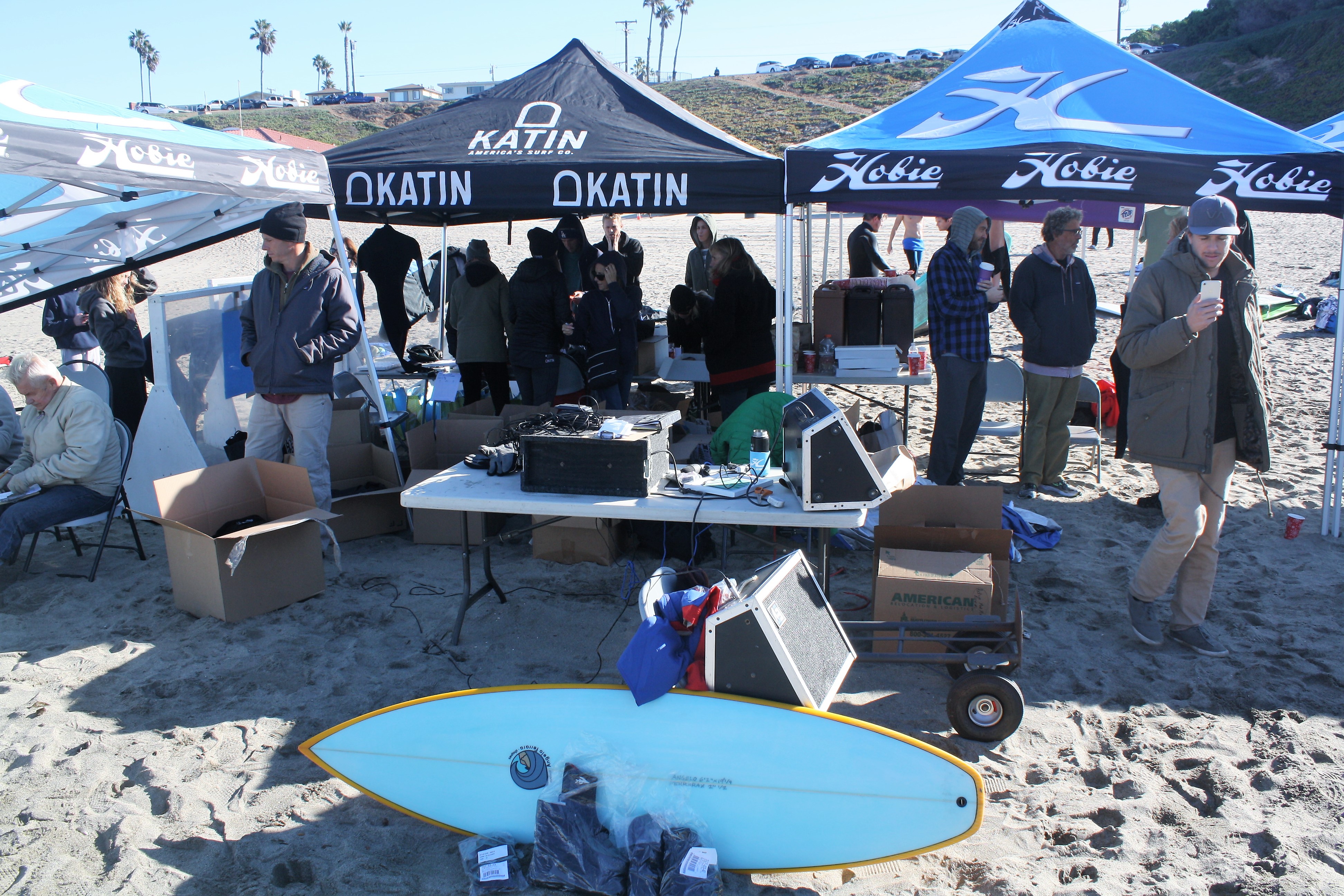 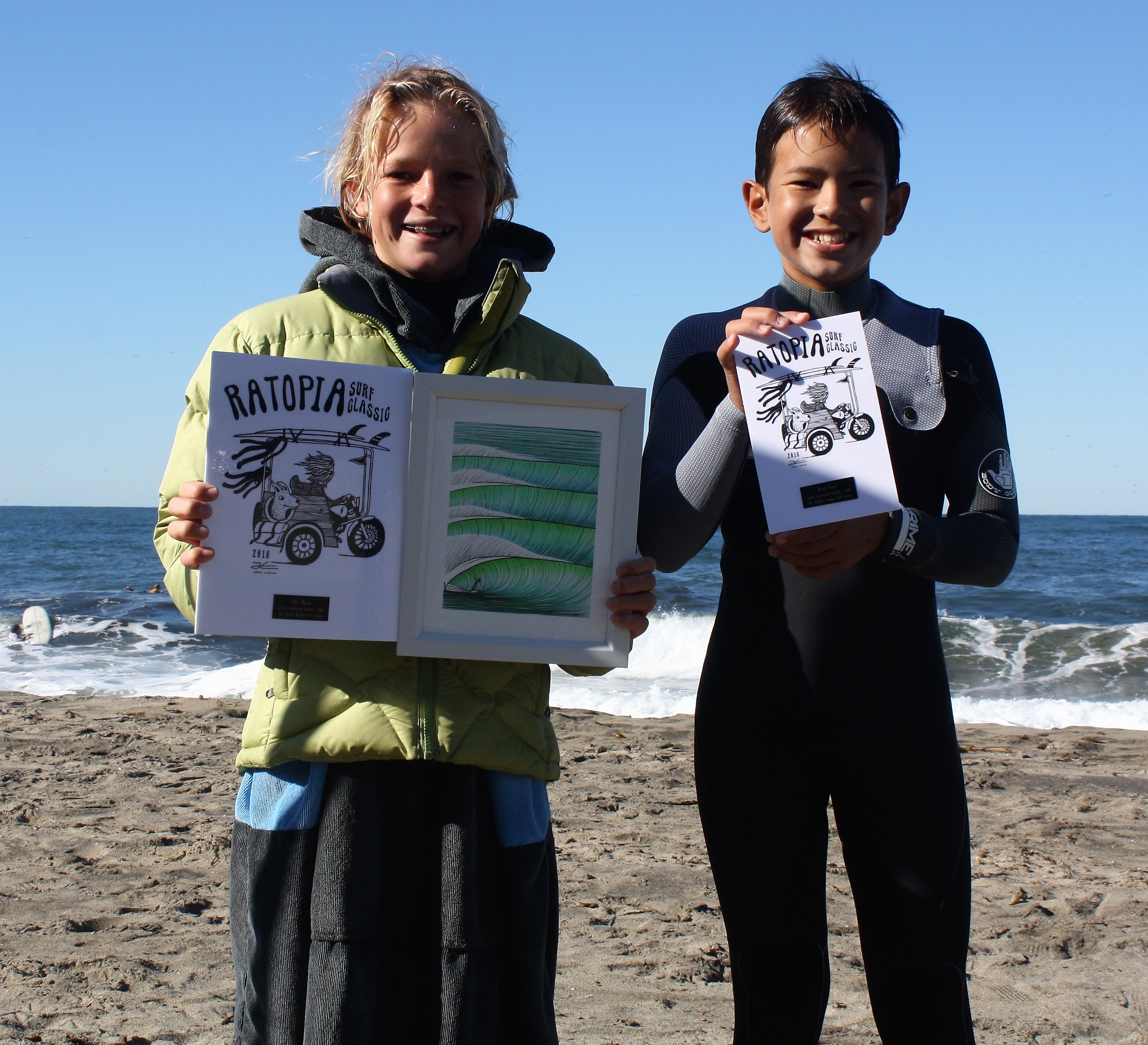 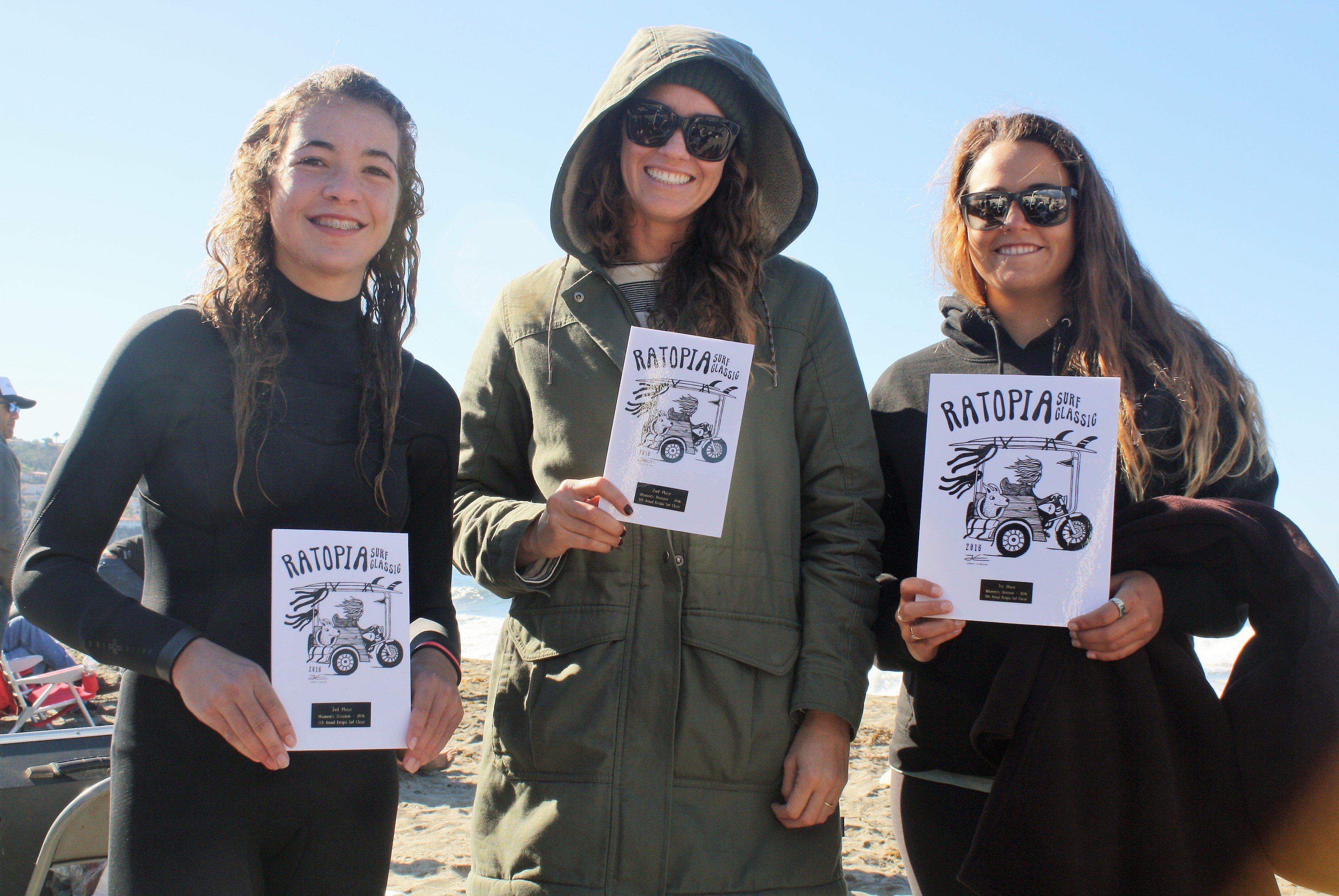 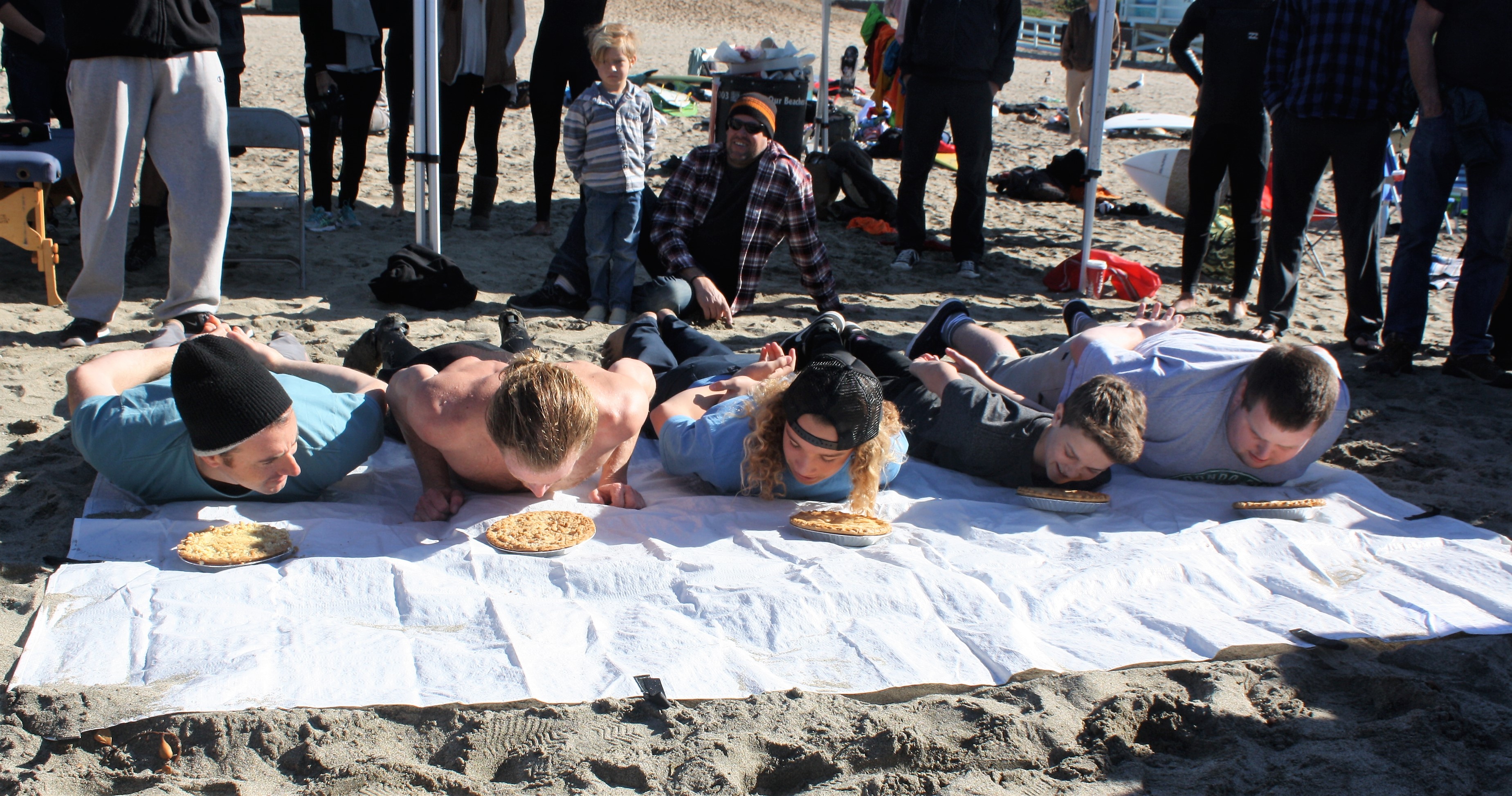 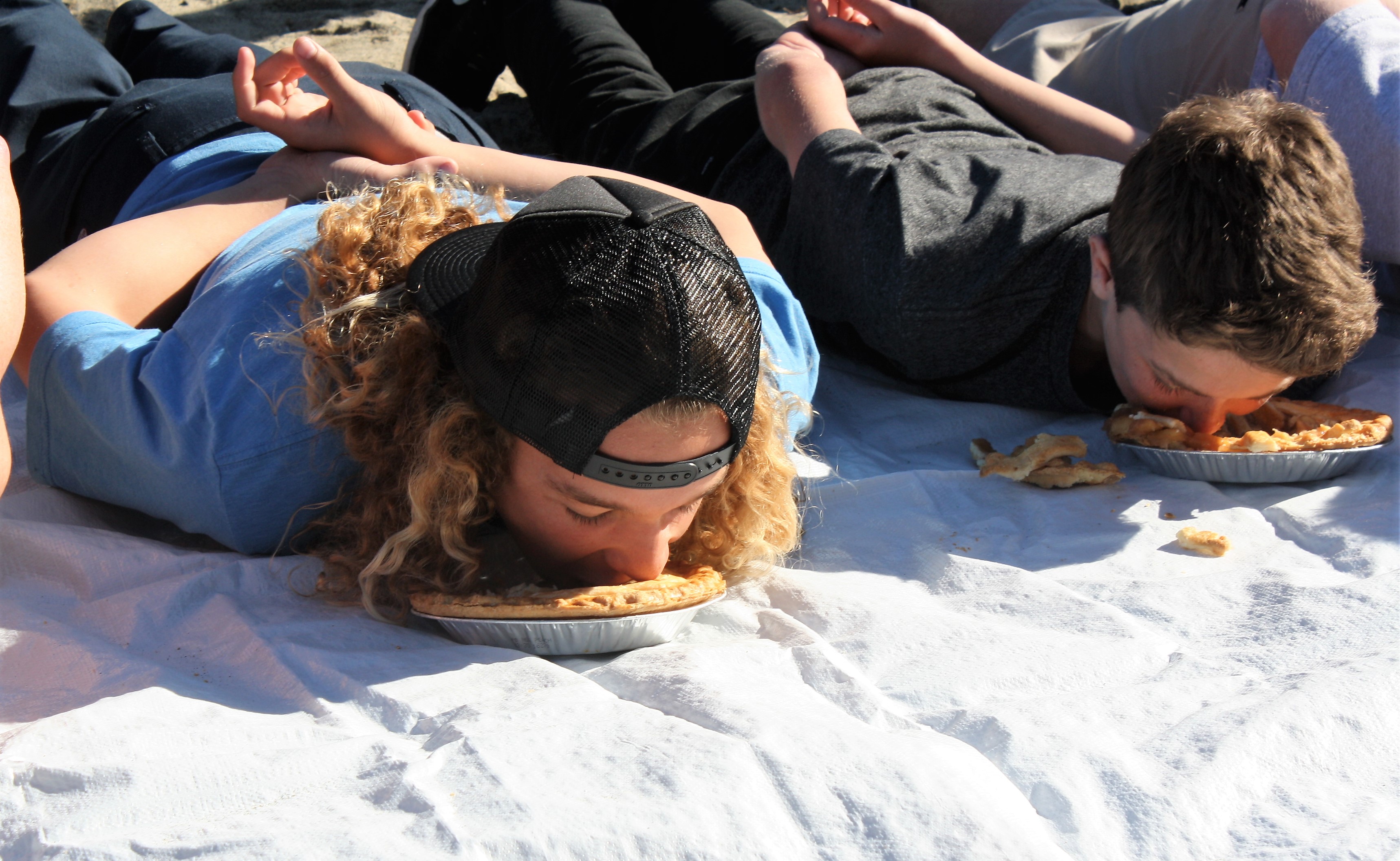 [Show picture list]
While the size dropped a tad, the shape also improved.

The contest, intended to raise awareness and funding for the Leukemia & Lymphoma Society (LLS), has raised a total of $120,000 since its founding in 2005.

“Like every year, it was an amazing turnout,” said Weber. “The community came together for a great cause. We raised $7,500 this year.”

The 13-and-under final was a man-on-man heat between Karsten Wanke and Matty Hahn.

“With primarily lefts, Karsten had the advantage of surfing frontside and squeaked out the win,” said O’Brien.

In the women’s final, it was a battle between longboards and shortboards. Palos Verdes’ Cassidy Beukema won with a huge rollercoaster while Alison Davenport placed second with long casual rides to the beach.

Karsten Wanke and Matty Hahn duked it out in the under 13 shortboard division.

Torrance’s Parker Browning used his Mighty Morphin Power Ranger powers to launch a clean air reverse for the best single move of the contest — a move that won the costume division judged by Alex Gray. Besides judging, Grey hosted a live stream of the contest through his website. He had his hands full providing color commentary and interviews (clipping Purpus before he got into detail about his Playgirl days.)

In the boy’s shortboard final, Browning placed 2nd.  Redondo Beach’s Tate Curran put on a show the entire contest. He kept his momentum winning the division.

“Curran linked the long lefts with four or five turns and cutbacks before ending with a strong finishing rollercoaster,” said O’Brien. “Parker went big, going for broke on one big maneuver — as he did all contest but just came a little short in the final.”

The heightened tension between competitors in the 19 and over men’s shortboard final could also be felt in the announcing booth. Seeking a backup score, Ry G waited patiently on the outside. Weber and Ry’s wife bombarded Ry G in the same manner of a “Honey do list” nagging for not catching any waves.

“Ry G answered back for the only air of the final,” Purpus said. “The only thing — it was too late in the game to get a backup score, finishing him in 5th.”

Second place finisher Matt Moser linked a long left in the first minutes and ended the contest with a huge off the lip. Curran, still wearing the same orange singlet from the last heat, won with his now trademark power manhandling every ripple to the beach.

Judges had their work cut out for them in the longboard division final. All but one finalist caught the maximum ten waves.

“It was the last final of the day, a day that ran the gamut of emotions,” said O’Brien. “Excellent longboard surf made it the perfect crescendo finale.”

After standing out the entire contest, PV’s Rodney Buck was in last place, bumming with 30 seconds remaining. Standing up right before the final horn, Buck locked in the longest hang ten of the event to a screaming crowd, bumping him up to 2nd. Brendan Castille won the division with long noserides and off-the-tracks rollercoasters. For more info on the Ratopia Classic, check out RatopiaCharityFund.org ER